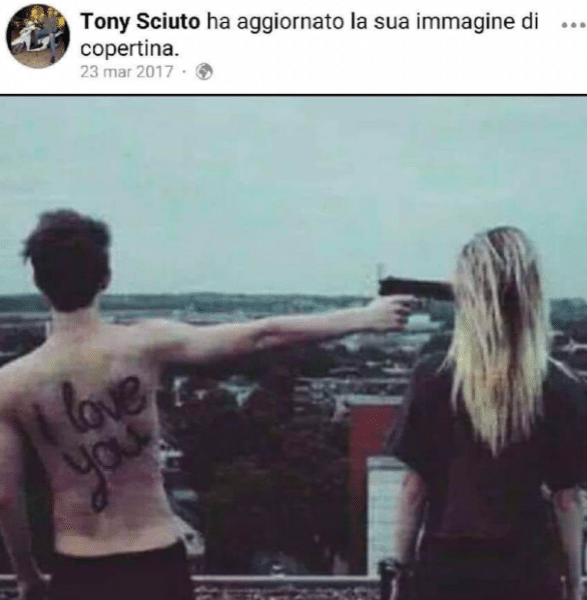 Four femicides in 24 hours: Talibans are not only in Afghanistan. Everywhere in the world one sex is oppressing the other, and violence is a function of domination. We cannot consider our Afghan sisters as "us" and "them". The fight for women's freedom is one and the same.
afghanistanfemicidefemminicidiopatriarcatopatriarchytalibanviolenceviolence against womenviolenza maschileviolenza sulle donne
Condividi questo articolo

Four femicides in 24 hours. Four women were killed by men related to them - husbands, fathers, boyfriends, former partners - simply because they were women. A mother and a daughter in Carpiano, near Milan. A wife in the province of Bologna. A girl, killed by her former boyfriend, in Aci Trezza, in the province of Catania.

The details of such events are useless if not to confirm, once again, the inefficacy of the measures of protection: those who should be distanced never really go away, those who are reported get angrier and the warnings raised by women always get ignored.

It is pointless to delve into the lives of the victims and their executioners in search of the 'reasons behind the tragic act' (i.e. possible justifications for the murderer): he was depressed, he was crazy, he had lost his job, he was blinded by jealousy. The outcome of these quests can only produce horrifying headlines like this one from the magazine Corriere della Sera.

Read: that man must have been really desperate to kill 'his light', together with his mother - who was not good at keeping house - by shooting her in the head. When you seek for the 'reasons of this tragedy', you are looking for ways to comprehend, find a rationale, put yourself in the killer's shoes, understand him, and induce compassion towards him.

Vanessa Zappalà - 26 years old, killed in Aci Trezza by her former partner Tony Sciuto - had left the man because of his continuous mistreatment. Sciuto - the image at the top is taken from his Facebook profile - killed Vanessa (and then killed himself) because of this. He demanded that she stayed with him allowing him to keep being abusive. He demanded that she stayed with him to let him "be a man" as he understood being a man, for whom the control of women is a must, whereas the loss of control is an unbearable dishonour.

In his latest version, released by the police - the man was later found hanged in a cottage not far from the site of the femicide - Sciuto looks like a Taliban: long beard, grim look. A very striking resemblance.

The Taliban explicitly set up the control of women as the cornerstone of their regime and elevate it to a political system. In Taliban's Afghanistan, patriarchy shows itself in its archaic purity and extremism and does not need pretence. This is the face that the regime intends to expose to the world, this is its idea of social order, a bulwark against the terrible disorder of the pre-Islamic Jāhiliyya.

But the logic - control and domination- are the same that we see operating with femicides. The killings of women reveal a self-evident truth. Feminine freedom, female desire, cannot have much of a chance. Every two or three days someone strangles a woman or puts a knife in her belly or a bullet in her head to remind us of this. Rape, mistreatment, violence, harassment, injustice, the attempt to make us disappear, all this is a reminder of that.

It is important, to be successful, to maintain the perspective of a common plight, that is having to deal every day with one sex who oppresses the other, albeit with different degrees of ferocity.