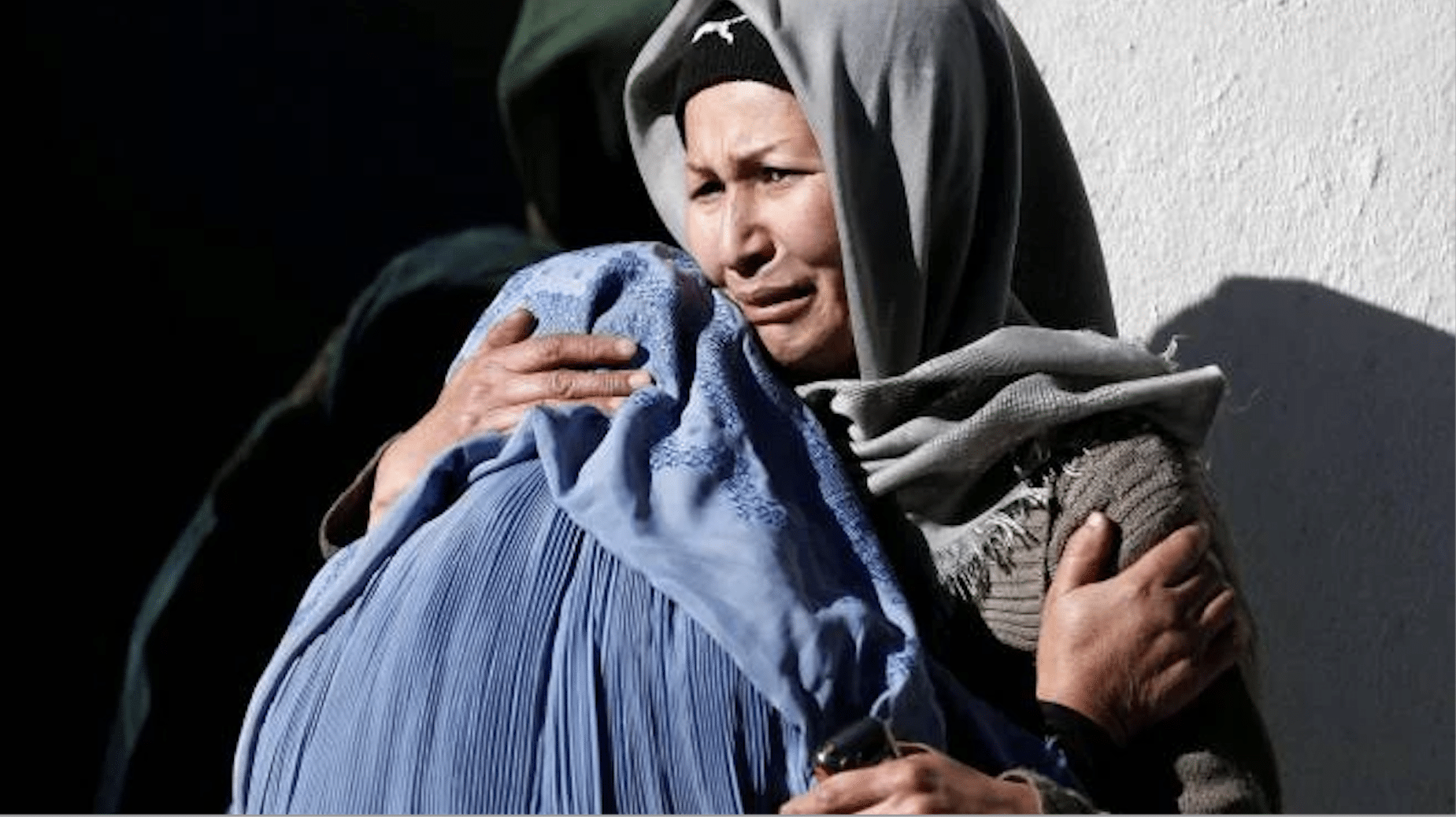 Women’s freedom was writ large on the banner of Western “liberators” of Afghanistan.  And women’s freedom is now the very first target of the Taliban restoration there.

No more school, girls- the poignant farewell of the teachers to their pupils. Leave your jobs, ladies – these places are now only for men. Once again females are inmates, obliged to have a male guardian always at their side. The young virgins without husbands and the interesting widows are sacrificed to the needs of warriors, imprisoned in veils and burqas fished out of trunks.

Every sign of female freedom, even on advertising posters, is being meticulously erased in these hours by the old-new masters of the country, welcomed as liberators from the Western yoke as they advanced so quickly towards Kabul, encountering no resistance, to restore the Islamic Emirate.

From the very beginning, women’s bodies have been pawns, targets and playing fields for a match between men: torturers, jihadists, soldiers, “liberators”, democratic touts, businessmen, the corrupt, cowardly fugitives and traitors.

The consequences of what the media today refer to as the “West’s debacle”, and the new Vietnam, are currently incalculable. But there is no need for any calculation to know what will happen to Afghan women: we are already seeing it as we have seen it over the centuries. All of our flesh bears the marks, from mother to daughter, of violence and oppression.

There is no us and them. What is happening to them – erasure and disappearance –  can happen to us too.  Their struggle, their resistance is also ours.

The men’s game has been and continues to be a failure, and not just in Afghanistan. All are ending badly. And we women, everywhere in the world, are the first to pay the price for the deeds of foolish men.

We must unite and activate our international networks to ask the governments of our countries, with a single voice, to organize humanitarian corridors and prepare to receive these women and girls (at the moment at Kabul airport only men are trying to escape).

24 Italian female athletes take legal action against male ultra-athletes in their sports.
The sportswomen -including Cristina Sanulli and Denise Neumann, beaten by Valentina Petrillo, a male athlete, - claim to be deprived of fair competitions, in violation of the Equal Opportunities Code. And they write to Minister Bonetti and Undersecretary Vezzali. No answer so far.

Italian Taliban
Four femicides in 24 hours: Talibans are not only in Afghanistan. Everywhere in the world one sex is oppressing the other, and violence is a function of domination. We cannot consider our Afghan sisters as "us" and "them". The fight for women's freedom is one and the same.