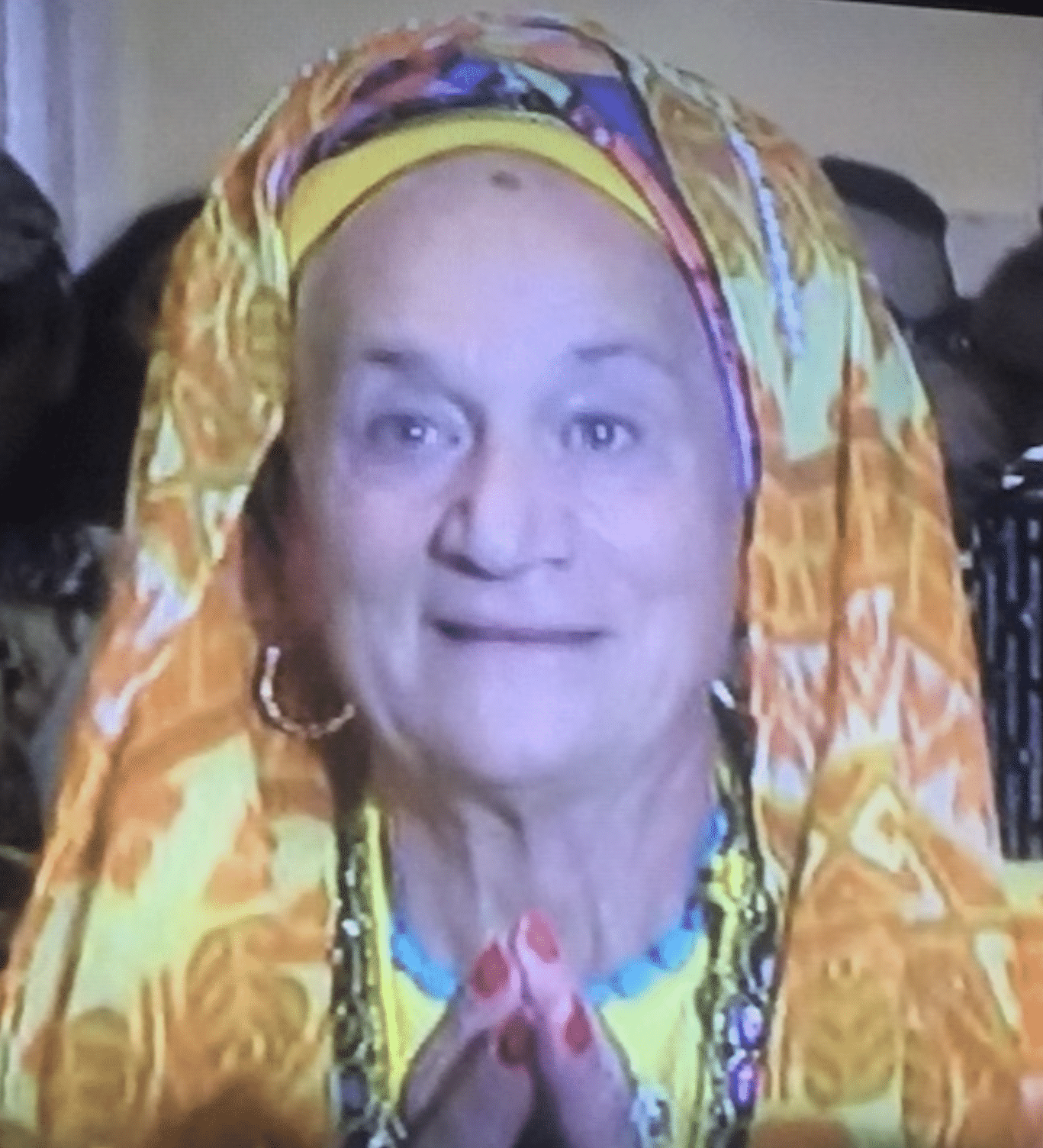 In Italy the transcult came as a surprise. We would never have believed it.

Some of us had been following UK events for some time – starting with the attempt, which was finally abbandoned, to reform the Gender Recognition Act – and overseas but mistakenly we thought that nothing of the kind would ever happen to us. In Southern Europe, gender identity presents itself as cultural abuse. When I try to tell our Anglo-Saxon sisters about the millenary culture of sexual differences in the Mediterranean basin, I often use the example of the juta dei femminielli, a trans pilgrimage every 2 February to the sanctuary of Montevergine on Mount Partenio – “della Vergine” – also known as the sanctuary of Mamma Schiavona, not far from Naples.

The femminiello (little female) is a very important figure of the Neapolitan millenary culture. It is a male born person who identifies as neither a woman or a man. Femminielli stay with women, one could say that they remain close to their mother, but they do NOT say they are women, they do not claim to be recognized as women. There are also masculillas (little males) – see here – born of female sex who live, behave, dress as male, but they are less frequent cases. As in the case of the current MtF and FtM transitions – see here – it would be wrong to read the two conditions as perfectly symmetrical. Tradition represents the attempt to give order and to socially recognize the breaking of gender stereotypes – without violating the bodies -.

Due to this prerogative, the femminiello has always been a sacred creature, responsible for the administration of some rituals: when a child is born, he is placed in his arms as a good omen, one relies on him as a “celebrant” in group games that preserve the characteristics of the rite such as the Tombolata del Femminiello (from which men are strictly excluded) which refers to the Smorfia, the secret meaning of numbers. He is a direct descendant of the Coribanti, eunuchs consecrated to the Goddess Cybele, males who self-emasculated in the Dies Sanguinis and wore women’s clothes to celebrate the Great Mother.

The sanctuary of Mamma Schiavona stands right on the ruins of the temple of Cybele. The myth states that it was Cybele who revealed to Virgil about a virgin that would give birth to an infant god. Therefore Mary would give birth to Jesus and the goddess would abdicate in favor of her son. Jesus Christ is still covered with the divine matter of his mother, he is an androgynous figure, an anomalous male of his time. Today we would say that even Christ breaks with the gender stereotypes of his time, does not fully align with the culture of domination. The tradition of the femminielli is therefore inscribed in the cult of the mother, it is a tribute to the mother. Another ritual, the “litter of the femminiello” – who gives birth to a doll, the birth bed surrounded by her fellow creatures – imitates and honors female fecundity. And in the popular districts of Naples it has always been women who decide which femminielli could be admitted around them and which couldn’t.

The tradition of the femminielli fits perfectly – to use the words of Luisa Muraro – in the symbolic order of the mother. But this symbolic and social status is changing. One could speak of a progressive transition from the mother’s order to that of the father.

Today femminielli are called trans, they are trans like all the others, they ask to be recognized and named as women, they claim rights and support gender identity policies. It is ignoring the roots of the femminielli. The signing up to the Anglo-Saxon imported LGBTQ world has eradicated the femminielli from their fabric. Juta dei Femminielli is increasingly politicized. Taxonomy and technique take the place of the sacred. Losing the Mother, turning against the mother – the first movement of the patriarchate that is renewed in the initiation of every child – they too fully subscribe to the male world. They lose their sacredness and their radicality in exchange for emancipation from their mother to be enrolled in the symbolic order of their father.

The paradox is that by “becoming” women, naming themselves as women and somehow trying to replace women, they sever their link with the female world which is no longer their place of nourishment and they become part of the neutral male. This is a movement similar to what we observe among increasingly defeminized gays. Over time, gays have lost all characteristics of effeminacy, accentuating male stereotypes – beards, muscles, social aggression -. They often present themselves as more macho than heterosexuals, they emancipate themselves from the feminine by claiming a perfect homologation to the world of heterosexual males – careers, homes, children and everything else – including the right to have women who have children for them, in exchange not for marriage. but of a one-off liquidation.

During a conference as part of Pride one gay man explained it to me just like this, it shocked me: “Straight people keep women in exchange for children, I don’t want a woman to support but I pay her anyway, in one go. What’s wrong with that?” We can therefore say that there is a neutralization of the differences in the direction of the masculine, because the neutral is masculine. In this movement towards the masculine also the relationships between gay and trans MtF appear much improved. They have always been rather conflicting relationships: the gay world has always scorned and ridiculed trans women, and in turn trans have never liked “fags”. Today both gays and trans – especially their noisiest and “politicized” part – fan the flames of conflict against women, ridicule them, inferiorize them, misogynistically make them the lumpenproletariat of womanhood. Many behave no differently than the worst heterosexual males.

In our country the cult of the mother is still very much alive. Almost everything refers to the mother. The world smiled when the players of our national team, after winning the European title at Wembley, first called their mothers to share the happiness of victory. Here Madonnas continue to appear from all sides, there are apocryphal Catholic rites in which the people give back to Mary the protagonism that the canons of the Church have taken away from her. But the conditions for practicing this “cult” became more and more difficult. The paradox of our record birth rate can also be read as the response of real women to a social and symbolic situation of loss of centrality of the mother figure and of absolute ingratitude towards her. If you have a child you risk losing your job, lack of services and help, smaller and smaller families are unable to support you. Remaining in Naples, the case of a girl thrown off the bus while she was in labour because she had not had time to buy the ticket made national healines. She had to walk to the hospital, bent over in pain. A story that says it all. In telling the story, the girl used precise words: there is no more conscience, she said. Co-science in the sense of shared wisdom on the irreplaceable nature of the mother and child relationship – or as the foundation of civilization.

It is not in question the woman’s freedom whether to choose to be a mother or not. We are talking about the symbolic order, not about singular experiences. It is a question of reducing the experience of being a mother to insignificance, an experience that is only of women, to a sort of frank persecutory hatred, anti-maternal policies and technologies. And this has to do with everyone’s freedom. Much of the violence to which we have been resisting in recent years has as its object the maternal relationship: “uterus for rent”, sale of oocytes and medically assisted reproduction, “male” pregnancies, well-funded research for artificial uterus and uterus transplantation; lack of services, wage injustice, low employment levels, layoffs; fathers who, with the silent complicity of the Courts, snatch daughters and sons from their mothers; ending up with the masculine redesign of the boys and girls bodies, brought into the world by women, bodies that are hormonized, surgically reshaped, disassembled and reassembled by men who make huge profits in this process of “giving back to the world”.

It is simply the last and definitive articulation of what the patriarchy movement has always been: taking the place of women, taking their daughters and their sons, returning them to the world of men. Erasing their being born from women’s bodies: the new “spirit” in which to be reborn is the free gender identity, substitute for the “old” incorporeal soul. Therefore, also in the resistance to gender identity, the re-valorisation of the maternal relationship is decisive.

The entire transhuman project of replacing sex with gender is based on symbolic matricide and the liquidation of women. The alternative can only be a female-rooted civilization.

Rebecca Solnit refuses to talk to me

Olympics, 2 August: the unmissable Laurel Hubbard, first trans athlete to compete!
Born Gavin, Hubbard has made a big splash in women's weightlifting ever since he self ided as a woman. But he is not given as a favorite: maybe even for the CIO a gold medal would be embarrassing to explain in front of the world

24 Italian female athletes take legal action against male ultra-athletes in their sports.
The sportswomen -including Cristina Sanulli and Denise Neumann, beaten by Valentina Petrillo, a male athlete, - claim to be deprived of fair competitions, in violation of the Equal Opportunities Code. And they write to Minister Bonetti and Undersecretary Vezzali. No answer so far.