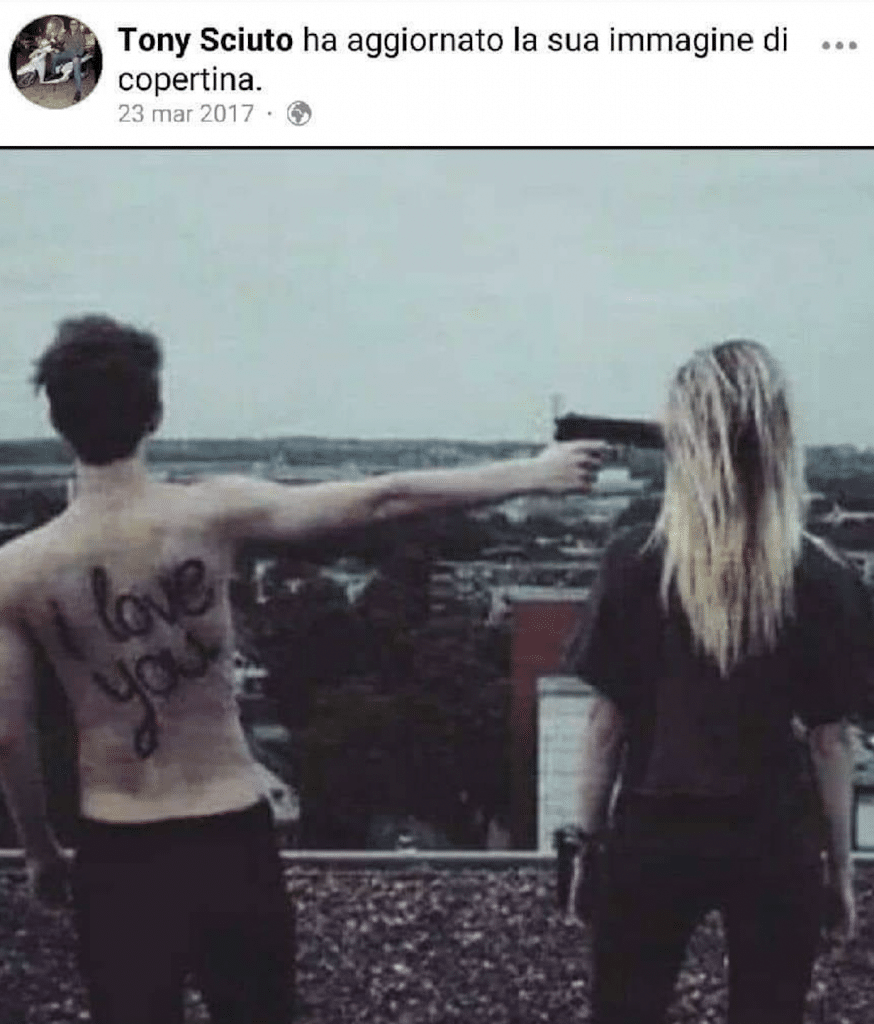 4 feminicides in 24 hours: Taliban not only in Afghanistan. Everywhere in the world one sex oppresses the other, and violence is a function of domination. Let us not think of the Afghan sisters in terms of 'us' and 'them'. The struggle for women's freedom is one
domainfeminicidemisogynypatriarchateTalibantony sciutovanessa zappalàviolence
Please be aware that the translation of contents, although automatic, has a cost to Feminist Post but is provided to you without any charge. Please consider making a contribution via the "Support us" page if you intend to use our translation service intensively.
The contents of this site are translated using automatic translation systems without the intervention of professional translators.
Translations are provided for the sole purpose of facilitating reading by international visitors.
Share this article

4 feminicides in 24 hours. 4 women killed by men close to them - husbands, fathers, boyfriends, ex- for being women. A mother and daughter in Carpiano, Milan. A wife in the province of Bologna. A girl killed by her ex-boyfriend in Aci Trezza, Catanese.

Chronicle details are useless if not to confirm, once again, theineffectiveness of protection measuresThose who are turned away do not turn away, those who are reported to be on the loose are enraged, the alarms raised by women are not heard.

But there is no point in delving into the lives of the victims and their executioners in search of the 'reasons for the tragic act'. (i.e. of possible justification for the murderer): he was depressed, he was crazy, he had lost his job, he was blinded by jealousy. The outcome of these searches can only produce horrifying headlines like this one from the Corriere della Sera

Read: that man must have been really desperate to kill "its light"Together with his mother - who was not good at keeping house - he shot her in the head. When you go looking for the "reasons for the tragic act" you are looking for to understand, to find a rationale, to put yourself in the shoes of the killer, understand it, induce compassion towards it.

But the rationale is always one and only one, no point in looking for something else, unless you are determined not to see it and not to deal with it. The reason is domination, the plan of the struggle is this, and this alone.

Vanessa Zappalà, 26 years old, killed in Aci Trezza by her ex-boyfriend. Tony Sciuto, had left the man because of his continuous mistreatment. He -in the opening image taken from his Facebook profile- killed her (and then killed himself) for it. He demanded that she stay with him and let him abuse her. He wanted her to let him be a man as he understood being a man, for whom the control of women is a must, and the loss of control an intolerable disgrace.

The victim is always a woman who discards, who shuns domination. Those crimes are honour killings. The scene is always the same, in an endless loop. Everything else is just variable outline.

In his latest version, released by the police - the man was later found hanged in a cottage not far from the site of the feminicide - the police said that he had been murdered. Sciuto looks like a Talibanlong beard, grim look. Very striking resemblance.

I The Taliban make explicit and elevate the control of women as a political system as the cornerstone of their regime. In Taliban Afghanistan patriarchy shows itself in its archaic purity and radicality and it needs no pretence. This is the face that the regime intends to expose to the world, this is its idea of social order, a bulwark against the terrible disorder of the pre-Islamic Jāhiliyya.

But the logics -control, domination- are the same that we see at work in feminicides. The killings of women uncover a pot that has never stopped boiling. Women's freedom, women's desire, can only have so much scope. Every two or three days someone strangles a woman, or puts a knife in her belly or a bullet in her head to remind us. Rape, mistreatment, violence, harassment, injustice, the attempt to make us disappear are daily reminders of this, in every moment of our lives.

It is a mistake to think of the Afghan sisters as completely unfree, and us as absolutely free.

This is important in order to be effective, to keep track of a common condition, having to deal every day with one sex oppressing another, albeit with varying degrees of ferocity.

By You, International News
Male violence
The Iranians are fighting for us too
Women in Iran are oppressed, violated and killed precisely because of their bodies as women. And their revolt could free everyone and everyone. Is'the woke West of'gender identity and 'freedom of the veil' ready to understand and support this revolution that blows for us too? Woman, life, freedom
In the uncertain and ever-changing geopolitical order of our time, in the midst of a global political agenda that from right to left forgets women, betraying, albeit in different ways, female exclusivity and the richness of sexual difference, the struggle of Iranian women has something epic, something moving. The killing of Mahsa Amini shows how the issue of the 'veil as freedom' is the quintessence of intellectual dishonesty, of logical fallacy, of an age-old lie. To 22-year-old Mahsa, the desire to 'feel the [...]
Read now
1 2 3 ... 11 Next »