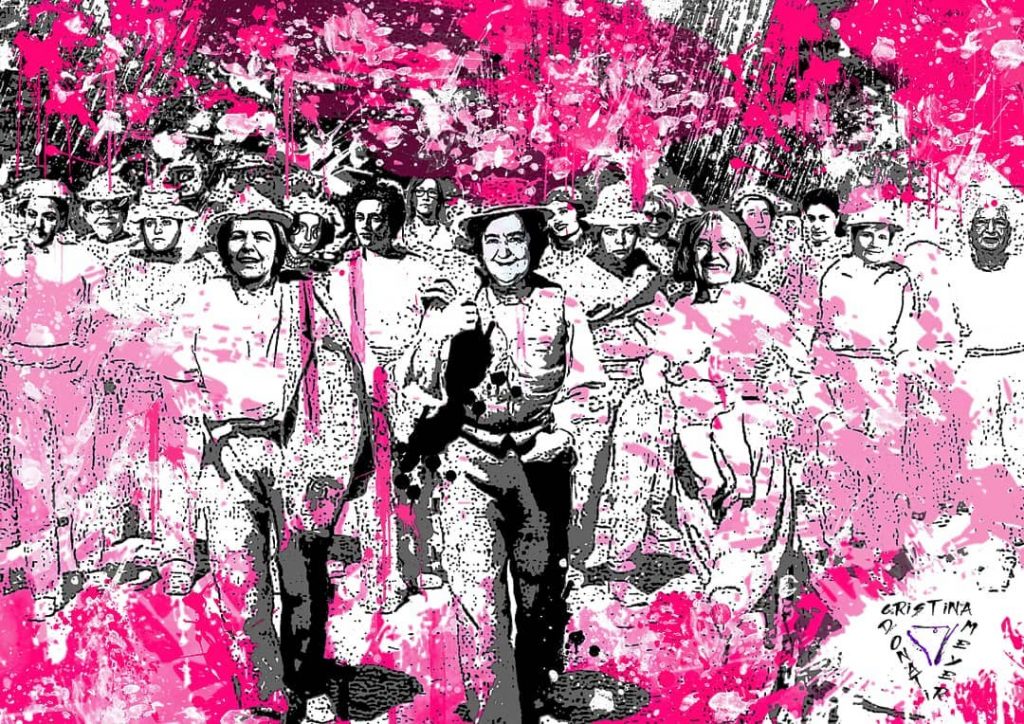 COMMUNICATION FROM THE FEMINIST NETWORK AGAINST THE ZAN DDL #NoncancelleRete

The protection of homosexual and transsexual persons is a different game from that of gender identity, which aims to reduce human sexuality to insignificance. The two levels must be kept separate. The Senate should vote in full conscience
self-certification by genreddl scalfarottoddl zanfeminismidentity by genreitaly vivaPdself idsenate
Please be aware that the translation of contents, although automatic, has a cost to Feminist Post but is provided to you without any charge. Please consider making a contribution via the "Support us" page if you intend to use our translation service intensively.
The contents of this site are translated using automatic translation systems without the intervention of professional translators.
Translations are provided for the sole purpose of facilitating reading by international visitors.
Share this article

The Zan dossier is too important to be left to the electoral tactics and personalism of politicians.

In question, with the introduction of thegender identityis a model of civilisation in which human sexuality is reduced to insignificanceThis is a matter for everyone.

We have indicated the possibility of returning to the Scalfarotto bill of 2018 -then relaunched by Italia Viva- because that text, born in the centre-left, guarantees the necessary protection of homosexual and transgender people without venturing into the minefield of gender identity.

By making gender identity its centre of gravity, the Zan bill intends to surreptitiously and effectively reform law 164/82. -and subsequent rulings-, a law regulating the pathway to transsexuality.

These are two completely different games.

The protection of homosexuals and transsexuals undoubtedly expresses the will of the majority of citizens. A majority that certainly does not apply to gender identity, first step in the direction of gender self-certification.

Self-certification of gender means freely deciding one's sex, regardless of one's birth sex, by means of a simple administrative act, without expert opinions or judgments.

The battle for self-certification has raged throughout the western world. The overwhelming majority of Britons -94 per cent, according to a poll by The Times- said no. There is no reason to believe that things are any different in Italy.

On this very sensitive issue, which nothing to do with the rights of homosexual and transgender peoplethe widest and most thorough public discussion is needed.

We therefore appeal to the conscience of Senators to consider the true scope of the issues and not to represent, with their vote, a country far removed from the real country, for mere stable orders.

We reiterate our proposals, which have always been the same:

- no to gender identity

- no to the term 'sex' - understood, according to the proponents' statements, as an extension of the law to the fight against misogyny and misandry

- transactivist propaganda out of schools

International news
Gender Identity, Motherhood
UK: health service backs down on 'transgender maternity' services after midwives revolt
Fighting is needed: in Great Britain midwives and nurses are rebelling against the announced opening of courses and wards dedicated to the pregnancy and birth of 'trans and non-binary' people. And the NHS stops the initiative. Meanwhile, in the USA there is talk of uterus transplants between living people: donor women for the benefit of men who wish to have 'female physiological experiences'. The old patriarchal dream: to take the place of women. Today acted out by neo-patriarchs T
Fighting serves. The revolt of midwives and nurses has foiled the English National Health Service's (NHS) plan to organise dedicated 'transgender maternity' services. On 16 December, an advertisement had appeared to recruit staff to manage the training of 'trans and non-binary people giving birth' in 40 NHS maternity services, an announcement that provoked an immediate reaction from midwives. A group of around 300 nurses, midwives and psychologists wrote an open letter to Lizzie [...]
Read now
1 2 3 ... 48 Next »