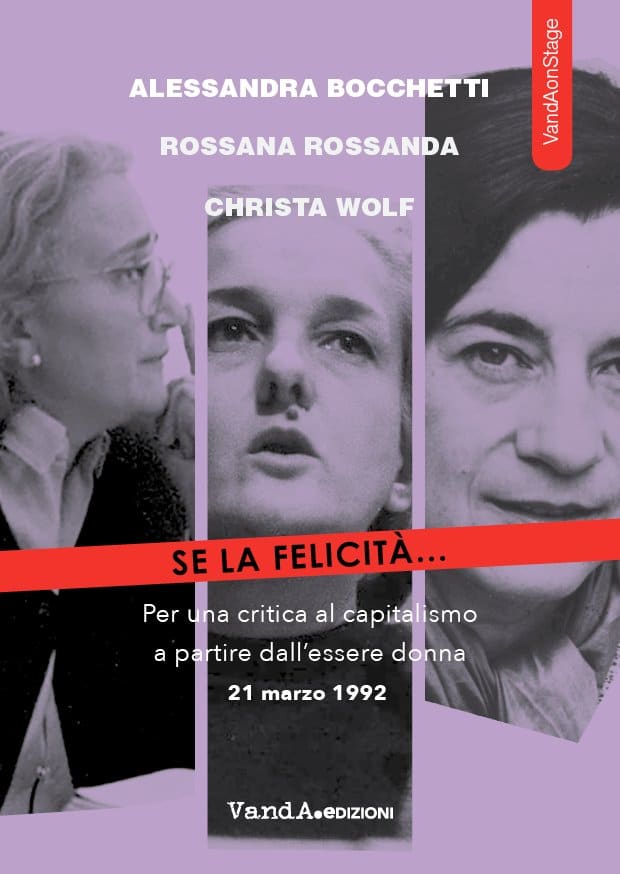 alexandra bocchetticentre cultural Virginia WoolfChrista WolfRossana Rossandaif the happiness...VandA editions
Please be aware that the translation of contents, although automatic, has a cost to Feminist Post but is provided to you without any charge. Please consider making a contribution via the "Support us" page if you intend to use our translation service intensively.
The contents of this site are translated using automatic translation systems without the intervention of professional translators.
Translations are provided for the sole purpose of facilitating reading by international visitors.
Share this article

One glimpse of the very early 1990s, a few months after the fall of the Berlin Wall, event that definitively sanctioned the end of the Cold War and set in motion a process of upheaval in the geopolitical scenario that would be given the name of globalisation.

It is 21 March 1992. Alessandra Bocchetti, a feminist and founder of the Virginia Woolf Cultural Centre in Rome, invited two protagonists and witnesses to discuss the issue. -each in their own way - of that historical passage. In front of a packed and attentive female audience Christa Wolf, citizen of the former GDR and author of the beloved Cassandraand the communist Rossana Rossanda, committed to coming to terms with the failure of real socialism, a project to which Rossanda has devoted her entire life as a political intellectual.

As a feminist, Bocchetti asks the two women to confront "from within" an apparently impolitic object: the search for happiness in their own lives as a means of fighting against capitalism.

Wolf and Rossanda venture on this track with some hesitation.

Happiness, says Wolf, is "to be alive with every fibre of my body, my soul and my mind... is to be wholly acknowledged".

"I don't think politics should be about happiness."Rossanda resists. "When politics deals with it, it becomes authoritarian politics, it produces an ethical state.".

Wolf again, talking about the moment when the Wall fell: "These hours were, perhaps, the happiest of my life ever.". While Rossanda recalls "the end of the war in 1945, although it was difficult to be exactly festive: we were too loaded with dead people behind us".

The confrontation between the two intellectuals unfolds between memories, analyses of the present, gambles on the future and even prophecies. It is Rossanda who is Cassandra when provides for the "total commodification" and assigns women in particular the task of resisting. While Wolf imagines "the hungry masses that will come knocking on the doors of Western Europe".

Bocchetti's text faithfully quotes the words of the two rapporteurs - as well as her own as moderator - offering the portrait of an apparently different feminism from that of today: it is interesting to try to draw the lines of continuity and recognise the discontinuities.

Photographing that moment of crisis, the book also offers keys and insights into the far more devastating crisis we find ourselves in thirty years later, the knots of globalisation coming to a head. A process that began at that very moment, when the everything was preparing to become capitalism and market, with profit maximisation and an unimaginable increase in poverty and social inequality.

Even today, more than ever, a reading of what happens starting from being a woman is necessary.

Alessandra Bocchetti, Rossana Rossanda, Christa Wolf If happiness... For a critique of capitalism starting from being a woman - 21 March 1992, VandA Editions, March 2021 (to purchase, click here).

International news
Radical Feminism, Gender Identity
The global abolition of sex
The law just passed in Scotland replacing sex with free choice of gender. The one being passed in Spain. And Germany's project. In her article in Newsweek, Kara Dansky also warns the United States about self-id. But from Great Britain, Sweden and Finland come signals in stark contrast: the game is still to be played.
22 December was a black day for gender critical feminism: in spite of lively protests outside Parliament, Scotland passed the law allowing gender self-identification or self-id -without exception for sex offenders who will be able to freely access women's spaces by identifying themselves as women. Also in Spain, the Ley Trans, which has a very similar structure, has passed the first step in the lower house and is on its way to final approval in the coming weeks [...].
Read now 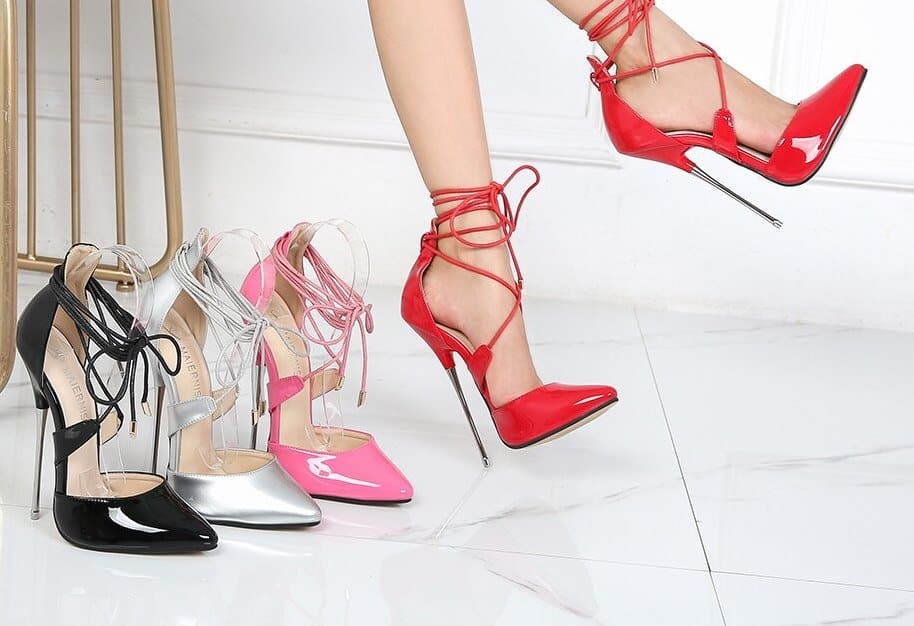 Insights
Radical Feminism, Gender Identity
Say goodbye to female 'beauty' to abolish free gender identity?
Unless stereotypes expressing femininity are broken down, transgenderism will never be beaten. By disguising themselves 'as women' as masochistic fetishes, men give substance to all their hatred and participate in the oppression of the dominated sex. Third Wave feminism that celebrates pornography and prostitution as free choices collaborates with male domination. A talk by Sheila Jeffreys for Women's Declaration International
A few days ago, radical feminist and gender critical Sheila Jeffreys gave a talk for Women's Declaration International (WDI) entitled: 'We cannot save gender and abolish transgenderism'. According to Jeffreys until we get rid of stereotypes of femininity and traditional canons of beauty, the fight against free gender identity is doomed to failure. Even on the issue of beauty, feminism has always been a battleground, and continues to be: a dialectic between [...]
Read now

Italian news
Radical Feminism, Politics
The name of the premier
Giorgia Meloni is not a feminist. Her history is not this. She has not shared in the long battles over language, over declension into the feminine instead of the neuter-masculine. But language today is a battleground that structures the most important political issues. And it deserves further reflection on her part
Giorgia Meloni is not a feminist. That is not her story. No woman on the right or centre-right who has held important political office, from Thatcher to Merkel, has ever called herself a feminist. Hence the non-sensitivity to the feminine declination of office, to which feminism instead attaches importance. Even if Angela Merkel at the end of her long chancellorship, during a meeting with the writer Chimamanda Ngozi Adichie, agreed to call herself a feminist. According to Alice Schwarzer, founder of the [...]
Read now
1 2 3 ... 16 Next »