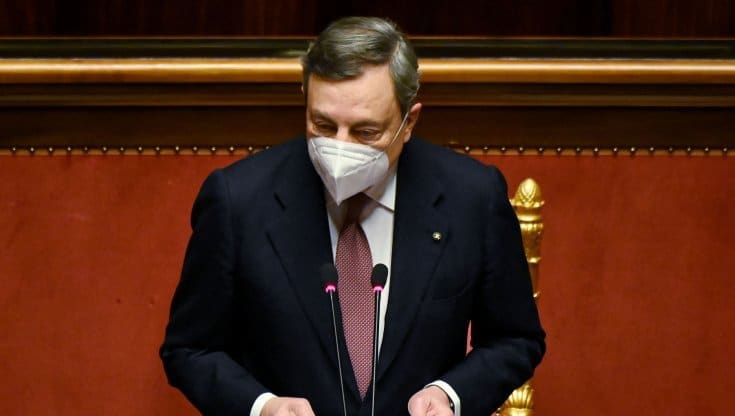 "Gender? No thanks. Women and men. Modernising the language of politics

elena bonettigender identity politicsgenreidentity by genrejoe bidenlanguagemario dragons
Please be aware that the translation of contents, although automatic, has a cost to Feminist Post but is provided to you without any charge. Please consider making a contribution via the "Support us" page if you intend to use our translation service intensively.
The contents of this site are translated using automatic translation systems without the intervention of professional translators.
Translations are provided for the sole purpose of facilitating reading by international visitors.
Share this article

Radical feminism has long since stopped using the term 'gender'. to name sexual difference. In fact, he no longer uses it at all: "women and men' or even 'the two sexes' are words that fit very well and have the advantage that they cannot be misunderstood. Language is the human environment, the world is built with words, which is why they must be chosen carefully.

Since the 1990s the word gender has been completely redefined. Mary Daly prophesied: women will no longer be spoken of, they will disappear in the fog of gender. More precisely, as we have seen, an attempt is being made to replace women with the free choice of gender identity, mothers with people giving birth, breastfeeding with the chest and the rest we know.

All this is not reflected in the real experience where women remain women and men men, with what follows from this naturalness. It is about resisting the liberal-hallucinatory drift. The girls are struggling a bit, but we are helping them to equip themselves and understand.

The long wave of 'gender' laps the language of politics and institutions and there too one has to help. Fortunately, we are still far from the peremptory nature of the executive order by Joe Bidenwhich completely replaces women with gender identity: the Zan law against homobi-transphobia tries to put gender identity at the centre of everything, but at the moment it is stuck in the quagmire between the House and the Senate, there is still time to work on it.

The new Prime Minister Mario Draghi does not seem to be oriented by the gender identity politics but even he does not renounce the 'modern' comfort of the term 'genre'. In his speech to the Senate, he said: 'Italy today has one of the worst wage gaps between genres in Europe, as well as a chronic shortage of women in senior management positions... A real gender equality does not mean a pharisaical respect of pink quotas required by law: it requires that they be guaranteed a level playing field between genres. We intend to work in this direction...' etc.

The way Draghi uses this term, of course, has nothing to do with mainstream redefinition, with "menstruators", "people with cervixes" and all the linguistic nefariousness of the trans-neopatriarchal lexicon. But men and women would also be fine because the pay gap and economic discrimination are experiences reserved for women, particularly those who have given birth with their bodies or are planning to do so in scandalous contravention of the rules of conduct required of the perfect neutrum oeconomicum (Ivan Illich). Not to mention the gender-based violenceeuphemizing and contributes to concealing the horror of male violence against women.

This is why it is to be hoped that the term gender will also disappear completely from the institutional political lexicon, e we should work towards this modernisation.

The language of Equal Opportunities Minister Elena Bonetti should also be modernised. His use of the formula 'women's issue' has led us back to the 1950s. The women's movement has spent the many decades since - and even those before - demonstrating that if there is an issue it is only maleIt is theinability of men to stand upright by assuming a posture other than dominance. Strange that an Equal Opportunities Minister knows nothing about it.

International news
Gender identity
SPAIN: SOCIALISTS AGAINST THE TRANS LEY
Unlike their Italian counterparts from the PD and the left who stand for free gender identity, the Spanish progressives break with the PSOE's transactivist policies in defence of women and children. In their manifesto the excellent arguments against what, if passed, could be the worst transactivist law in the world
Breaking with its party, the PSOE, and sending a signal to the women of the European left, who are generally aligned in defence of transactivist diktatism, the Federación de Mujeres Progresistas launches a courageous manifesto against the Trans Law wanted by the governing majority in Spain (PSOE and Podemos) and being approved by an emergency procedure, without an effective parliamentary debate or a wide public discussion. The initiative also comes in response to the clamorous break between historical Spanish feminism -united in the Contraborrado cartel- [...].
Read now
1 2 3 ... 32 Next »