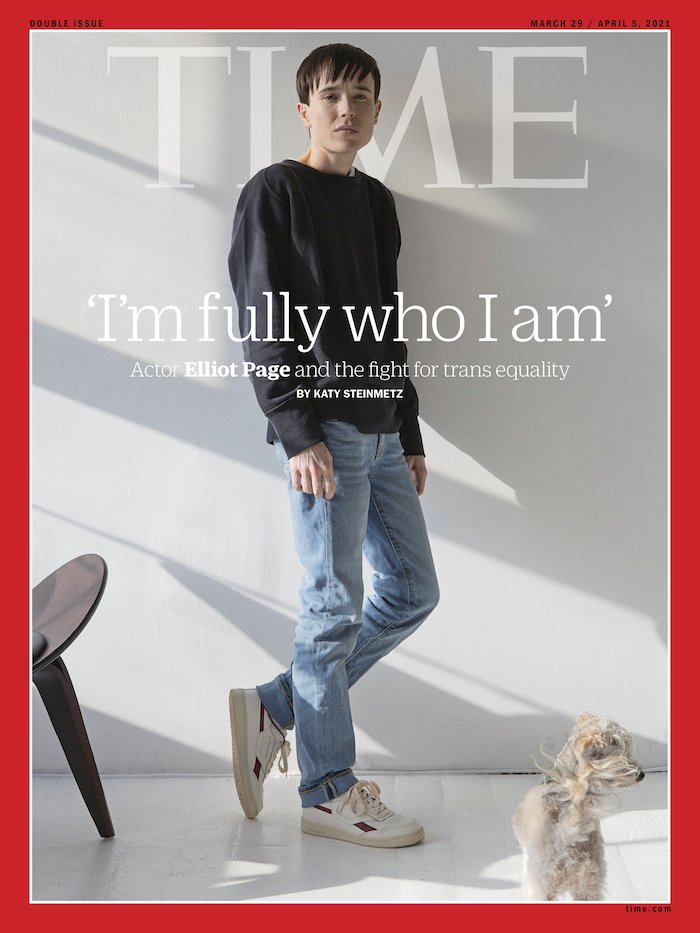 blockers of pubertycourier of eveningdetransitionerelliot pageKeira Belltimetransgendertransition
Please be aware that the translation of contents, although automatic, has a cost to Feminist Post but is provided to you without any charge. Please consider making a contribution via the "Support us" page if you intend to use our translation service intensively.
The contents of this site are translated using automatic translation systems without the intervention of professional translators.
Translations are provided for the sole purpose of facilitating reading by international visitors.
Share this article

Time dedicated its latest cover to Elliot Page (formerly Ellen). "I am what I am"he says. Pale, emaciated, his features already hardened by hormone treatment, his chest flattened by a double mastectomy, the air not exactly happy - let's hope that the rest of his life goes better. Elliot recounts the pain of having to suffer the hyper-feminisation imposed by Hollywood. She says that already at the age of 9 she felt like a boy and that it was hard to accept the roles that were offered to her.

Elliot's suffering cannot be doubted.No one would be maimed and medicated if they did not think that this was the way to get better. Maybe If the scripts had not forced him into such rigid stereotypes, it would have been easier.. Let's hope it works and that Elliot soon settles into this new equilibrium.

The problem is not Elliot. If anything, the problem is Timewhich celebrates him as a hero, collaborating in the construction of the liberal narrative, vigorously promoted by the Biden administration, which makes being T the paradigm of human freedom (criminalising and prosecuting when not persecuting every other point of view, cf. here).

The problem is Rolling Stone, People, The Corriere della Sera and all the other media celebrating its transition. There's very little to celebrate when something like this happens to you. There's little to glitter about. Gender dysphoria is a disgrace. This is by no means an enviable human condition. Even if you don't have surgery, even if you don't undergo lifelong heavy and risky drug therapies, your life T can be very complicated. There is no reason to celebrate this disorder, however depathologised, as a fascinating existential adventure..

Those who know transsexuals know very well that If they had the choice, they would have gladly done without this ordeal.. Those who know older transsexuals who may have to stop hormone therapy because of unsustainable iatrogenic effects in old age, and then having to see their bodies painfully conform to their birth sex (in the case of MtF transwomen, for example, having to endure baldness, pseudo-vagina and urethra closing up and other effects) knows that there is little to idealise and glitter about.

The fact is that if Time, Rolling Stone, People, The Corriere della Sera and all the other media break out the champagne, representing condition T as 'fabulous', there will be thousands of young girls determined to escape 'the burning house' (see here) of becoming a woman by choosing transition (8 out of 10 cases today are FtM transitions). Children often suffering from psychiatric problems -particularly autism spectrum disorders, eating disorders, etc., see here- induced to read their suffering as 'being born in the wrong body' and to beg for puberty blockers in order not to have to deal with the problems they face. the natural transition into a woman's body.

The fact is that if Time, Rolling Stone, People, The Corriere della Sera and all other media continue to obscure news such as the Keira Bell judgment, the growing phenomenon of girl detransitioners (see here), of all those who have gone through this and then realised that they had made or were led by a hasty diagnosis to make a wrong choice and that they had instead they would need love, support, understanding, help in accepting their homosexuality, and also a political struggle for women's freedom. (see here) and for the free signification of oneself as a woman against the so-called gender stereotypes - not of scalpels and testosterone, which these stereotypes reinforce them- well, if the media do this they bear a heavy responsibility.

Take a tour of Feminist Post e you will find all this news methodically obscured by mainstream information.

Give us a hand in spreading this awareness, to effectively support girls and young women. And to continue our totally voluntary work with our bare hands, even with a small financial contribution. 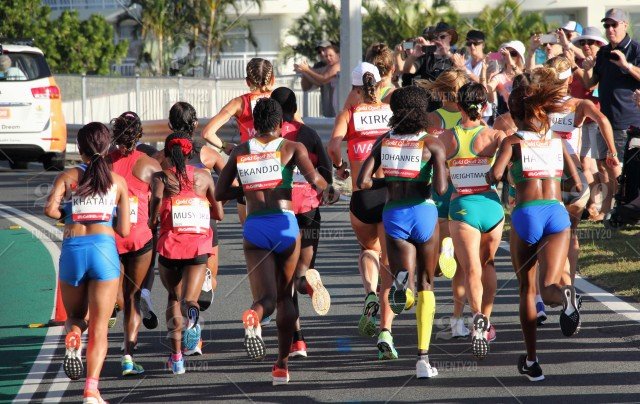 International news
Sport
New records and Olympic ambitions: from Petrillo to Thomas, the 'inclusive' sport that excludes women
The incredible injustice of male bodies in women's sports continues despite the silence of the media. But voices of female athletes forced to compete with male opponents are growing
'Valentina' born Fabrizio: new Italian record and convocation to World Para Athletics By now, the victories in the women's category of 'Valentina' born Fabrizio Petrillo hardly make the headlines anymore. Petrillo, a man who identifies himself as a woman, already held the national record in several categories of women's running last year. Recent sporting chronicles report further improvements in his own records. Petrillo took part in the first round of the Fidal Regional Societaries in Forli (14-15 May 2022), where she recorded a new record [...].
Read now

International news
Radical Feminism, Gender Identity, Motherhood
Norwegian feminist faces 3 years in prison for saying a man cannot be a mother
Christine Ellington, WDI's Norway contact person, investigated by the police for hate crime against a certain Jentoft who says she is a 'lesbian'. And whom she denounced, with the support of Amnesty International. Today, calling oneself a woman is possible for everyone. Except for women
While Netflix is under transactivist attack for broadcasting actor Ricky Gervais' stand-up, which dared to make fun of 'women with penises', there is much less joking in Norway. Christina Ellington, a representative of WDI (Women's Declaration International) is being investigated by the police and faces 3 years in jail for tweeting that males cannot be lesbians and for saying on TV to a male Jentoft, who identifies as a lesbian woman: 'You are a man. You can't be [...]
Read now

Italian news
Gender identity
Milan introduces gender self-certification
All it will take is a 'solemn' declaration to be able to choose what sex you are -female, male or neither- without any medical acts, expert opinions or judgments, and to adopt the 'alias' identity in various municipal services, including electoral rolls. In fact self-id, a huge change introduced by a simple administrative act and without any public debate. But it is all to be assessed whether the law allows it
So in Milan, self-id was introduced: it means being able to decide whether you are male, female - or neither - in total freedom, without expert opinions, sentences, witnesses - as the national law provides for: nothing of the sort, a simple bureaucratic step and it's done. In Great Britain, after years of public debate, self-id was shelved: the overwhelming majority of the population was against it. In Milan, without any debate, as if citizenship did not exist, as if laws did not exist, and [...]
Read now

Insights
Gender identity
Kathleen Stock: 5 tips to keep transactivist troublemakers quiet
The lecturer forced to resign for saying that biological sex exists explains how to deal with harassing transactivism: just like a mother dealing with a wayward child or rebellious teenager. An ironic guide to saving your life
Philosopher Kathleen Stock became known outside academic circles after she was forced to resign from her professorship at the University of Sussex with threats and defamation by transactivists for expressing critical views on gender identity (see here). While similar cases are happening all over the world, including Italy and Europe (see here and here), in Anglo-Saxon countries lecturers are organising themselves to fight against the censorship of gender-critical feminism. In the article we present Kathleen [...]
Read now
1 2 3 ... 25 Next »