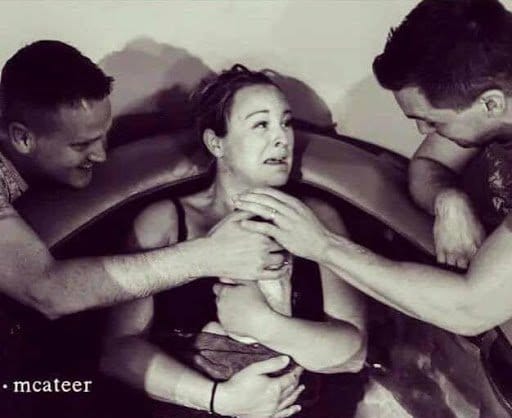 With the 'right' to surrogacy, gays seek a place in patriarchy

rightsfamilies rainbowgestation for otherLgbtqpatriarchateuterus at rent
Please be aware that the translation of contents, although automatic, has a cost to Feminist Post but is provided to you without any charge. Please consider making a contribution via the "Support us" page if you intend to use our translation service intensively.
The contents of this site are translated using automatic translation systems without the intervention of professional translators.
Translations are provided for the sole purpose of facilitating reading by international visitors.
Share this article

Just today, 27 January, the Constitutional Court is due to rule on the right of a male couple who have resorted to uterus surrogacy to be recognised as both 'fathers' of the child. The orientation expressed in 2019 by a ruling of the Court of Cassation in United Sections was to allow the recognition at the registry office to the biological father onlyleaving open for the partner the possibility of resorting to the institution of theadoption in special cases, procedure to be instituted at the Juvenile Court. Awaiting the Consulta's pronouncement, a reflection on the issue of Lgbtq+ battle for regulation and free access to the 'surrogacy' market".

Within the gay community there is a strong tendency to homologation with heterosexual men and the male dominance system. I am not referring to hetero-normative roles, but rather to a disturbing phenomenon that, although it affects a small percentage of gay men, is claimed as a right by mainstream LGBT+ activism. I am talking about the GPA (Gestation For Others), better known as 'womb for rent', practice that allows single or partnered people to have a baby through the body of another woman who 'lends herself' as a pregnant woman.

"Every woman has the freedom to decide about her body," write gay activists under the dissenting posts of women opposed to the practice. 'To straight people, who are the majority, you don't say anything when they do it, do you, homophobic?" comment others. 'Because of you, we are going back to the history of the natural family, consisting of mommy and daddy masters,' sentence those with the rainbow flag as their Facebook cover.

Let us reason a little about these statements. Everything can be said about the practice of womb renting, except that women are free to manage their own bodies. This is not in fact the truth. Being to all intents and purposes a market, the 'intended parents' - whom I refer to as the buyers - want to be certain that the commissioned product will be returned without hindrance. I know it is sad to talk about an infant in these terms, but what do you expect from a form of commodification well embedded in the capitalist system?

Let us consider the contracts signed by pregnant women: the clause stipulates that for the nine months of pregnancy they may no longer dispose of their bodies, nor the right to abortion (which shamefully passes to the principals)nor of food, nor of the ability to move to certain places, nor to have second thoughts on what they agreed upon. 'But he signed,' one might object. So what? These are human beings, not automatons incapable of feeling emotions or experiencing changes and second thoughts during that time.

Rather, I would ask myself a series of questions: is this the freedom to manage one's own body? Signing a contract stating that you are no longer free to manage it in exchange for money? This seems a rather fallacious concept of freedom. While it is true that the 85% of commissioning is heterosexual, the fact remains that claiming the practice as an inalienable right is the rainbow movement. The natural family objection also does not hold water. An analysis of the patriarchal system would allow us to identify the so-called 'natural family' (or nuclear family) as the seat of all discrimination: misogyny, homophobia, racism, etc. The heterosexual family is the focus of male hatred and prevarication towards women. The father is the owner, the mother the means of production and the offspring the labour force. The male child must be virile, strong, heterosexual.

The means by which men have appropriated (and still appropriate today) women's bodies is the infamous rhetoric of bloodaccording to which you are only a parent if your child has the same DNA as you. Guess where such rhetoric is proposed? In the practice of the surrogate mother, in which the oocytes of a (tall, Aryan, intelligent) woman are used, which will be fertilised with the semen of the commissioning man and implanted in the uterus of the pregnant woman, of course after both have been bombarded with hormones to synchronise their menstrual cycles. It will not impart its genetic heritage, the pregnant woman will be a mere container, a shell without any rights, while the client, who will have passed on her genes, will be able to demand anything.

It may be that some gay men, as men, seek a place in the patriarchy, alongside the straight man. They do not want to break the chains of an unjust and violent system, but to tighten them even more in the illusion of 'equality'. Equality: a word that has taken on a positive meaning globally, but with which I associate only negativity. The homosexual liberation movement was born to free homosexual people from oppression, not to achieve oppressor privilege. More importantly, was not fighting to transform the privilege of a rich few into a right extended to all.

Vincenzo Postiglione, gay man against the uterus for rent 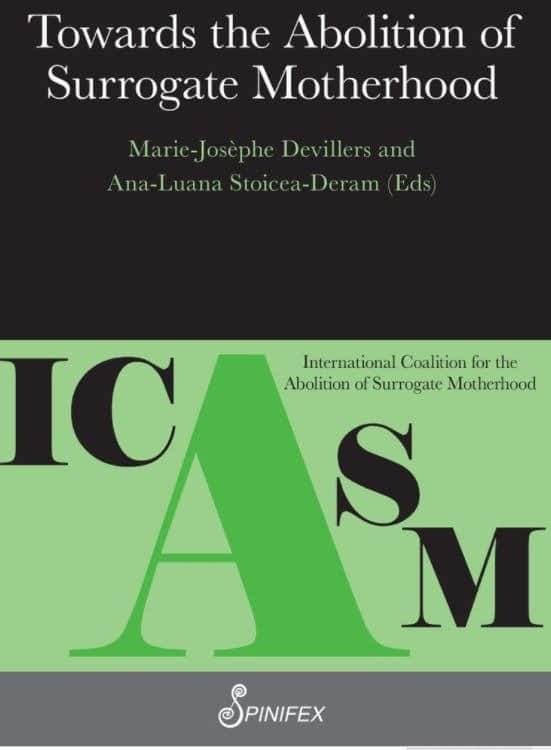 Recommendations
GPA
Towards the abolition of surrogacy: an anthology and a debate
CIAMS publishes a multi-voice book against the uterus for rent and discusses it in an open webinar. In the meantime, in Italy, which is preparing to "welcome" the Fiera dell'Utero in Affitto (in Milan on 21-22 May), two bills are already being discussed that would extend the punishability of the practice even when carried out abroad. And a popular initiative bill is on the way
While in Italy we are preparing to "welcome" the Fair of the surrogate motherhood, scheduled for 21-22 May in a place still unknown - we will know only at the last minute - and in addition to the two bills already under discussion in the Commission of Justice of the Chamber of Deputies, proposals that call for the punishment of "surrogate motherhood even if carried out abroad, is preparing a draft law of popular initiative with a collection of signatures for a definitive stop to the practice - we will soon give details - next 28 April [...]
Read now
1 2 3 ... 16 Next »