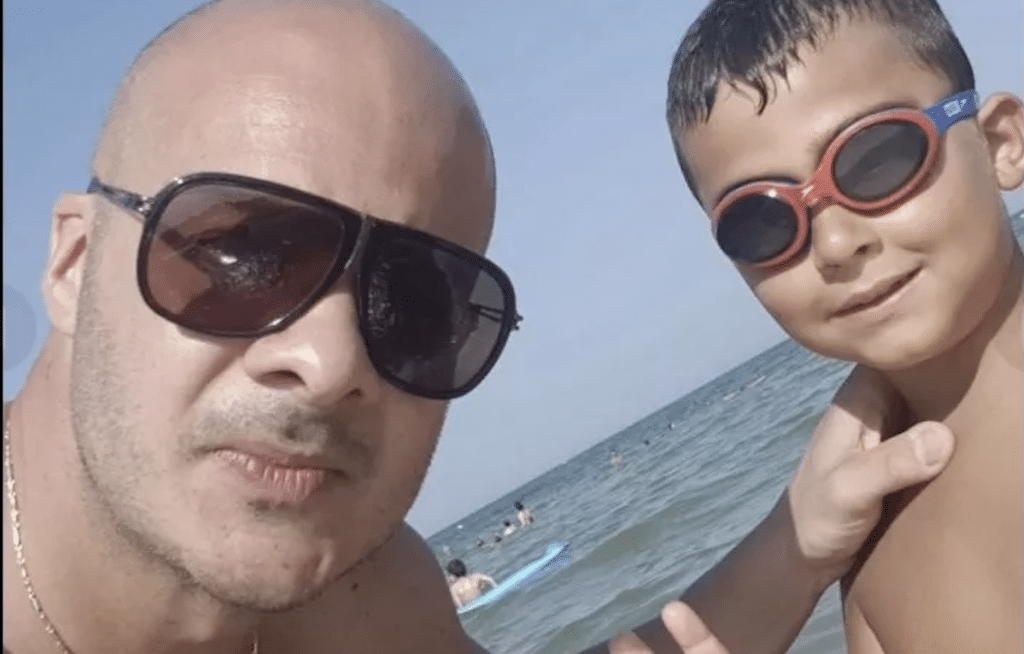 Davide Paitone killed his son Daniele and seriously injured his mother. A violent man, already detained under house arrest. He was also incoherent and a drinker. Yet in the name of 'parental equality' he was allowed to keep the child with him for New Year's Eve, a decision that ended in tragedy. But the right of the father, even if notoriously aggressive, is what counts most
disposal parentaldaniele paitonedavid paitonefilicidepasseparationvareseviolence domestic
Please be aware that the translation of contents, although automatic, has a cost to Feminist Post but is provided to you without any charge. Please consider making a contribution via the "Support us" page if you intend to use our translation service intensively.
The contents of this site are translated using automatic translation systems without the intervention of professional translators.
Translations are provided for the sole purpose of facilitating reading by international visitors.
Share this article

Already accused of family abuse, and also a drunkard, he also stabbed a colleague. after an argument and for this reason he was in the house arrest. Despite his violent temperament had been allowed to keep his 7-year-old son Daniel with him for New Year's Eve. Concession equivalent to a death sentence for the childwhose throat was slit by his father. After hiding the body in a wardrobe, the man reached the child's mother, from whom he was separating, and tried to kill her as well, fortunately without succeeding.

How is it possible that such a dangerous man was allowed to keep the child with him? This is actually quite 'normal'.

For two decades now, theories have been spreading from the United States that - with names and tools varying from the PAS up to 'relationship disorders' or 'developmental risks' - impose de facto shared custody and visitation rights and access to the child also on violent fathers in cases of separation or divorce.
In the field of juvenile and civil law on child custody after separation, negative theories have developed in connection with the concerts of "parental alienation'. or others "relationship or developmental disorders'. that indicate that it is dangerous for the child to be entrusted to the protective mother even in cases of violence by the father, but also positive theories inspired by the "equality' and 'gender neutrality of custody'.

Year after year the so-called 'maternal preference' is increasingly being abandoned also in Europein the name of a 'progressive' concept of "equality', 'neutrality' or 'sharing', with the near impossibility for mothers to mention the violence in order not to be considered "hindering, symbiotic, adhesive, alienating".
Violent fathers should therefore have free access to their children, and at the same time share 'equal' responsibility with the mother even in cases of severe domestic violence.

Very often it happens that fathers are also violent with their children, both during and after the separation.But evidently the issue is not important enough for the courts, the operators, the institutions and the academy, where there are always many good women and men working, but the fashions of the moment lead to think that male violence against women is an outdated issue, of which possibly the woman herself is somehow guilty.
Current proposals include that of report all mothers reporting domestic violence to social services, evidently to put them also and especially under the investigation lens.

The terrible figlicide in Varese today cannot be surprising. In Italy, in the United States and in every country in the world the slaughter does not stop, I count the life, energy and procreative force of women.

We are no longer asking the institutions to do anything, only to speak out.
Inform women. Tell them that if they have had children by violent men, they may never get rid of these men. That the state could continue to guarantee their right as pater familias until the end of their days, at the risk of their lives and those of their children.

Italian News, Headlines
Girls, Gender identity
Italian psychoanalysts: stop puberty blockers
The Italian Psychoanalytic Society criticises puberty blockers for children: dangerous and experimental treatment. And joins gender critical feminists and parents in calling for scientific data and a public debate on the best treatment for children suffering from gender dysphoria
For years we gender critical feminists have been fighting against the scandal of the medicalisation of children in the name of gender identity. And for years we have been branded as fascists, reactionaries, bigots. Today at last an accredited Italian scientific society, the Italian Psychoanalytic Society (SPI), is taking a stand, joining us in raising a cry of alarm: the use of puberty blockers is an experimental treatment that has no solid scientific basis, and causes serious side effects. Above all, in most cases dysphoria [...]
Read now
1 2 3 ... 28 Next »