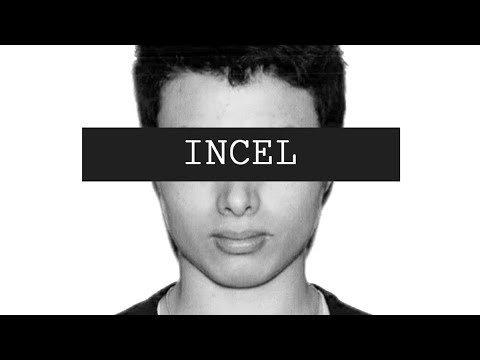 In the Zan bill an additional weapon for violent men

The law is also against 'misandry', Zan keeps repeating, using a term invented by violent males. There is a serious risk for women: if PAS is not enough, they will find themselves accused by their ex-boyfriends and their lawyers of a new false crime.
ddl zanidentity by genremisandriamisogynypassexviolence male
Please be aware that the translation of contents, although automatic, has a cost to Feminist Post but is provided to you without any charge. Please consider making a contribution via the "Support us" page if you intend to use our translation service intensively.
The contents of this site are translated using automatic translation systems without the intervention of professional translators.
Translations are provided for the sole purpose of facilitating reading by international visitors.
Share this article

Among the feminist criticism of the Zan ddlin addition to the central issue ofgender identity, there is also the inclusion of misogyny among the behaviours punishable as hate crimes. The term 'misogyny' does not appear in the text, but that of 'sex'. To be precise, we talk about "Measures to prevent and combat discrimination and violence for reasons based on sexon gender, sexual orientation, gender identity and disability".

Those who have followed the drafting of the text closely will know that both 'sex' and - later - 'disability' did not appear in the first drafts. The term 'sex' -meaning, according to the drafters, misogynistic behaviour- was added secondarily to make the rest of the law more digestible for women. We have repeatedly set out the reasons for opposing this inclusion: we do not believe that misogyny can be combated with a criminal law at allno group or association has ever considered the appropriateness of such a rule; moreover, the inclusion of misogyny entails the very serious symbolic and political mistake to include women, the majority in the country, among the minorities to be protected.

But there is a third but no less significant objectionanother cause for great concern.

Alessandro Zanthe first signatory of the law, has repeatedly explained that the term sex does not only allude to the fight against misogyny, but also to the fight against 'misandry'. It is very impressive to hear a democratic parliamentarian use this term. "Misandry is a quasi-neologism. -in use for a decade or so-. coined and circulated by the Men's Rights Activists and the so-called Incel, Involuntary Celibates, a community of sexist and violent men, to deny or minimise male violence claiming the existence of equal or even greater female violence against men.

It is a misogynistic term in itselftotally mystifying and branded as a 'one-stop shop'.weapon against women. It is therefore It is very dangerous for a criminal law to include the offence of 'misandry' among its offences."but given Mr Zan's repeated statements ("the law is also against misandry"There seems to be no doubt about it.

An example of this risk, which is not only symbolic but very concreteIn separation and child custody disputes, women often have to contend with the fact that their children are not under their care. ghost of PAS or parental alienationsyndrome invented by the American doctor Richard Gardner. In short, PAS is said to be the result of a alleged 'programming' of children by a pathological parent (so-called 'alienating' parent)brainwashing that would lead to children showing animosity and unjustified and continuous contempt for the other parent (so-called 'alienated' parent). Normally the accusation of being an alienating parent falls on the mother, while the father would be the alienated one.

Although PAS has never been scientifically validated, it is frequently used against mothers in the courts. Just a couple of weeks ago, on 17 May, the Court of Cassation reaffirmed the scientific unfoundedness of the theory, recognising that it is " too often used in courts against women and children, especially in cases of domestic violence". But it is by no means certain that the Supreme Court's pronouncement will suffice to eradicate the custom.

If the Zan law were to pass as it stands, introducing the offence of 'misandry', women would find themselves battling with a double ghost: in addition to being judged alienating under the misogynist ideology of PAS, they could be accused by their exes and their lawyers of misandrist behaviour. The accusation of alleged misandry could also be levelled at women in other areas (labour, political, cultural).

All the more reason, therefore, In addition to the tautologically undefined 'gender identity', which should be replaced with 'transsexuality' or 'transgender identity', the text of the Zan bill must be amended to include 'sex'. The risk is that if the bill were to pass through the Senate as formulated and approved by the House we would introduce one of the most misogynistic laws in our legal system, offering an additional weapon to MRAs, Incels and violent men.

The more it is analysed, the more the text of the Zan bill appears to be a legal abomination, as claimed by many juristswhich should in fact be deleted and rewritten from scratch.

Italian news
Policy
Open field, closed lists
The tiger's eye does not want to see that you can reassemble and recombine the line-up all you want, but if the faces and names remain the same you have very little credibility. And if the only goal recognisable to most of the electorate is to bar the way for your political opponent - for once a woman, which makes it all the more surreal - your chances of success are not very good.
Work is in progress on the construction of the large rassemblement or open camp (the wide one has been discontinued). The discussion is only between men (with the partial exception of Emma Bonino) and the cement that holds the coalition project together is 'stopping Meloni': there is little discussion of political programmes, and what Calenda, Fratoianni and Di Maio may have in common is all to be understood. Observers and sociologists of politics scoff to point out that building a project 'against' [...].
Read now
1 2 3 ... 40 Next »