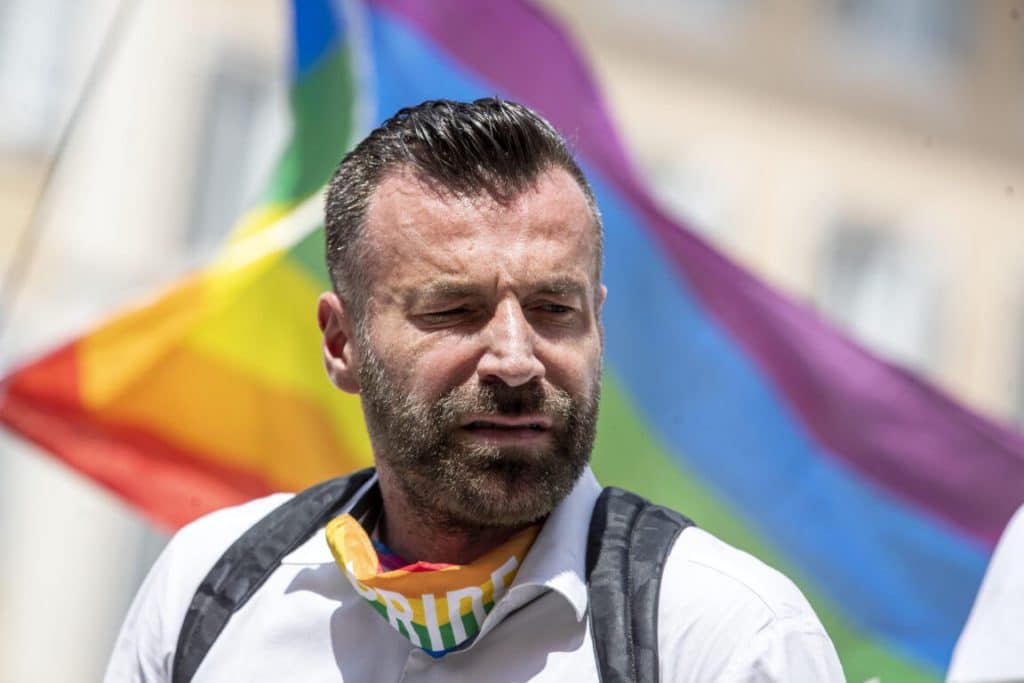 ddl zanfeminismLgbtqthreats by deathtrans
Please be aware that the translation of contents, although automatic, has a cost to Feminist Post but is provided to you without any charge. Please consider making a contribution via the "Support us" page if you intend to use our translation service intensively.
The contents of this site are translated using automatic translation systems without the intervention of professional translators.
Translations are provided for the sole purpose of facilitating reading by international visitors.
Share this article

Mr Zanfirst signatory of the well-known dl against homophobia, misogyny, ableism (but also, as he pointed out in a live broadcast, misandry, heterophobia, in short, practically every form of hatred in circulation) should show more responsibility by not stirring up hatred in support of his anti-hate proposal.

Zan -idem Laura Boldrini and Monica Cirinnà- has always belittled the feminism critical of his bill as inconsistent, residual, old, bigoted, homophobic and transo-phobic. The reasons for feminism are caricatured, mocked, ridiculed, mystified. For Zan we do not exist, we are not worthy of consideration, we have no name and surname, we don't have lives and political biographies that belie its offensive, derogatory and misogynistic representation. Biographies thanks to which he, an avowed gay man and militant, is where he is, otherwise he might not have got there.

Because all of us, and I mean all of us without exception, one by one, have intimately intertwined our lives with gay, lesbian and transgender people. -many of us are homosexuals themselves and some are even transgender. All of us have reserved a significant proportion of our commitment to the defence of these minorities, their lives and their rights. AND THIS IS AN INDISPUTABLE FACT by him and anyone else.

Yesterday, 25 April, there was a glimpse of the point of no return. A tweet from Zan in which there is -in this case me- attributed statements that I had not made and we had never made during a Omnibus on La 7, has literally unleashed hell, pain, anger, suffering of trans people expressed in death threats which you can see here (just some of the tweets). I wonder if, according to the text of his own bill, his falsifying tweet could not be interpreted as incitement to misogynistic hatredto be kind.

It was only after many solicitations - in private - from us and perhaps others that Zan decided to distance himself, always remaining contemptuously on the general and without naming the people affected by such hatred - in this case me - or even apologising.. Zan is a few years younger than me and may not understand exactly what is meant when it is said that "words are stones'.

Zan would do well to finally acknowledge that in addition to right-wing dissent there is a reasoned and argued left-wing dissent to the text of its ddl 2. Feminism's remarks move more or less in that direction, with further arguments.i 3. This is a law that, particularly where it talks about gender identity, goes to the root of human sexuality, one cannot imperatively and undemocratically demand that it be passed as it is, without wide-ranging information and discussion involving citizens 4. It is necessary that Zan agrees to discuss: We have been trying for months in every way, repeatedly questioning him on social networks, Twitter, Facebook, emailing him, through intermediaries, agreeing to take part in TV programmes (it is he who does not accept) but from Zan only a silence, I apologise for the repetition, misogynistic and derogatory 5. Confrontation does not mean mobilising testimonials in favour: this is how products are sold.and this has nothing to do with politics, a Member of Parliament is not a sales representative 6. Sensitive issues such as abortion or divorce, with their associated laws, have taken years of in-depth and even divisive debate: the issue of gender identity is in all likelihood much more sensitiveand coming from the Greens he should know the tragic prophecies about Ivan Illich, father of contemporary ecology, but apparently knows neither the prophecies nor Illich.

Bottom line, Zan should stop mobilising applauders -who clearly do not know the content of his bill: it would be nice to see what Fedez has understood about it- and to titillate the pain of people suffering from the terrible condition of dysphoria, pointing to us as the ones responsible for his pain. Because we WANT THE LAW TO PROTECT TRANSsexual PEOPLE, WE DEMAND THAT THE TEXT EXPRESSLY NAME TRANSsexual PEOPLE. instead of thatimpalpable indeterminacy that is gender identity, whose impact in particular on the lives of women and children is already being felt in some parts of the western world.

The Constitution does not allow for intangible and undetermined objects in criminal legislationimposing taxation and certainty. Zan is responsible and committed to bringing back into the mainstream of democratic debate what has odiously overflowed from it. Again, for the umpteenth time, agree to engage with us.

Tomorrow evening, Tuesday, 9 p.m., an opportunity to listen to our finally unmystified arguments by connecting to RadFem Italia's YouTube channel.

Italian news
Sport
Petrillo's stolen records: 'But I also won as a man'. Is this true? Here's the fact-checking
While the Olympic Committee announces a change in the guidelines on the participation of male bodies in women's sports, Valentina born Fabrizio Petrillo aspires to participate in the Paralympic Games in the women's category. To those who accuse her of wanting to win easily, she replies that she was winning even before the transition. But this is not the case: here is an analysis of Petrillo's times and how they are evaluated in the male and female categories respectively
After the international federations of swimming, cycling and other sports, even the Olympic Committee is backtracking on the 'inclusive' sport of male bodies in women's sports. Francesco Ricci Bitti at the head of ASOIF, the association that brings together the international federations of summer Olympic sports, announced at a recent conference the need to review the current rules on the participation of transgender athletes, especially MtF, men who 'identify as women'. Francesco Ricci Bitti said, "According to the human rights approach [...]
Read now
1 2 3 ... 37 Next »