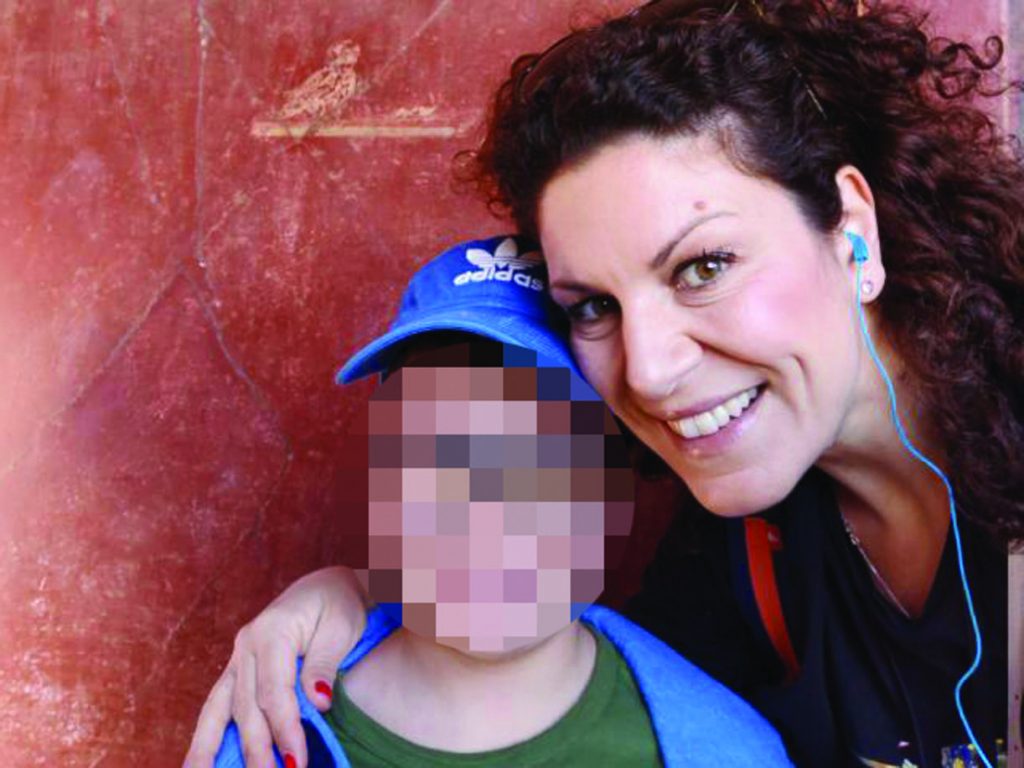 Laura Massaro won for all

The most famous of the mothers under attack on the basis of the fictitious 'theory' of parental alienation has won her battle in the Court of Cassation, for herself and for all women in her situation: from now on, children can no longer be taken by force and it will no longer be so easy to talk about alienating mothers. It is also a symbolic victory, putting mothers back at the centre against all equalitarian rhetoric.
disposal parentallaura massaromaternitycollection compattojudgment Cassation
Please be aware that the translation of contents, although automatic, has a cost to Feminist Post but is provided to you without any charge. Please consider making a contribution via the "Support us" page if you intend to use our translation service intensively.
The contents of this site are translated using automatic translation systems without the intervention of professional translators.
Translations are provided for the sole purpose of facilitating reading by international visitors.
Share this article

With Order No. 9691/2022, the Supreme Court of Cassation ruled in favour of Laura Massaro and banned parental alienation from the courts, defining the forced removal of minors, who must always be heard in proceedings concerning them, as being outside the rule of law.

A sensational judgment -thanks to Laura's courage and the outstanding work of the Lawyers Teresa Manente and Ilaria Bogliano- despite the bad omens and the harshness of the outcome of the appeal, not to mention the inadmissible attempts to discredit Laura "by 'prosecuting' her just 4 days ago in the Parliamentary Commission of Inquiry on child custody, meeting during which Massaro's ex-lawyer Giuseppe Apadula and his lawyer have repeatedly accused and condemned her by expressing opinions about her (the session was interrupted on the initiative of some of the parliamentarians present and despite protests by Senator Pillon). A sentence that constitutes a real turning point.

How will things go from now on for mothers in the same situation as Massaro?

Starting with the approval of the Law 54/2006 on 'mandatory' and 'equal' shared custody of children in separation cases, and on the other hand by the spread of the school of 'legal psychology which overturned the concept of the best interests of the childIt also identifies new pathological definitions for mothers and daughters who report violence and abuse in the family, the civil process for child custody has become an ordeal -see here- for many women forced to fight with lawyers, psychologists, social workers and all figures involved in juvenile and family law.

The order of the Supreme Court in the Massaro case brings justice to all protective mothers who in recent years have courageously started to denounce what they have suffered in cases of divorce and separations described as 'conflictual' but which in reality concealed situations of physical and psychological male violence and abuse of women and children.

The legal battle also seems never-ending, with Threats of recourse to the ECHR already received which in the past has often taken the side of fathers, who in the last twenty years have been the protagonists of a one-sided narrative that has portrayed them as the victims of separation. It will therefore be necessary not to lower the level of attention with regard to the field of law and judgements, a field in which many abusive men pursue their strategy called 'legal harassment' by world experts. harassment through the use of the law.

After the Supreme Court Order:
1. what will become of all daughters and sons estranged from their mothers in recent years as a result of social services reports or court orders drawn up along the lines of the theories close to parental alienation and as an abuse of the concept of 'the child's right to bigenitoriality'? An example for all, the mother of Baressa and dozens of other cases known to the press, and the thousands without names throughout Italy.
2. What we should expect as soon as the school year ends, period when executions of the European Commission's forced withdrawal measures?

The final judgement in the case of Massaro and his son, defining the forced removal as a measure 'not in conformity with the rule of law' as well as raising doubts about its 'compatibility with the protection of the dignity of the person'. certainly constitutes a point of no return. There will probably be other attempts to resort to the sham 'theory' of parental alienation, updating its definition or trying in some way to reintroduce it into proceedings, but the precedent of the Supreme Court is too strong.

It was a victory for Laura and the many mothers who have emerged from silence, united in diversity. There has been no lack of conflict, but the objective has been achievedone woman fought and won for the others and for the daughters and sons of all. A important symbolic goal: that of bringing the relationship between mother and child out of the 'equal' shoals and repositioning it at the centre of the human community.

It is the sense of what we name as a change of civilisation.

Insights
Girls, Gender identity
The debate on puberty blockers also opens in Italy - finally!
Breaking the silence is the Italian Psychoanalytic Society, which is calling for an open scientific debate on these treatments, which it defines as 'experimental', not supported by adequate studies and at great ethical risk because they predetermine the fate of girls and boys
Much later than in the Great North of Europe, Great Britain, Australia, and some US states - which have abruptly put the brakes on the use of puberty blockers as a 'therapy' for girls and boys with gender non-conforming behaviour - Italy too is finally breaking its silence with a letter addressed to the government by the Italian Psychoanalytic Society, which calls for caution and the opening of a public scientific discussion. Below we reproduce interviews conducted by Marina Terragni for Il Foglio and [...].
Read now
1 2 3 ... 25 Next »