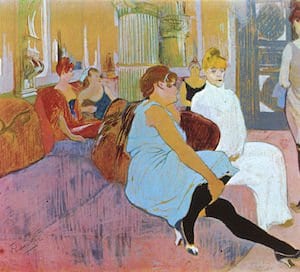 Prostitution affects everyone: conference promoted by Evangelical Women and the Interfaith Observatory

Women evangelicalsFDEImodel abolitionistObservatory Interfaith against the Violence at WomenOVIDprostitution
Please be aware that the translation of contents, although automatic, has a cost to Feminist Post but is provided to you without any charge. Please consider making a contribution via the "Support us" page if you intend to use our translation service intensively.
The contents of this site are translated using automatic translation systems without the intervention of professional translators.
Translations are provided for the sole purpose of facilitating reading by international visitors.
Share this article

Lto prostitution, system of reducing women to commodities, concerns the whole of society in all its bodies, including the religious ones; It is with this in mind that the FDEI (Federation of Evangelical Women) and the Interreligious Observatory against Violence against Women, made up of Catholics, Evangelicals, Jews, Muslims, Buddhists and Hindus, promoted meetings with a decidedly abolitionist character on the subject. Here is a report.

At the first meeting, 18 March, introduced by OVID presidents Paola Cavallari and Gabriela Lio of the FDEI entitled: "Prostitution and Pornography affect us all"More than a hundred people participated in the event. Accompanied by historian Liviana Gazzetta and lawyer Grazia Villa, they traced the prostitution system in its historical, legal and sanitary dimensions, investigating how it intertwines with religious cultures.

The use of prostitution has always been experienced by religions as a lesser evil. The whole speech was centred on the woman, but the figure of the customer has always remained out of the picture. The churches have acted from a welfare perspective, devoting much attention to trafficking and victims, but without questioning the true roots of the phenomenon; instead, it would be necessary for faith communities to question themselves not only on the effects, but also on the causes that lie in the male sexual privilegebecause the sexual exchange that moves a large mass of 'clients' conceals a role of power.

The testimonies of prostitution survivors, say the organisers, have had the merit of revealing to feminism that prostitution is rape for pay. Liviana Gazzetta, through a historical excursus, illustrated the emergence of different approaches to the phenomenon that in predominantly Catholic countries developed through regulatory strategies aimed at tackling the problem from a health and public order perspective, while in Protestant countries the German approach of soft regulation became widespread.

Leading the way was the French model which provided for the police, administrative and health control of prostitutes, which later became hegemonic in Europe. The abolitionist model developed predominantly in Protestant-majority countries and was closely linked to the nascent feminist movement.

The adoption in England of the French model of regulating prostitution through the Contagious Diseases Act will meet theopposition of a women's movement: the Ladies National Association founded in 1869 by Elizabeth Wolstenholme and Josephine Butler, whose famous saying: '.God and a woman make a majority". The movement rejected the law that, by legalising prostitution, placed the women involved under medical and police supervision, and succeeded in obtaining its abolition.

In 19th-century Italy, the fight against prostitution was fragmented, but saw the commitment of Anna Maria Mozzoni and Gualberta Alaide Beccari.

Grazia Villa pointed out in her speech how widespread is the idea that prostitution not only cannot be eliminated, but that it does no harm or may even be useful to people such as the handicapped, just as there is also a widespread idea that it is necessary to distinguishing between forced prostitution and traffickingwhere there is a presumption of violence, and the 'free sex work' presented as a work activity and an expression of self-determination to be protected. This distinction, however, does not allow for the recognition of the violence inherent in prostitution per se, which is limited to the criminal management of the phenomenon.

The offer of sexual services in exchange for a financial consideration is not a tool for human development and this is testified to by the words of the survivors who recognise themselves as playthings in the hands of the clients, induced to behave every day according to their whims to the point of feeling used and dirty and struggling to recognise another kind of life possible.

From a legislative point of view to date, 22 bills have been tabled to regulate prostitution characterised by continuation of a women's health and control policywith a look not far removed from the regulatory concepts that preceded the Merlin law. What emerges is a convergence of political groups in the attack on Merlin which is even blamed for an aggravation of the prostitution phenomenon, whereas this law has proved capable of understanding the extent and complexity of the phenomenon and of providing the tools to intervene even in more recent situations.

It is essential never to stop "to desire, to dream, to work for a world in which the sexualised body is a place to experience free relationships".

More meetings are planned on Zoom: to participate write to: incontrizoom@cdbitalia.it

Italian news
Politics
Citizenship Income Reform: taking sexual difference into account
The employment situation and wage levels of women -with strong regional variability- are very different between women and men. This was also the case for income, which also had a positive effect on the birth rate. This is why changing the institution requires a careful assessment of the so-called 'gender impact': an 'equal' reform could have unequal effects according to gender
The need for a citizenship income reform is now recognised across the board, albeit with different approaches and solutions. The Meloni government has presented its plan in progress. But the consideration of what is called the 'gender impact' -that is, the evaluation of the effects of the reform on women- still seems insufficient, generally underestimated by analyses. In a social situation and in a labour market like the Italian one, where women are strongly disadvantaged both in [...]
Read now
1 2 3 ... 14 Next »