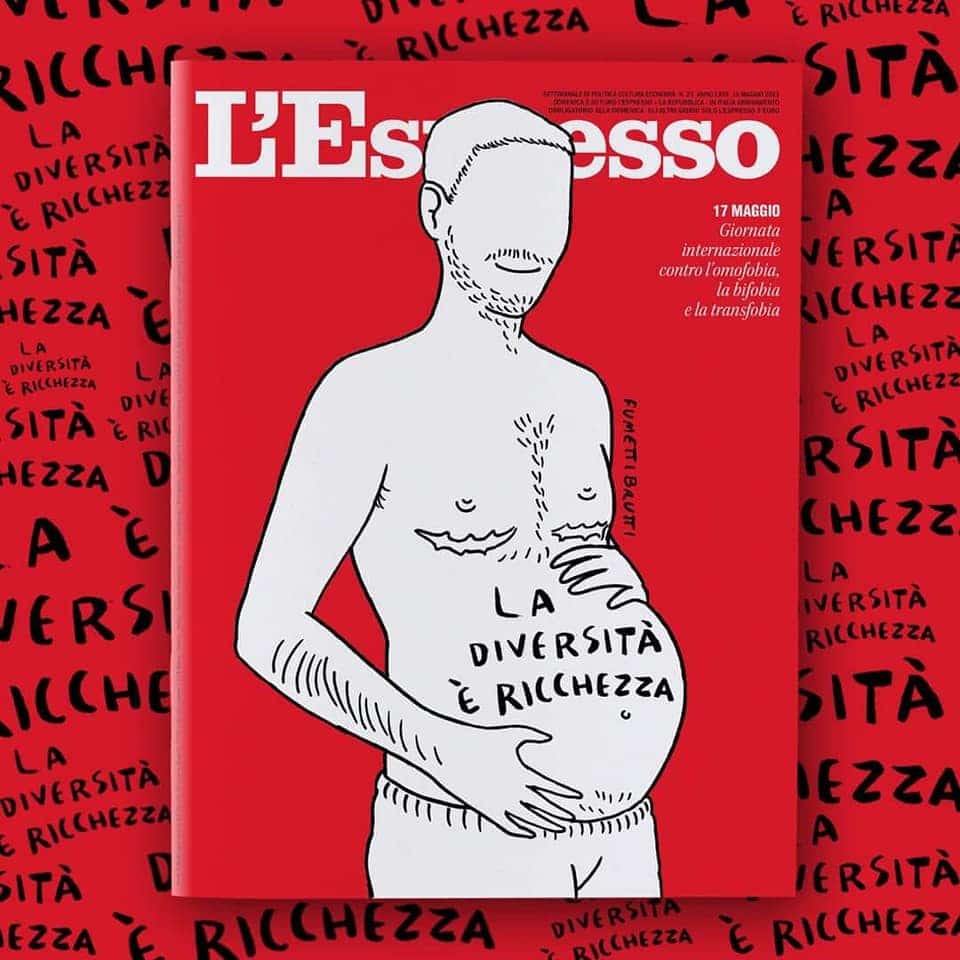 The Espresso cover is perfect

The cover of the Espresso is good journalism, because it makes it definitively clear that the real goal of the Zan law is gender identity, towards free self-certification or self-id. Citizens have the right to know this. And to discuss it for as long as they need to.
ddl zanespressoGegiidentity by genreschoolsself idtransition
Please be aware that the translation of contents, although automatic, has a cost to Feminist Post but is provided to you without any charge. Please consider making a contribution via the "Support us" page if you intend to use our translation service intensively.
The contents of this site are translated using automatic translation systems without the intervention of professional translators.
Translations are provided for the sole purpose of facilitating reading by international visitors.
Share this article

The cover of theEspresso is perfect because it provides excellent information on the Zan ddl, more than many editorials, TV broadcasts and Zoom meetings, hitting the target perfectly: a pregnant woman -only women get pregnant- who identifies herself as a man, has undergone a double mastectomy -evident scars- and takes testosterone -beard and hair-.. That woman will demand to be called "man giving birth'.will accuse of misgendering and of transphobia anyone who says, possibly at the risk of prosecution (it has already happened around the world) that only women give birth. Simply saying that women have vaginas is enough to get into trouble: here the last episode.

The cover of theEspresso is perfect because it illustrates the real core of the Zan ddl, gender identity: not two boys holding hands or two women kissing, but a 'trans man' who apparently will no longer be able to breastfeed, but will be able to give birth because he has kept his female reproductive organs intact. Perhaps, if I may, instead of a drawing I would have chosen a photograph, but modesty is understandable.

Just a week ago in Milan from the stage of the pro-ddl Zan Marilena Grassadonia, leader of Famiglie Arcobaleno and head of rights for Sinistra Italiana, clarified that the Zan law is only the beginning of the road to reforming law 164/82 (i.e. free self-certification of gender, the legal platform is already in place) and free access to uterus for rent (see here). No one has denied it, starting with Zan himself. Moreover, it is being tried all over the world, including Europe: in Spain, where the debate on the Ley Trans, in GermanyThe Bundestag will discuss a bill on self-id on 19 May. With one significant difference: Elsewhere the objective is explicit, here everything is done not to discuss it openly. This is why the cover of theEspresso is a very good step forward.

The cover is also journalistically perfect for another reason: it gives acorrect information on transitions. It chooses a trans FtM, female to male, today the 75-80% of transitions between minors: it is about girls trying to escape the apparent misery of being a woman in a world of oppressing males ("escape from the burning house'.) "identifying" with the oppressor: this is the extreme, last and definitive stage of emancipationism (see here). Surgery also affects mainly girls: in 9 out of 10 cases, MtF trans men to women keep their bodies and genitals intact, while FtM girls almost always get mastectomised and take hormones.

A couple of weeks ago we published on La Stampa a crowdfunded survey targeting gender identity (see here) which recorded the opposition of the majority of citizens. What has the Zan ddl, we were told, got to do with gender self-certification? The cover of theEspresso clarifies this definitively: gender identity, as we have always said, is the lintel of the law, the essential point together with the day of celebration against homobi-transphobia in schools of all kinds and grades (without the need for individual parental consent); and to Lgbtq training.

In those courses very little will be said about homosexual love. There will be no films about love between women and men - such as the splendid Portrait of the young woman on fire o Moonlight-. Gender identity will be discussed above all: indeed, it is already being discussed. The following will be discussed career alias e gender variance (i.e. the possibility of being called by the name of the chosen gender rather than the birth name): indeed, this has been discussed and done for some time, see for example the school guidelines "for children and adolescents with gender variance'. processed by Regione Lazio. To the youngest, as in Canada, perhaps Gegi will show up. (see here) the magical unicorn who will accompany them to discover their own gender identity e gender expression (slogan: don't tell mum and dad, tell Gegi).

There will be a discussion on surrogacy, which is still a great business to promote along with the surgery and hormone market. Indeed, there is already a lot of talk about it in Italian schools with dedicated grand tours. So: the cover of theEspresso, that sweeps away all doubt. Zan law is one of the main gateways to transhuman or posthuman civilisation.

It may or may not be a beautiful thing. What is certain, it needs to be discussed, at length and in depth, cannot be the hasty decision of a few imposed on the majority of the unaware. In Great Britain where there has been much talk about it, the overwhelming majority of citizens said no to self-id (94 per cent against, according to the poll of The Times) and LGBT education in schools is no longer done. In Swedenafter having initiated the transition of thousands of girls and boys a few weeks ago decided to ban puberty blockers.

So the cover of theEspresso which contributes to clarity.

International news
Radical Feminism, Gender Identity
Femelliste, a gender critical 'sister' platform is born in France
Harassed, insulted, mocked, threatened: French feminists have collected and catalogued the attacks transactivists have suffered for years. And they have set up an information and training site against the dictatorship of transgender ideology
The name of the site is a play on words that cannot be translated into Italian. The site's creators inform that it has already been used by animal feminists such as Posie Parker, Nicole Roelens and the Boucherie Abolition collective. It would make one think of anti-specism, it is actually more and in some respects a little different. 'Femelle' in French means the female animal (for the human one, the same word as woman, femme, is used). Since they fight for sexual rights [...]
Read now
1 2 3 ... 45 Next »