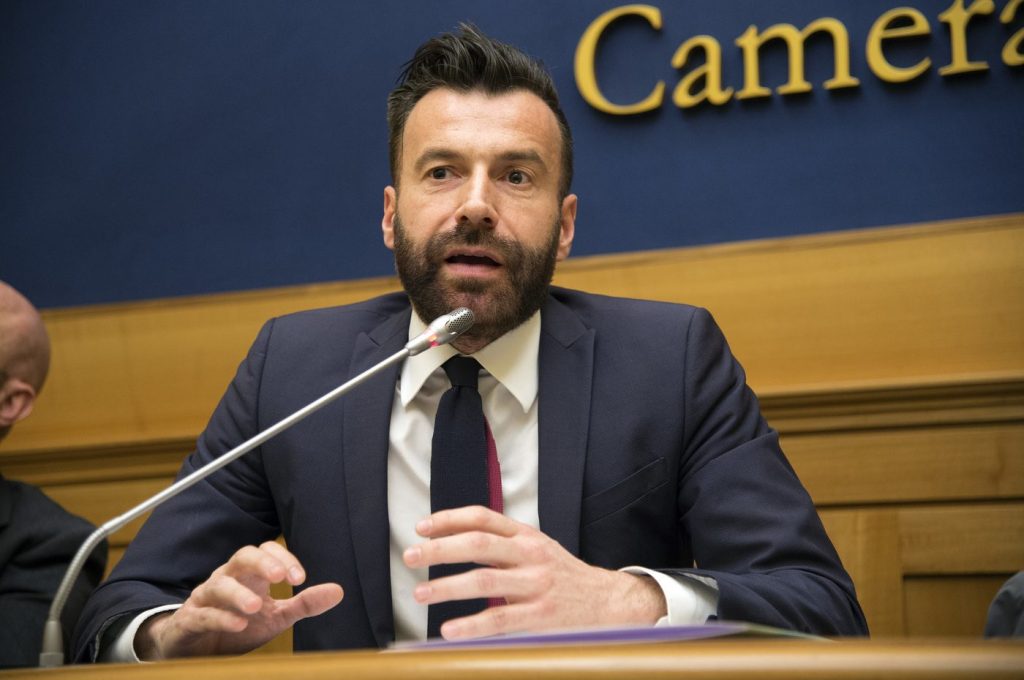 Zan law: we need real confrontations, not a war of communiqués

releasesddl zanfeminismgender criticalidentity by genreif not now when
Please be aware that the translation of contents, although automatic, has a cost to Feminist Post but is provided to you without any charge. Please consider making a contribution via the "Support us" page if you intend to use our translation service intensively.
The contents of this site are translated using automatic translation systems without the intervention of professional translators.
Translations are provided for the sole purpose of facilitating reading by international visitors.
Share this article

It is rather depressing that instead of considering these reasons, Instead of confronting these reasons, a war of communiqués is waged in order to show that the REAL feminists are in favour of the Bill as it stands. The last one, hastily put together, signed by "activists of If Not Now When"(?) -which as such has not existed for years: there are only Snoq Libere, Snoq Factory, Snoq Genova and other cities, but If Not Now When not- and by a list of names -some of whom, we accidentally discover, did not even know they had signed up-. and then spread by the drumbeat of LGBT+ sites.

This is not serious, it is humiliating, it reduces politics to a board game and a petrol station.

We could respond by exhibiting theand almost 17,000 signatures and the 320 associations, including many Italian ones, that have signed the Declaration on Women's Sex-Based Rights (see here), a global gender-critical network covering 130 countries, i.e. more than half the countries in the world (we are the Italian contact point for this network). Or mention the political partnership with the Spanish feminists of Contra Borrado in the fight against Ley Trans and gender identity (see here), dozens and dozens of associations that are effectively at our side. We could mention the American Women Liberation Front (Wolf) and many others. Or even simply try to engage showbiz personalities as testimonials.

In all honesty we do not feel able to accept this plan.

The issues at stake are too important, they touch the root of the human being and the lives of women, girls and children, and cannot be dismissed with a collection of more or less invented signatures.

Mr Zan and the other signatories of the law against ombitransphobia have chosen to be elected to represent everyone, a task which requires a high sense of responsibility despite the poor state of health of our representative institutions. To him and to them We ask that the discussion be kept at the level it deserves. Above all, to agree to discuss: the confrontation we have been asking for for months is regularly shunned. Every attempt has been ignored: why?

As Zan knows very well, we we are not Pillon. The truth of our lives does not allow us to subscribe to the homophobic right.. Our biographies are closely intertwined with those of our lesbian, gay and transgender sisters and brothers, and for some of us they coincide. Feminism, as Michel Foucault acknowledged, has given a great deal to the LGBT struggle, and we too have done so individually, right up to the latest squares for civil unions.

This perhaps makes it more complex to take into account and measure our critical arguments against the bill. Also because We are convinced that Zan and the other signatories of the dossier understand very well what we are talking about.

Is it really so difficult to understand that it is not possible for an MP to be prosecuted for saying that 'only women give birth'. (is happening in Norway)? Which is absurd to allow people with intact male bodies to participate in women's sports competitions? That it is very dangerous for women to allow men who for reasons of convenience claim to be women to be detained in women's prisons (it's happening in California, 270 transfer requests)? What someone who has been perceiving himself as a woman for 15 months cannot expect to enter a women's convent, as he is doing. (is it happening in the Netherlands)? (here we only mention facts of the last few days). What you can't pump eight-year-old girls and boys with hormones, making them rachitic and infertile, just because they show behaviour that doesn't conform perfectly to their sexas has happened to almost all of us? And that it is not acceptable that in Vancouver, Canada, a father was imprisoned for opposing puberty blockers given to his daughter? (Today there will be a demonstration in solidarity with the man, already threatened by transactivists).

We then close with yet another request to Zan and the other signatories of the bill to accept a serious, in-depth and reasoned debate (of the only one who, just in the last few days, had said she was a perhaps available, Monica Cirinnàwe no longer have any traces).

International news
Radical Feminism, Gender Identity
Femelliste, a gender critical 'sister' platform is born in France
Harassed, insulted, mocked, threatened: French feminists have collected and catalogued the attacks transactivists have suffered for years. And they have set up an information and training site against the dictatorship of transgender ideology
The name of the site is a play on words that cannot be translated into Italian. The site's creators inform that it has already been used by animal feminists such as Posie Parker, Nicole Roelens and the Boucherie Abolition collective. It would make one think of anti-specism, it is actually more and in some respects a little different. 'Femelle' in French means the female animal (for the human one, the same word as woman, femme, is used). Since they fight for sexual rights [...]
Read now
1 2 3 ... 48 Next »