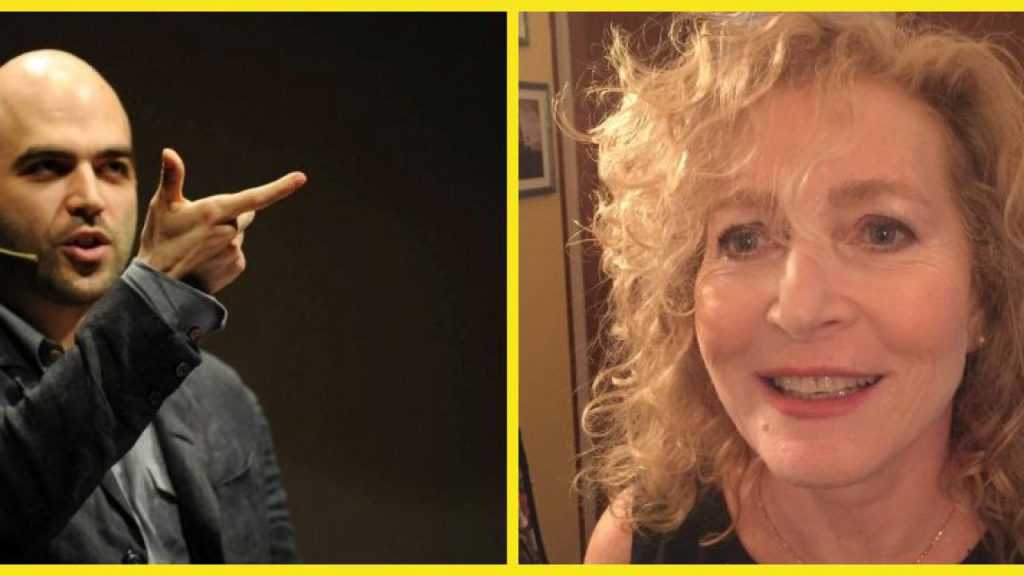 Feminist journalist Monica Ricci Sargentini has been threatened with a sanction - three days' suspension - by Corriere della Sera for having shared the spirit of a protest initiative against an article published in Annex Seven in which the Neapolitan writer spoke of regularising 'sex work' as ordinary work. It would be important to know his point of view as a defender of freedom of opinion on the matter. But at the moment there is no sign
courier of eveninglaw merlinfreedom by opinionMonica Curls Sargentiniprostitutionroberto saviano
Please be aware that the translation of contents, although automatic, has a cost to Feminist Post but is provided to you without any charge. Please consider making a contribution via the "Support us" page if you intend to use our translation service intensively.
The contents of this site are translated using automatic translation systems without the intervention of professional translators.
Translations are provided for the sole purpose of facilitating reading by international visitors.
Share this article

Meet Roberto Saviano as a defender of freedom of opinion and of the press. This is how he has always presented himself. Not only for the risks taken personally, but for having on several occasions defended freedom of thought with public statements, explaining that a journalist must 'be able to do his job without being attacked'. on a personal level, without a climate of threat'. and complaining that "any critical voice knows to expect retaliation".

These days Monica Ricci Sargentini, journalist at the Corriere della Serawas the subject of a warning letter from her newspaper, threatening a three-day suspension from work and salary, precisely for expressing (privately) an opinion.

But, as Saviano wrote on another occasion, "for a journalist to ask questions or formulate opinions is nothing more than his function and right". However, those who defend the measure against the journalist retort, the opinion expressed is against their own newspaper, indeed, against the article signed by Saviano himself in the annex Seven in which the author attacks the Merlin Law, reiterating the argument already put forward by Salvini that prostitution should be regularised and treated like any other freely chosen profession.

The article triggered an outcry from women, with a barrage of opposing e-mails flooding the editorial staff of the Courier. La Sargentini's fault is that he shared the contents of the feminist initiative - without participating personally -. even if in private form.

The question at this point is inevitable: but what does Saviano think? Why is he silent? It is impossible for a champion of the freedom of journalists to express themselves and to ask questions and criticise without being subjected to retaliation to agree with the measure against the journalist. It is impossible to think that Saviano believes that the limit to a journalist's freedom is conformity with the line of the newspaper in which he writes; impossible to suspect that the writer's silence is due to the fact that the feminists' criticism concerns him.

We are therefore waiting for Saviano, known for his courage, to show his indignation. for the action against Sargentini, and proclaim to the world that Those who defend freedom of thought have a duty to fight first and foremost for those who do not think like them.

Italian News, Headlines
Girls, Gender identity
Italian psychoanalysts: stop puberty blockers
The Italian Psychoanalytic Society criticises puberty blockers for children: dangerous and experimental treatment. And joins gender critical feminists and parents in calling for scientific data and a public debate on the best treatment for children suffering from gender dysphoria
For years we gender critical feminists have been fighting against the scandal of the medicalisation of children in the name of gender identity. And for years we have been branded as fascists, reactionaries, bigots. Today at last an accredited Italian scientific society, the Italian Psychoanalytic Society (SPI), is taking a stand, joining us in raising a cry of alarm: the use of puberty blockers is an experimental treatment that has no solid scientific basis, and causes serious side effects. Above all, in most cases dysphoria [...]
Read now
1 2 3 ... 26 Next »