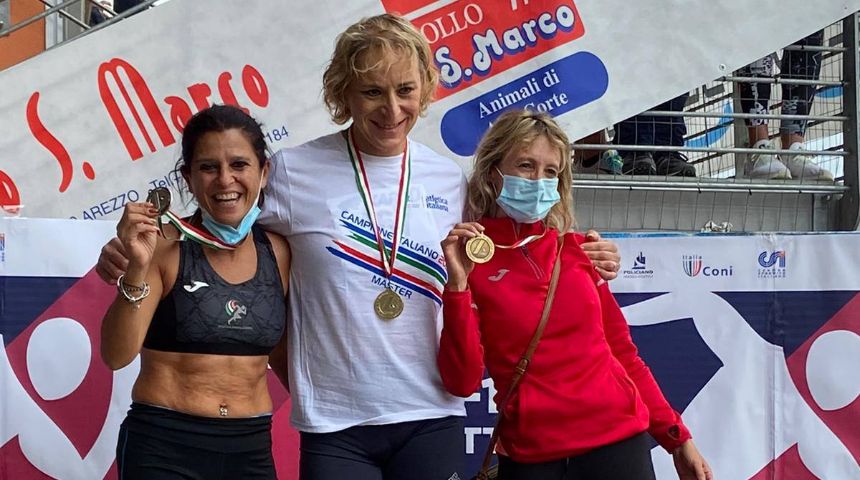 The sportswomen -including Cristina Sanulli and Denise Neumann, beaten by the trans Valentina Petrillo- claim to be deprived of fair competitions, in violation of the Equal Opportunities Code. And they write to Minister Bonetti and Undersecretary Vezzali. No answer so far.
Cristina Sanulli e Denise Neumannelena bonettiMariuccia Fausta Quilleriolympicssports femaletokyoValentina Petrillovalentina vezzali
Please be aware that the translation of contents, although automatic, has a cost to Feminist Post but is provided to you without any charge. Please consider making a contribution via the "Support us" page if you intend to use our translation service intensively.
The contents of this site are translated using automatic translation systems without the intervention of professional translators.
Translations are provided for the sole purpose of facilitating reading by international visitors.
Share this article

With the approach of the Tokyo Olympic and Paralympic Games in July, the media started to show footage of women's competitions in which male-born athletes also participate - and almost always win, thanks to the guidelines drawn up by an all-male group of the International Olympic Committee which provide as only criterion is self-identification with 'female gender identity' and a lowered testosterone level.

The images of these tall, muscular bodies, with a build that despite the breasts, pink jumpsuits, lipstick and red nail varnish remains unmistakably masculine, are jumping out at you and opening up a debate about the legitimacy of allowing male athletes to compete with women.

Faced with the clear advantage of the male 'ultracorps' in women's sports, much of the audience asked: what do female athletes think? Why don't they rebel en masse?

In fact, Italian sporting news has given great prominence to the story of Valentina Petrillo, "the first transgender athlete running to qualify for Tokyo 2020" (see here e here), but female athletes have been made invisible, with a few exceptions.

Despite this press blackout, Italian women athletes rebelled and expressed their indignation not by deserting the competitions, but by taking legal action, for the fact that they were deprived of fair competition.

L'Lawyer and Italian athletics champion Mariuccia Fausta Quilleri represents 24 female athletes. who have signed a petition to request that male-born transgender athletes be admitted to women's competitions exclusively out of competition.

The athletes first of all contest the lack of scientific basis - as well as lack of legal validity - of the IOC guidelinesas has been proven by numerous studiesof which the most comprehensive is perhaps that of Dr Emma Hilton and Dr Tommy Lundberg published in " The World's Least Developed Countries ".Sports Medicine'. (see here).

Furthermore, they claim that the admission of male bodies in women's competitions constitutes a violation of Article 1 of the Code for equal opportunities between men and women, which," writes Ms Quilleri, "obliges absolute, inviolable and indispensable respect for the female physical individuality".

The petition was sent on 3 May to the President of the Italian Athletics Federation Stefano Mei, the Minister for Equal Opportunities Elena Bonetti and the Undersecretary of State for Sport Valentina Vezzali.. After more than a month, none of these authorities has yet responded.

Athletes who have signed the petition include Cristina Sanulli e Denise Neumannwhich competed with Petrillo at the Italian masters championships in Arezzo in October 2020 -seen in the opening photo- and that the journalist who interviewed them said that felt they 'did not compete on equal terms'. (see here).

Sanulli and Neumann continued to train and race, and at the Italian indoor championships in Ancona in March 2021 they had a chance for a rematch. In the 200 metre indoor race Cristina Sanulli still managed, despite her shorter stature and female body, to beat Petrillo in sprinting and came first, and Valentina second, despite having all the technical advantages provided by a body that has experienced male puberty: the longer stride, bigger heart, feet and lungs, higher maximum oxygen consumption per muscle contraction (VO2max), stronger tendons, and much more.

On Friday 11 June on RadFem Italia's youtube channel, at 7pm, we will meet Mariuccia Fausta Quilleri. Follow the meeting!

Italian news
Children, Motherhood, PAS
School ends, forced withdrawals of children begin again
Despite a recent ruling by the Supreme Court of Cassation defining the forced removal of minors as 'outside the rule of law', this morning in the province of Lodi an 11-year-old boy was snatched from his mother, who was forcibly and deceptively detained while her son was taken. Here is how the events unfolded in the account of a witness
This morning in the province of Lodi, in Casalmaiocco, an 11-year-old boy, Gioele, was forcibly snatched and suddenly and traumatically removed from the mother with whom he was living. Here are the facts as told by a MaternaMente activist present at the time: 'Deborah and her son had been summoned for a meeting by the social services this morning. The meeting took place online and the SS used reassuring tones. The mother then went to the municipality to [...].
Read now

International news
Gender identity, Sport
Bye bye 'Lia': world stop to trans swimmers in women's races
Despite the scandalous and opportunistic silence of the sports media, the World Swimming Federation closes to male bodies in women's competitions (something similar has also been decided for cycling). Soon, hopefully, all other categories will follow. The trophy-stealing 'Lia' Thomas cases will not happen again. Honour to the female athletes who fought against this colossal injustice. And to all of us who have resisted the misogynistic violence of gender ideology for years.
Fighting is needed: piece by piece the wall of trans-ideology is crumbling. And while the American Democrats - Hillary Clinton's word - are resoundingly distancing themselves from trans-activism because they realise that they are risking the presidency of the United States on these issues, the Fina (Fédération Internationale de Natation), the world governing body of swimming, has voted in favour of new rules according to which transgender athletes will not be allowed to compete in elite women's competitions if they have crossed any part of the [...]
Read now
1 2 3 ... 14 Next »