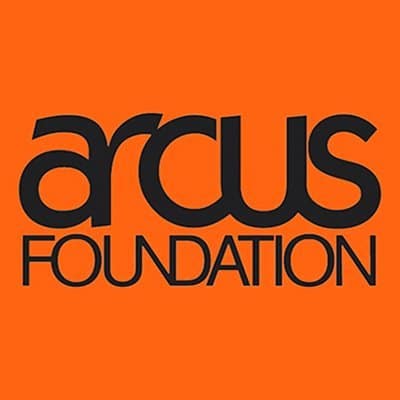 Mountains of money for the Trans Lobby

Here are accounts of the hundreds of thousands of dollars given by the Arcus charity to LGBTQ movements to support gender identity. Recommended reading especially for those who believe this is a left-wing battle
arcusidentity by genreLgbtqlobby transStonewalltransgender
Please be aware that the translation of contents, although automatic, has a cost to Feminist Post but is provided to you without any charge. Please consider making a contribution via the "Support us" page if you intend to use our translation service intensively.
The contents of this site are translated using automatic translation systems without the intervention of professional translators.
Translations are provided for the sole purpose of facilitating reading by international visitors.
Share this article

La The Arcus Foundation is a major charity supporting the LGBT cause.social justice issues and environmental conservation. Arcus is strongly involved in actively supporting transgender ideology. In these articles by Jennifer Bilek learn more: see here e here. If you want to check who the beneficiaries of ArcusThe list can be found at here. Ttween 2016 and April 2021, Arcus invested nearly $74 million in promoting social justice. Most of these beneficiaries had to do with gender identity ideology.

Many Arcus recipients have themselves provided grants: if a country is not a direct recipient of funds, it may have received money indirectly. In many cases, the tactic of the forced teaming -forcibly teaming up-. It happens for example when shosters of trans ideology feign alliance and common cause with more established movements in order to exploit their reputation. The most frequent case is the alliance with groups supporting gay rights. For example, Arcus donated 142,000 in Stonewall (formerly a gay rights charity in the UK). This happened just before Stonewall added the T a LGB and expand its mandate to cover transgender issues. Other 42,000 to support a project called 'Rainbow Laces' aimed at bringing LGBTQ people into sport.

Arcus also has paid Stonewall $75,000 to attend roundtables to convince business to support the LGBTQ cause by portraying it as a "a good business strategy'.

It might seem that Stonewall changed course in the direction of gender identity, because the battle for LGBT rights in the UK had been won. I disagree. The homophobia that harms young gay men has not disappeared. Maybe was no longer such an economically advantageous cause, but good work could still have been done in the UK. We could also have campaigned for gay and lesbian rights abroad. Work could have been done to stop the horrendous abuse of gays and lesbians in Iran, where they are not accepted as homosexuals but can get surgery if they accept the trans identity. Instead Stonewall opted for a more profitable route. It does not seem to have occurred to the bigwigs in the organisation that fighting to defend homosexual orientation involves recognising that sex is a material reality. Transgender ideology, on the other hand, denies the reality of sex and thus sex-based attraction. This is one of the many conflicts between trans and homosexual rights.

But back to the Arcus Foundation: looking at these projects in detail, it is rare to find one that focuses exclusively on sexual orientation. On the contrary, they appear considerable sums spent exclusively on 'transgender' issues, over 9 million dollars.

It is interesting to note that if you look for mention of specific projects for 'transmen' you will not find any. However, some of the projects specify a focus on 'Transwomen', usually Transwomen of colour. Transmen tend to be used when they are pregnant or when they make it easy to argue against the gender-based rights of biological women. The omission of any specific project aimed at the needs of the 'transmen' cries out: "good old sexism!". Another tactic has been to join women fighting for reproductive justice.. Women's struggle to control their fertility is being hijacked by trans organisations which hitch their wagon to these long-term campaigns.

Organisations from which one would not expect liberal and progressive views on homosexuality or gender identity. Rather, many of these, in the United States, were eitherevangelical Christian organisations deeply involved in supporting Trump. A couple of examples appear below from Atlanta to Georgia and Texas

You will find other examples of "forced teaming" between grants focused on racial justice or homelessness. There are also many grants to organisations dealing with strategic litigation in the area of LGBTQ or exclusively 'transgender' organisations. Some projects are aimed at educating/lobbying -involving- United Nations employees.

Many of the entries also mention funding to create bottom-up movements. Someone should explain that grassroots movements grow spontaneously. When millions of dollars are invested to grow a movement, it is a 'free-for-all'.artificial grass, not in a grassroots movement.

The media narrative is the subject of skilful manipulation. These are the organisations involved in journalism or documentary film production that are receiving money from Arcus. The explicit aim is to ensure that media coverage is shaped by the Trans Lobby.

Here is an example of how these grants are described: To "ensure that the coverage is neutral or positive". And to organise to be ready in the respond to any negative media coverage. Journalism or advocacy?

As many of us are trying to point out to radical left-wing groups who shout 'transwomen are women'... or other meaningless mantras, and especially to the left-wing feminists: you are the subject of manipulation by billionaires. This is not a grassroots movement, is an elite project, A great deal of money is invested in promoting a dissociative body condition that disengages us from our sexed-up bodies.

the whole article by Gendercriticalwoman you can read it here

UNLIKE THE TRANS LOBBY, WE FIGHT WITH OUR BARE HANDS AND WITHOUT MONEY

Italian News, Headlines
Girls, Gender identity
Italian psychoanalysts: stop puberty blockers
The Italian Psychoanalytic Society criticises puberty blockers for children: dangerous and experimental treatment. And joins gender critical feminists and parents in calling for scientific data and a public debate on the best treatment for children suffering from gender dysphoria
For years we gender critical feminists have been fighting against the scandal of the medicalisation of children in the name of gender identity. And for years we have been branded as fascists, reactionaries, bigots. Today at last an accredited Italian scientific society, the Italian Psychoanalytic Society (SPI), is taking a stand, joining us in raising a cry of alarm: the use of puberty blockers is an experimental treatment that has no solid scientific basis, and causes serious side effects. Above all, in most cases dysphoria [...]
Read now
1 2 3 ... 43 Next »