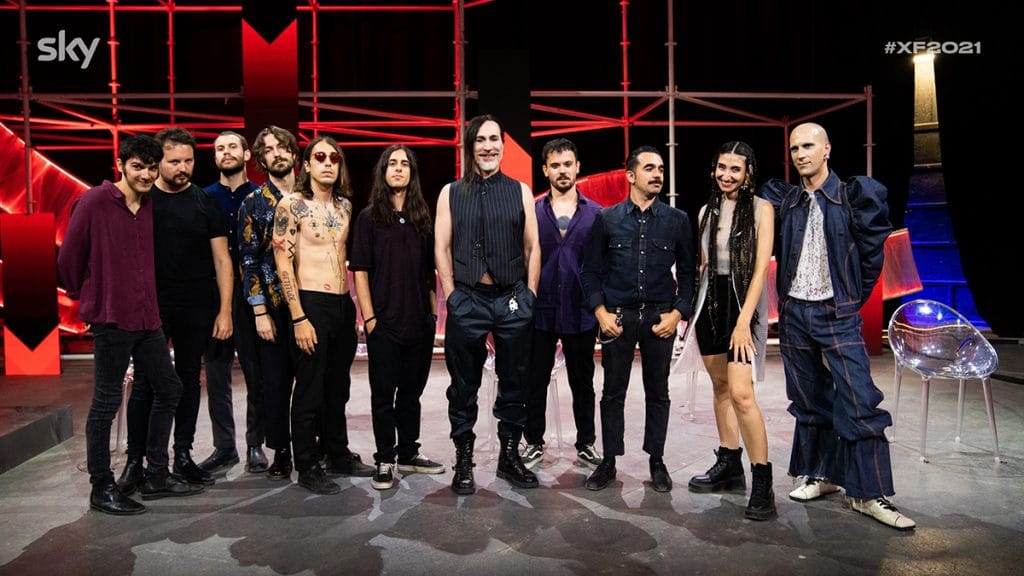 The disappearance of women. In X Factor

The abolition of the women's and men's categories from the talent, in homage to gender fluid, has in fact resulted in the abolition of women: only 2 finalists against 20 men. No better demonstration of the fact that the neutral is masculine, and erases the feminine gender
categoriesfemalegender neutralmaleneutraltaletx factor
Please be aware that the translation of contents, although automatic, has a cost to Feminist Post but is provided to you without any charge. Please consider making a contribution via the "Support us" page if you intend to use our translation service intensively.
The contents of this site are translated using automatic translation systems without the intervention of professional translators.
Translations are provided for the sole purpose of facilitating reading by international visitors.
Share this article

What is happening in the Italian edition of the international talent show X Factor (Sky) is disconcerting, but also very significant.

From this year categories have been abolished: in particular, men and women no longer compete in different and separate categories in deference to mainstream fluid according to which sexual binarism is a fact to be archived.

The paradoxical result of innovation is that thehe final will be almost exclusively male (20 male competitors, 2 female): practically a football club. From the hated binary, through non-binary, it was back to the old dear monosex.

By abolishing the categories X Factor has effectively abolished the women.

No better demonstration of the fact that the gender neutral is maleand involves the disappearance of the female sex.

The production team and judges will have this weird cat to deal with, the women will practically disappear, and they will have to somehow get out of the embarrassment.

It's not a surprise to us here, as it is happening in the talent, in any area of human coexistence, the 'unexpected' product of gender-neutrality is the disappearance of women and the spread of the masculine. In short, we are back to where we started, when women were excluded from everything.

Intent - to do away with women and replace them with a more functional and up-to-date neutral - that is very clear in its language, where it calls for the 'category of women' (Judith Butler) to be opened up to anyone who perceives themselves as such, inviting born women to be content to belong to the sub-category of 'bodies with vaginas' (The Lancet, see here).

Precisely because of this appoint themselves as women, resisting the invasion of womanhood by men has become a eminent political act.

The X Factor is an excellent opportunity to propose reflection to the younger generation. natural-born fluid.

International news
Gender Identity, Motherhood
UK: health service backs down on 'transgender maternity' services after midwives revolt
Fighting is needed: in Great Britain midwives and nurses are rebelling against the announced opening of courses and wards dedicated to the pregnancy and birth of 'trans and non-binary' people. And the NHS stops the initiative. Meanwhile, in the USA there is talk of uterus transplants between living people: donor women for the benefit of men who wish to have 'female physiological experiences'. The old patriarchal dream: to take the place of women. Today acted out by neo-patriarchs T
Fighting serves. The revolt of midwives and nurses has foiled the English National Health Service's (NHS) plan to organise dedicated 'transgender maternity' services. On 16 December, an advertisement had appeared to recruit staff to manage the training of 'trans and non-binary people giving birth' in 40 NHS maternity services, an announcement that provoked an immediate reaction from midwives. A group of around 300 nurses, midwives and psychologists wrote an open letter to Lizzie [...]
Read now
1 2 3 ... 41 Next »