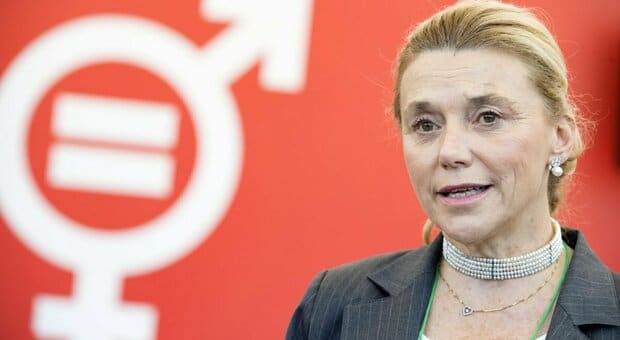 "Una Donna" and the others: a necessary sacrifice to propitiate male politics. Accomplice to the devout silence of the elected representatives, who are the first to celebrate failure. There is now an unbridgeable gap between citizens and parties. And for women - all of them - a step backwards.
womenelisabetta bellonielisabetta casellatiemanuela severinojorgia melonsgladness morattimarta cartabiapolicyquirinala woman
Please be aware that the translation of contents, although automatic, has a cost to Feminist Post but is provided to you without any charge. Please consider making a contribution via the "Support us" page if you intend to use our translation service intensively.
The contents of this site are translated using automatic translation systems without the intervention of professional translators.
Translations are provided for the sole purpose of facilitating reading by international visitors.
Share this article

The position of women in politics is further diminished and mortified by the Quirinale affair.

Starting with A Woman, all female names thrown into the fray, by Elisabetta Belloni a Marta Cartabia, a Emanuela Severino, Letizia Moratti and Elisabetta Casellati -who spontaneously offered his throat to his tormentor, who was unable to gauge his ambition- are into the meat grinder of the bad, ramshackle, surreal game of male leaders. With the exception of Giorgia Meloni who played on his own and - whether or not he shared his political horizons - did not lose consistency and dignity.

The voice of women was not heard, except for those few stopgaps sent to defend their respective parties' positions on talk shows ('we think', 'we propose', 'we-do-not-we') while the men 'decided' all the wrong moves they made, Matteo Salvini and Giuseppe Conte top the list of irresponsible fools. Or the ones who went to meet the outgoing president, smiling in 18 inch heels, to tell him that he was also the incoming president, and celebrating themselves in the same way. festive selfies to share a joy that is theirs alone.

Balance sheet: we all come out of this week horribilis bruised. Nothing has changed, but in fact a lot has changed.

The defeat of 'Una Donna' and of all those women who are undifferentiated raw materials will also be paid for by us.

There is a risk that the ultimate drift of the politics of 'representation', increasingly distant from our real lives (an unbridgeable gap), busy earning the 6-7 months it takes to accrue a pension, and who from tomorrow will engage in bloody body-on-body all-for-one battles to win re-election.

We can no longer ignore the fact that the level of the political ruling class, with rare exceptions, has fallen well below the guard level, and this also has to do with the fact that women's expertise and preparation continue to be kept out and that the system of co-option by men and equal quotas favours the gregarious and the devouta disregard for merit fuelled by the devastating "one is worth one'.

A woman, indeed. And indeed it showed.

It follows that we can no longer look the other way, which the upcoming general elections -we are already in the election campaign- are a matter of concern to us and on which we must spend our best energies, drawing up proposals and solutions.