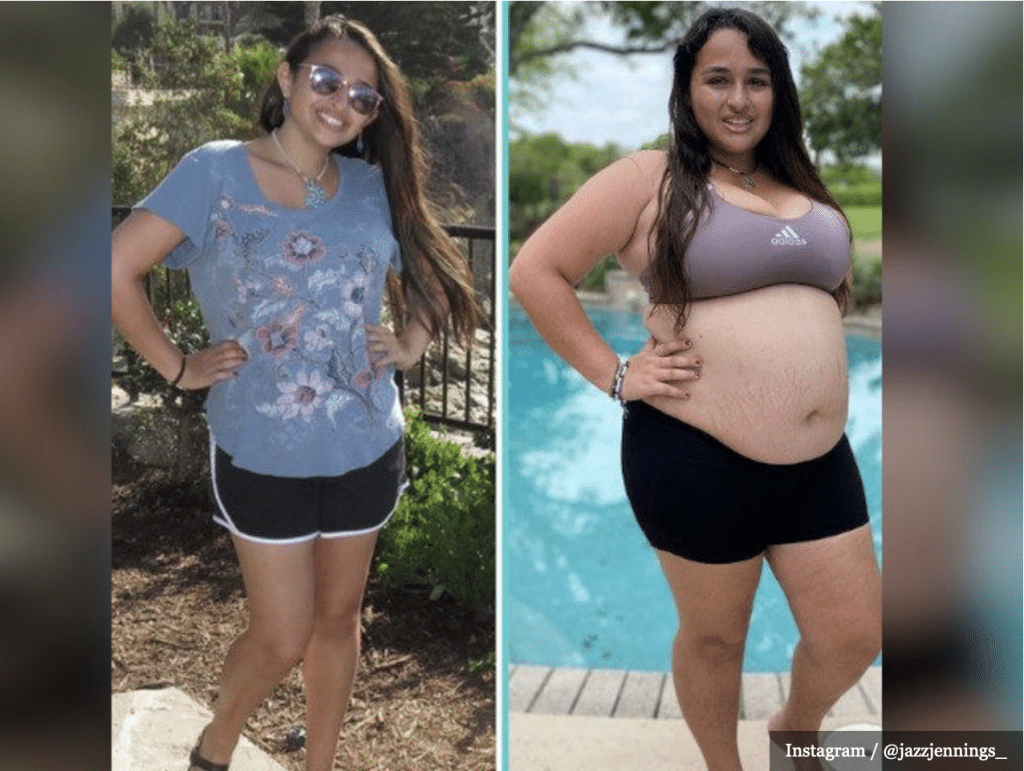 US: trans doctors against child transition

Hormones and surgery for dysphoric minors were also put on hold by Erica Anderson and Marci Bowers. Both trans women - Bowers is the surgeon who operated on the famous Jazz Jennings, in the photo, who now suffers from eating disorders, depression and serious post-surgery problems - express strong doubts. The boom in lawsuits also prompts caution from WPATH, the Association for Transgender Health. But the New York Times does not give space to these rumours.
abigail shrierheather andersonjazz jenningsmarci bowerspuberty blockertransition of minorsWPATH
Please be aware that the translation of contents, although automatic, has a cost to Feminist Post but is provided to you without any charge. Please consider making a contribution via the "Support us" page if you intend to use our translation service intensively.
The contents of this site are translated using automatic translation systems without the intervention of professional translators.
Translations are provided for the sole purpose of facilitating reading by international visitors.
Share this article

In the last few days, the world has heard about the'iinterview by Abigail Shrier two experts in the treatment of gender dysphoria, themselves transgender, who questioned the standard procedures currently used on girls and boys.

These are Marci Bowers, surgeon specialising in vaginoplasty and penile inversion, e Erica Anderson, clinical psychologist at the 'Gender Clinic for Children and Adolescents' at the University of California, San Francisco. Both were born men and made a 'gender transition' in adulthood. Bowers is also known for having operated on Jazz Jennings, a procedure shown on the reality show I Am Jazz.

Bowers and Anderson are committee members of WPATH, the World Professional Association for Transgender Health which publishes guidelines for the standard of care for gender dysphoria used worldwide.

In the interview, Bowers and Anderson questioned the administration of blockers to minors in the early stages of puberty.which is recommended in the 'Standard of care for transgender, transsexual and gender non-conforming persons' published by WPATH (see here).

In particular, Bowers confirmed that so-called puberty blockers -originally developed in the United States for the chemical castration of convicted sex offenders- have been used in a number of cases. cause serious and irreversible damage to bone density, development of sexual organs and the brain, inability to experience sexual pleasure and infertility. Shrier points out that so far no doctor in the field of so-called 'transgender medicine' had ever admitted as much..

Would the two experts therefore have criticised the guidelines of their own professional association, risking ostracism and accusations of transphobia? In fact, Marci Bowers is destined to become the future director of WPATH.

The interview defines them as whistleblower -whistleblowers, but the real ones are whistleblower are others, such as the anonymous Canadian who already in 2019 denounced in an investigative report that the WPATH's "transgender standards of care" were not based on scientific evidence (see here).

Bowers and Anderson improviding a step backwards on a standard of care they helped to create.and they give publicity to their position by giving the interview to the widely followed Abigail Shrier -author of the bestseller on dysphoric girls Irreversible Damage. This is after a Anderson's unsuccessful attempt to publish an editorial on the New York Times, declined on the grounds that the topic was not a priority at the time. (see here).

This change of course comes after the recent boom in lawsuits by young people detransitioner regretting their 'transition' and health professionals and former employees of gender clinics in the United Kingdom (Keira Bell , Sonia Appleby), in the United States (apaediatricians' associations) and in Australia (detransitioner). Bowers and Anderson's rethinking brings to mind the proverbial 'rats abandoning a sinking ship', as it was commented on social networks.

The statements made in this interview might indicate that, to avoid lawsuits and probable convictions and the obligation to pay damageseven the mighty WPATH, which will be headed by Bowers from 2022, may soon reviewing its policies on puberty blockers and the mutilation of the sexual organs of minors.

In addition to legal problems, in recent times Bowers surgery nt enjoys good publicity. The health of his most famous patient, Jazz Jenningsthree years after the operation, he continues to deteriorate visibly. Jennings recently admitted to suffering from eating disorders which led to her gaining 40 kg in weight in a short space of time. In recent years, Jennings has already postponed entering university because of problems with his health. depression and underwent three repairs after Bowers' operationcontroversial because the surgeon had used tissue from the intestines as Jennings' penis did not provide enough material due to the effect of the puberty blockers (see here).

Insights
Girls, Gender identity
I thought my son -4 years old- was trans: I was wrong
Lesbian mother and 'true believer' of the queer cult accompanies and authorises her child to identify as female. Until she realises she was wrong because of ideology. Weeping over her mistake today, she has embarked on a path of 'healing' together with him who has returned to calling himself male. An enlightening testimony
I was a true believer.I was a social justice activist before the social justice movement took over the world. I was at the forefront of introducing the concept of intersectionality in progressive organisations and convincing people to share their pronouns. My friends and I felt like the "cool" ones, the vanguard of a revolutionary work that would change the world, that would achieve what people within the social justice movement call "liberation [...]
Read now
1 2 3 ... 41 Next »