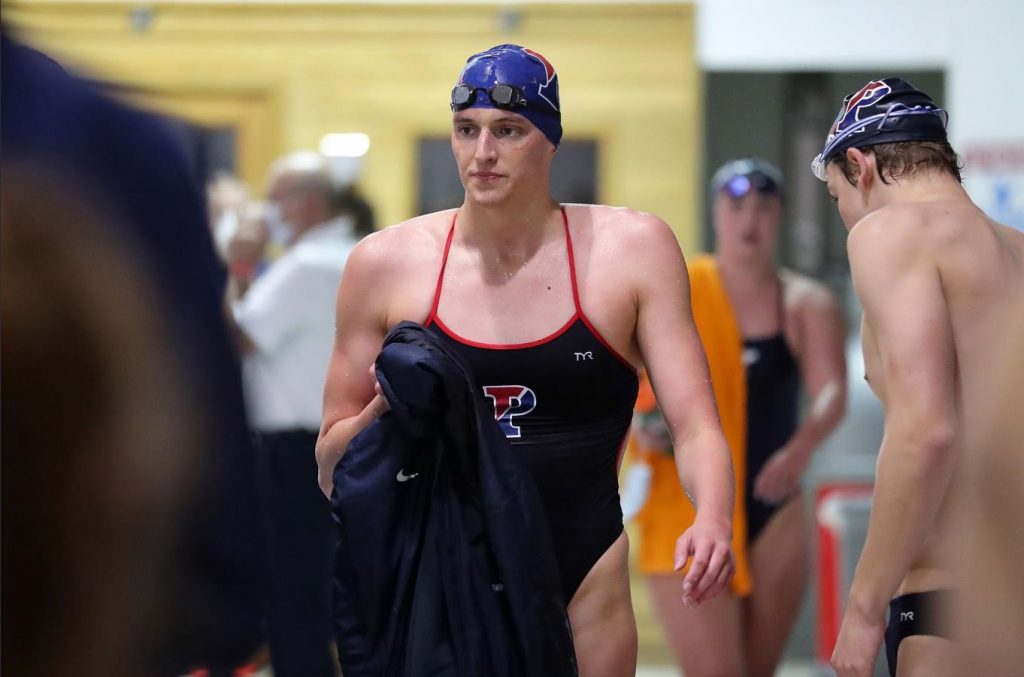 Will Thomas has found a way to break all records: calling himself Lia and beating his opponents, moving from 462nd place in the men's freestyle to first place in the women's freestyle. A grotesque injustice at the centre of a furious debate, effectively ridden by the Republicans.
identity by genreLia Thomaslinda bladesavewomenssportstransgender
Please be aware that the translation of contents, although automatic, has a cost to Feminist Post but is provided to you without any charge. Please consider making a contribution via the "Support us" page if you intend to use our translation service intensively.
The contents of this site are translated using automatic translation systems without the intervention of professional translators.
Translations are provided for the sole purpose of facilitating reading by international visitors.
Share this article

Last summer, articles raged in the media celebrating 'transgender athletes': men who, by saying they 'identify as women', were granted by the IOC to compete in the women's category at the Olympics.

There was the story of Petrillo, a man in body as well as registry, who hoped to participate in the Paralympic Games as 'Valentina' and create a case of Self ID in Italy (here). And then we told you about 'Laurel' Hubbard's gender performance feat at the Tokyo Olympics (here).

After the Olympics, the IOC has revised rules on transgender sport, but in the opposite direction to women's demands, by further simplifying the requirements for male athletes who want to switch to the female category.

And the cases of men invading women's sports are multiplying not only in rich countries with rights, but also in countries where the opportunity for women to participate in sports is by no means taken for granted (here a case at a university in India back in 2018).

But the indignation does not stop, especially in America. There is talk of the Thomas case, which we report on in this article. In the meantime, the Republicans -with the consent of the majority- are presenting bills to safeguard women in sport, the latest in order of time in South Dakota.

Lowering the testosterone level does not make men the same as women. Obvious to everyone, but not to the US university sports organisation NCAA, which allows boys who have been reducing their testosterone levels for a year and declare themselves women to compete with girls. Scientific studies tell us that in swimming the advantage is about the 11% and a reduced level of testosterone has only a marginal effect.

Will Thomas after competed for three years with the Penn University men's swimming team without standing out.Since November 2021, under the name Lia, he has been winning all women's freestyle swimming events over the distances of 200, 500 and 1650 yards (approx. 180, 450 and 1500 metres) and breaking category records. In the 200-yard event, he went from 462nd place nationally in the men's category to first place nationally in the women's category. The positive notes came from the public in the pool who spontaneously applauded the real winners, on one occasion the gap at the finish line was of 38 seconds (!) by Lia Thomasand the resignation of the US Swimming Federation official Cynthia Millen ('in sport, bodies are competing against bodies, not identities against identities'), while the narrative of transgender sport's victory and 'inclusion' prevailed in the media.

These statements are important for two reasons: to make the debate public and to give voice to the girls who are not in a position to speakThey were opposed by organisers, coaches and the university, which referred them to mental health services. Something of the internal protest is filtering through some of the Athletes who spoke under anonymity and one letter from the parents of 10 female swimmers asking not to trample on the rights of their daughters.

One of the analysis The most comprehensive has been published by Canadian coach Linda Blade, who proposes to include transgender athletes by creating two categories: an open one (men and trans, i.e. men who identify as women and women who identify as men) and a female-only category (XX).

To follow developments you can read tweets with the hashtags #PennCheats #SaveWomensSports and #NoThankYou with the hope that common sense will prevail and something will change before the Ivy League finals on 16-19 February in Cambridge, Massachusetts.

But already there is a new case, Timothy LeDuc the first 'non-binary' in figure skating and, if the trend continues, we should expect dozens of articles each time with the historic first participation of one of the 100 'genders' in one of the n disciplines.

International news
GPA
US, gay couple sues: surrogacy is a 'right', must be paid for by health insurance
The two men's claim aims to have the fact that they do not have a womb recognised as a 'disability': an absurd, envious and revealing claim. If they win in court all over America insurance companies and employers would have to reimburse gestations for other for men
A gay couple filed a lawsuit in New York labour court demanding that their employer-provided insurance company pay all the costs of the surrogate uterus for them, in order to ensure 'equal access to fertility treatment'. For all intents and purposes, they are demanding that a gay male couple become a protected category under the law because they are both without a womb and without access to one. If they win the case, in all [...]
Read now
1 2 3 ... 43 Next »