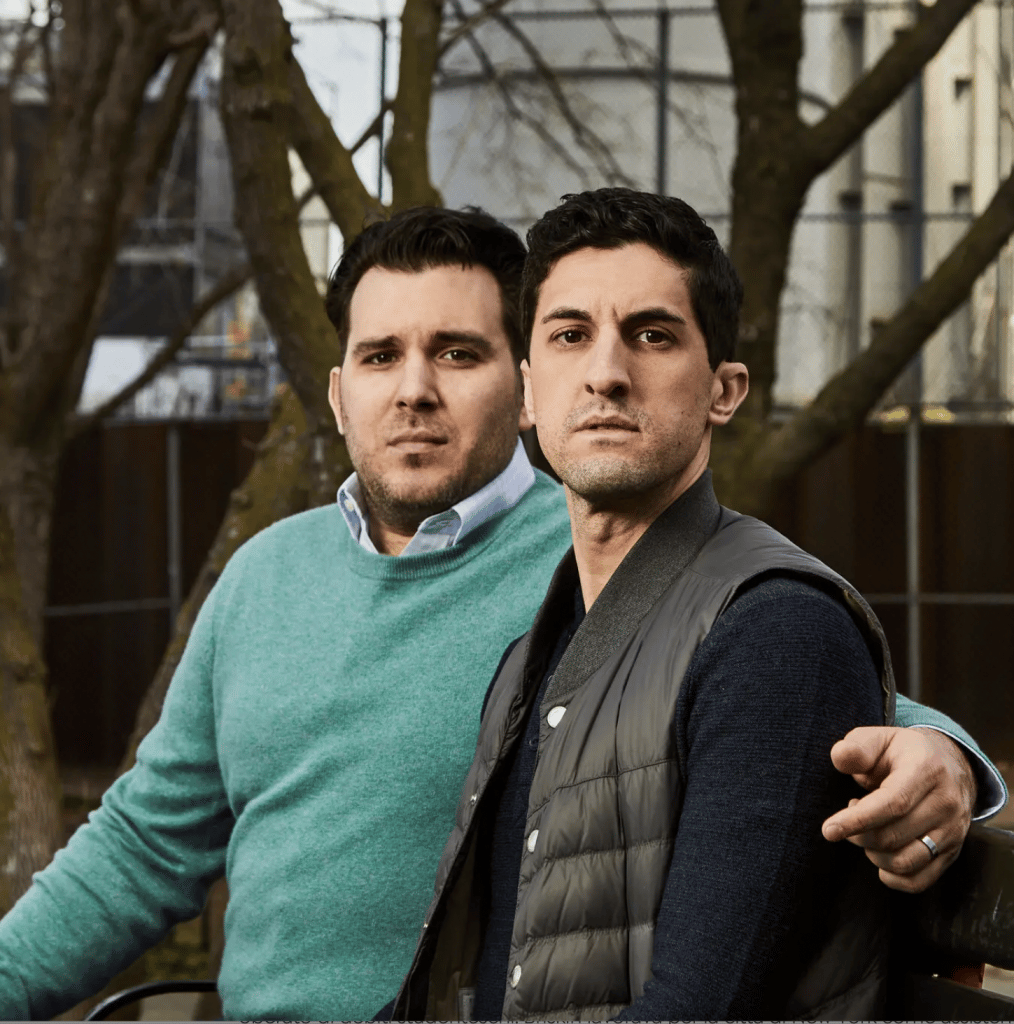 US, gay couple sues: surrogacy is a 'right', must be paid for by health insurance

The two men's claim aims to have the fact that they do not have a womb recognised as a 'disability': an absurd, envious and revealing claim. If they win in court all over America insurance companies and employers would have to reimburse gestations for other for men
gestation for otheruterus at rent
Please be aware that the translation of contents, although automatic, has a cost to Feminist Post but is provided to you without any charge. Please consider making a contribution via the "Support us" page if you intend to use our translation service intensively.
The contents of this site are translated using automatic translation systems without the intervention of professional translators.
Translations are provided for the sole purpose of facilitating reading by international visitors.
Share this article

A gay couple initiated a lawsuit in New York labour court demanding that the employer-provided insurance pay for all the costs of the surrogacy instead of them, in order to ensure 'equal access to fertility treatment'. For all intents and purposes, a gay male couple is required by law to become a protected category as they both lacked a uterus and had no access to a uterus.

If they win their case, surrogacy only for gay male couples would become the responsibility of health insurance companies or employers throughout the US.

The Guardian, in a lengthy article on the affair, describes the couple as follows: 'Corey Briskin and Nicholas Maggipinto met in law school in 2011, got engaged in 2014 and announced their marriage in 2016 on the New York Times. They moved into a waterfront apartment building in Williamsburg, Brooklyn, with a bright family game room on the ground floor'.

The couple tells of having learned the costs of a biological child through surrogacy during an appointment with a fertility doctor provided by the organisation Gay Parents to Be (Future gay parents), advertised on Instagram. "Maggipinto takes 15 minutes to explain to me all the expenses they would have to incur if they tried to have a child genetically related to one of their own. The end result? "At least two hundred thousand dollars" says, tapping his index finger on the table with every word in disbelief,' writes the journalist of the Guardian.

"They could not afford it. Maggipinto receives a lawyer's salary at a large firm, but is burdened with student debt. Briskin worked for the city of New York as an assistant district attorney, earning about $60,000 per year. His job benefits included generous health insurance. But when they read the policy have discovered that they are the only category of people excluded from IVF (in vitro fertilisation). Infertility was defined as the inability to have a child through heterosexual sex or intrauterine insemination. This meant that heterosexuals and lesbians working for the city of New York would be able to cover the costs of IVF, but gay couples would never be able to benefit from it'.

"Briskin and Maggipinto then presented a class action complaint to the US Equal Employment Opportunity Commission (EEOC) against the city of New York, suing Briskin's former employers for unlawful discrimination in the workplace. If they win, employers and health insurers across the US will be forced to change their policies to give homosexual males the same access to fertility benefits as everyone else.".

In essence, the couple claims that the city's insurance policy discriminates against them because, if they were two women or if they were in a heterosexual relationship, 'they would have access to the IVF benefits to which city employees are entitled'.

The American feminist Phyllis Chesler summarises the story as follows: 'They protest against the 'injustice' of not being born biologically female. Although they are both educated and affluent white men, they denounce the 'discrimination' due to the accident of their birth, which, despite their educational, economic, social, legal and sporting privilege, seek to have the 'disabled' or protected class declared. They also claim the 'right to fertility' of gay males'.

"I guess, to some extent, womb envy may play a role in the demand for a so-called 'reproductive justice' for gay men,' Chesler continues. In fact, 'while women without male partners (singles and lesbians) can access relatively low-tech assistance to reproduce, men without female partners need to resort to surrogacy to achieve exclusive genetic parenting.

And so, gay men now want insurance companies to treat the fact of being born male as a disability or as a protected category, claiming compensation. They are concerned that the money and legal power of gay men may override the rights of children, egg donor women and birth mothers, who do not have equivalent economic or political power."

International news
Gender identity
SPAIN: SOCIALISTS AGAINST THE TRANS LEY
Unlike their Italian counterparts from the PD and the left who stand for free gender identity, the Spanish progressives break with the PSOE's transactivist policies in defence of women and children. In their manifesto the excellent arguments against what, if passed, could be the worst transactivist law in the world
Breaking with its party, the PSOE, and sending a signal to the women of the European left, who are generally aligned in defence of transactivist diktatism, the Federación de Mujeres Progresistas launches a courageous manifesto against the Trans Law wanted by the governing majority in Spain (PSOE and Podemos) and being approved by an emergency procedure, without an effective parliamentary debate or a wide public discussion. The initiative also comes in response to the clamorous break between historical Spanish feminism -united in the Contraborrado cartel- [...].
Read now
1 2 3 ... 28 Next »