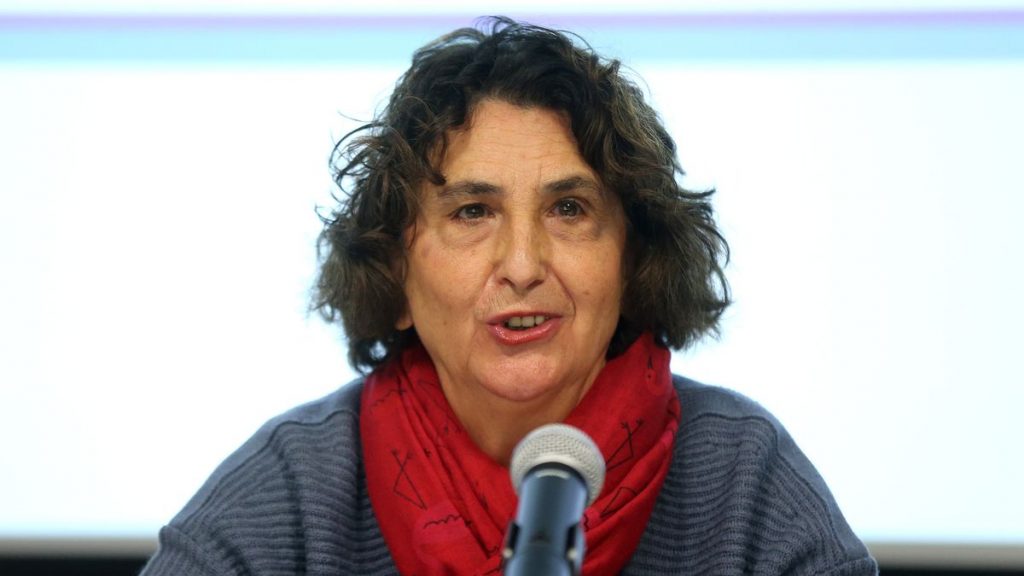 Another Stock case, this time in the Catalan university. Feminist writer and lecturer Juana Gallego was targeted because of her gender criticism. Cases are multiplying in all western academies, but the authorities are watching. The initiative in support of the teacher launched by Spanish feminism
barcelonaboycottjuana gallegoqueeruniversity
Please be aware that the translation of contents, although automatic, has a cost to Feminist Post but is provided to you without any charge. Please consider making a contribution via the "Support us" page if you intend to use our translation service intensively.
The contents of this site are translated using automatic translation systems without the intervention of professional translators.
Translations are provided for the sole purpose of facilitating reading by international visitors.
Share this article

To follow the text boycotting my person sent by the students of the master's course where I taught more or less the same subjects as Gallego -Philosophy and Ethics of Communication at the IUAV University of Venice. As can be seen, these are real photocopy texts, with the same charges formulated in the same language.

Following this letter IUAV invited me to resign, a request which I firmly rejected.

Dear Professor X,
and dear Professors Y and Z (who read us in copy),
I am forwarding this email on behalf of all of us students in the Master's programme in Communication Management and Cultural Policy.

We are puzzled by the appointment of Marina Terragni as the holder of the 'Philosophy and Ethics of Contemporary Information' course for the second module. In light of the reactionary and exclusionary positions expressed in many of his blog articles and public posts on its social pages, we say to each other opposed to this choice. We claim this opposition because we consider its positions not only far removed from ours, but more seriously offensive and irreconcilable with the project of IUAV and this master's degree. We need only mention the university's openness to careers with an 'alias identity', as opposed to theTerragni's opposition to 'self-id' and self-determination of trans people, but also unfounded criticism of queer theories, which we are happy to have included in the content of the master course. This choice threatens the integrity of a pathway explicitly linked to feminist, intersectional and queer discourses, e potentially challenges its classrooms as a safe space. We are prompted to say this first and foremost by Terragni's use of communication platforms, so central to this teaching.
We ask for explanations for this choice, with esteem and confidence in your judgement, but we support our position with equal conviction. We welcome your invitation to transformative thinking and practice, but this is not the direction in which we want the master to proceed.

International news
GPA
US, gay couple sues: surrogacy is a 'right', must be paid for by health insurance
The two men's claim aims to have the fact that they do not have a womb recognised as a 'disability': an absurd, envious and revealing claim. If they win in court all over America insurance companies and employers would have to reimburse gestations for other for men
A gay couple filed a lawsuit in New York labour court demanding that their employer-provided insurance company pay all the costs of the surrogate uterus for them, in order to ensure 'equal access to fertility treatment'. For all intents and purposes, they are demanding that a gay male couple become a protected category under the law because they are both without a womb and without access to one. If they win the case, in all [...]
Read now
1 2 3 ... 44 Next »