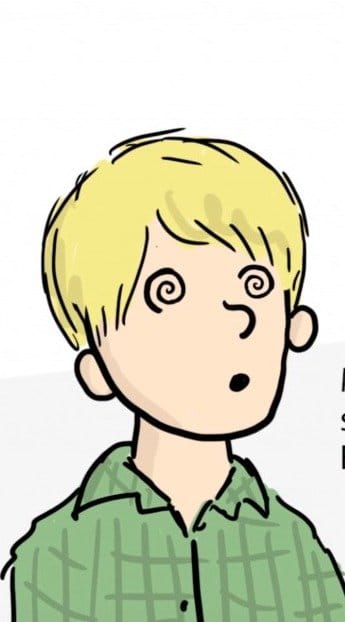 The British government will force users of pornographic sites to prove their age by means of a credit card or other proof of age in order to gain access. The aim is to prevent children and adolescents from viewing increasingly violent and sexually deviant content. Billie Eilish's courageous denunciation sets the standard
billie eilishminorspornographyUKunicef
Please be aware that the translation of contents, although automatic, has a cost to Feminist Post but is provided to you without any charge. Please consider making a contribution via the "Support us" page if you intend to use our translation service intensively.
The contents of this site are translated using automatic translation systems without the intervention of professional translators.
Translations are provided for the sole purpose of facilitating reading by international visitors.
Share this article

Sites may be blocked in the United Kingdom or fined millions of pounds if they do not comply with the new rules.

Digital Minister Chris Philip said: "It is too easy for children to access online pornography. Parents deserve the peace of mind of knowing that their children are protected from seeing things that no child should have to see".

According to a survey by the City University of London, In the UK, four out of five girls aged 16-17 have seen pornographic material online.

However, Andy Burrows, head of online child safety policy at the NGO NSPCC (National Society for the Prevention of Cruelty to Children), believes that the measures taken are not yet sufficient.

(you can read the news here)

The consumption of pornography at a very young age is a violent experience because it deprives children of the free 'perverse-polymorphic' experience of sex. through which each and every one forms his or her own identity and orientation, replacing fantasies and experimentation with pre-packaged and increasingly sadomasochistic imagery to the detriment of women, their bodies and their freedom.

A few months ago, the American musician Billie Eilish reported her trauma from consuming pornography during her teenage years.

Surprisingly, a recentUnicef paper played down the effects of pornography on children, claiming that "There is no universal agreement on the nature and extent of harm caused to children by viewing content classified as pornographic'.

International news
Girls, Radical Feminism, Gender Identity
UK. Black week for the glittering trans-patriarchy: closed the Tavistock, gender clinic for children. And Allison Bailey wins in court: she was discriminated against for her gender critical views
The ideology of gender identity under attack in UK: NHS orders closure of paediatric transition clinic and points the way to psychological therapies. And Allison Bailey wins employment tribunal case backed by JK Rowling: employer ordered to compensate her for putting her 'under investigation' because of her gender critical views. At the suggestion of Stonewall, who comes out of it with her reputation in tatters
CLOSES TAVISTOCK, CHILDREN'S TRANSITION CLINIC: 'AFFIRMATIVE' APPROACH (DRUGS AND SURGERY) IS DANGEROUS FOR YOUNG PATIENTS The news is sensational: the British National Health Service (NHS) has ordered the closure of the Tavistock & Portman gender clinic for failing to ensure the safety of young patients, most of whom are girls (full article here). The clinic has been accused by several parties of hastily initiating many minors, most of them suffering from spectrum disorders [...].
Read now
1 2 3 ... 24 Next »