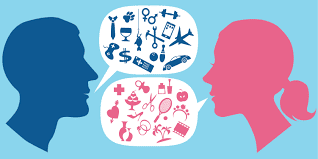 UK: stop to psychological 'treatments' for homosexuals. Which, however, remain valid for gender dysphoria

A new law is preparing to ban 'reparative' therapies for gays and lesbians. On the other hand, there is no stop to treatment for those suffering from gender identity: here the psychological approach remains the first choice. To assimilate the two conditions is a serious mistake, which responds to ideology and not to the real needs of the people involved
identity by genrehomosexualitytherapies reparative
Please be aware that the translation of contents, although automatic, has a cost to Feminist Post but is provided to you without any charge. Please consider making a contribution via the "Support us" page if you intend to use our translation service intensively.
The contents of this site are translated using automatic translation systems without the intervention of professional translators.
Translations are provided for the sole purpose of facilitating reading by international visitors.
Share this article

Great Britain, like recently Canada, France and New Zealand, is also about to pass a law banning reparative or conversion therapy, i.e. those psychological and/or psychiatric treatments aimed at attempting to change the sexual orientation of a gay or lesbian person.

But the law will NOT cover so-called gender identity.

In a nutshell, the ban will only apply to attempts to bring homosexual orientation back to heterosexual 'normality' -a true form of torture- while the psychological approach will not be prohibited for persons - especially minors - with gender dysphoriaor otherwise perceive themselves as suffering 'non-conformity' to their birth sex.

The ban on psychological therapies for these people, we repeat, especially if they are minors, would indeed pave the way for hormone treatments -puberty blockers and cross-sex hormones- as the only viable alternative, when today the efficacy and non-novelty of these treatments is questioned not only in the UK but throughout the Great North, Australia, and several American states.

Above all, when the detransitioner or desisters, girls started early on the hormone path and later repented -starting with Keira Bell-. continue to loudly testify to the importance of an initial psychological approach, approach that they were denied with very serious consequences on their lives and health.

Calls for a law banning conversion therapies are also multiplying in Italy: among others the Milan City Council in Pride month is going to consider a motion in this sense proposed by the PD.

But it would be a grave mistake not to distinguish, as Great Britain conveniently does, between homosexual persons and persons with gender dysphoria.

More than a serious mistake, probably, the strong push by transactivists to push through - even by this route - free gender identity or self-id.

In fact, there is no relationship between homosexual orientation and gender dysphoria, which, however 'depathologised' by the WHO, is still a 'sexual health disorder' that therefore requires some form of treatment, whereas being gay and lesbian does not constitute a 'disorder to be treated' at all, but is a natural variant of human sexuality.

To assimilate the two conditions, and in particular to combine them in a rule of law, is a serious error of perspective, which responds to ideology and not to the real needs of all those involved.

Indeed, it could be argued that early treatment with minor hormones gender nonconforming, bypassing the psychological approach - so as to cosmetically adapt their bodies to their perceived identity - is in itself a form of reparative 'therapy' on the Iranian model: in that country, homosexuals are harshly prosecuted, while those who 'change sex' are accepted and integrated into society.

Italian news
Radical Feminism, Gender Identity
Where is the Casa delle Donne in Rome going?
'The House we are all' reads the beautiful slogan of the historic enclave in Trastevere. But in that space, which is public and should be open, the#039;agibility is only transfeminist. And after the uncritical support for the Zan ddl -to stop feminicides-, the yes to the 'uterus for rent' and to 'sex work', now also the hymn to male ultra-bodies in women sports: maybe it is time for a reflection
The International House of Women in Rome agrees with the University of Pennsylvania's proposal to name Lia Thomas 'Woman Athlete of the Year'. Lia Thomas, of whom we have spoken several times here, is the famous swimmer who has repeatedly beaten her opponents competing in the women's categories, but who has at least had the merit of finally exploding the issue of male ultra-athletes in women's sports. The post shared by the International House of Women, a confusing little treatise on intersectional feminism, [...].
Read now
1 2 3 ... 40 Next »