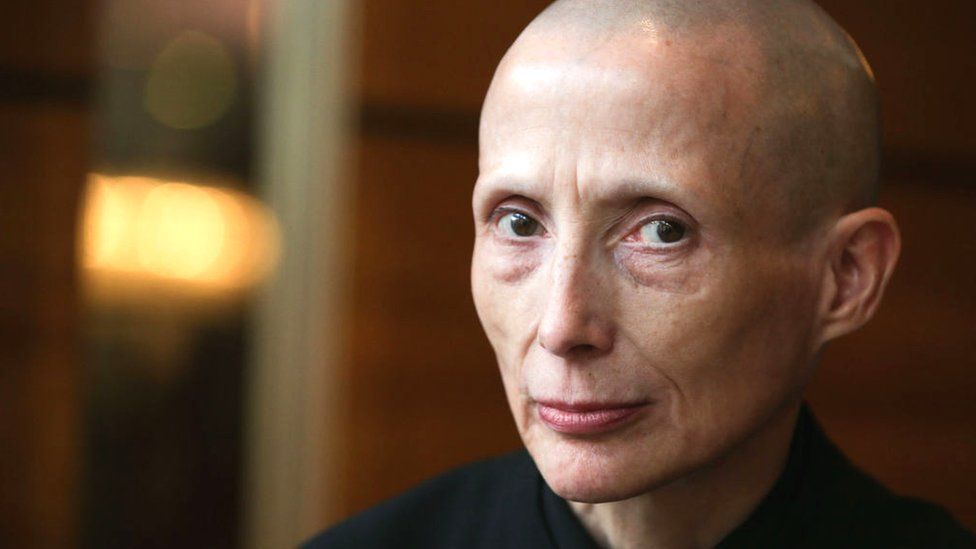 UK: no to gender-neutral passports

Christie Elan-Cane, who defines herself as non-binary, lost her appeal to the Supreme Court asking to be transcribed in documents as gender X. While recognising the right to define oneself as gender-neutral in private life and relationships, the court ruled that the interest in defining sex in public documents was paramount.
Christie Elan-DogCourt Supremegenre neutralgenre Xidentity by genrenot binaryself id
Please be aware that the translation of contents, although automatic, has a cost to Feminist Post but is provided to you without any charge. Please consider making a contribution via the "Support us" page if you intend to use our translation service intensively.
The contents of this site are translated using automatic translation systems without the intervention of professional translators.
Translations are provided for the sole purpose of facilitating reading by international visitors.
Share this article

The English Supreme Court ruling denying gender-neutral transcription in passports is particularly interesting because overrides the public interest overriding the interest of the person requesting to be transcribed as non-binary. In fact, it says that if in one's personal relationships one can ask to be treated and named as one sees fit - with the agreement of the interlocutors - then one should be treated as one's partner. in public life gender certainty is relevant and therefore preeminent.

An activist has lost his case in the Supreme Court challenging the government's refusal to issue gender-neutral passports.

Christie Elan-Cane (pictured) said the refusal violated human rights laws by not allowing the "X" option. But the court stated that the gender of the applicants is "a biographical detail that can be used to confirm their identity".

Christie Elan-Cane said the case would now go to the European Court of Human Rights.

The activist, who has been calling for the legal recognition of neutral identity for decades, said on Twitter that "the UK government and judiciary are on the wrong side of history'. and "this is not the end".

Gender-neutral passports are already issued by Argentina, Australia, the United States, Canada, Denmark, India, Malta, Nepal and the Netherlands. -in fact, in the Netherlands you cannot indicate gender X, but you can request to omit the sex from the documents, ed.- New Zealand and Pakistan, while Germany has introduced the intersex category -rare genetic condition that has nothing to do with transgender, ed.

The Supreme Court unanimously dismissed Christie Elan-Cane's appealThis came after the Ministry of the Interior had won an earlier ruling by the Court of Appeal.

Lord Reed, Chief Justice of the Supreme Court, stated in the judgment that gender could be verified against birth, adoption or gender recognition certificates as part of confirming the identity of the applicant.

"It is the gender recognised for legal purposes and recorded in those documents that is relevant", he said.

He also stated that Christie Elan-Cane's interest in having an "X" passport is outweighed by other considerations, including "maintaining a consistent approach across the administration".

"There is no legislation in the UK that recognises a genderless category of individuals," he explained.

He also said that the legislation assumes that all people can be classified into two sexes or genders - "terms that have been used interchangeably".

At a hearing in July, Kate Gallafent QC, representing Christie Elan-Cane, told the court that genderless and non-binary persons are forced to make a false declaration in order to obtain a passport, which 'compromises the standards of honesty and integrity expected of such official procedures'.

But Lord Reed stated that While neutral identity may be central to Christie Elan-Cane's private life, the designation of an identity in a passport is not 'a particularly important aspect of the applicant's existence or identity'.

Sir James Eadie QC, representing Her Majesty's Passport Office -which is part of the Home Office- said it was "obviously problematic and highly undesirable" that only part of the government would recognise non-binary or gender identities.

He explained that this could result in a person being treated one sex or gender by the passport office and a different one by other parts of the administration.

You can give us your contribution by CLICKING HERE

or by sending to

International news
GPA
US, gay couple sues: surrogacy is a 'right', must be paid for by health insurance
The two men's claim aims to have the fact that they do not have a womb recognised as a 'disability': an absurd, envious and revealing claim. If they win in court all over America insurance companies and employers would have to reimburse gestations for other for men
A gay couple filed a lawsuit in New York labour court demanding that their employer-provided insurance company pay all the costs of the surrogate uterus for them, in order to ensure 'equal access to fertility treatment'. For all intents and purposes, they are demanding that a gay male couple become a protected category under the law because they are both without a womb and without access to one. If they win the case, in all [...]
Read now
1 2 3 ... 42 Next »