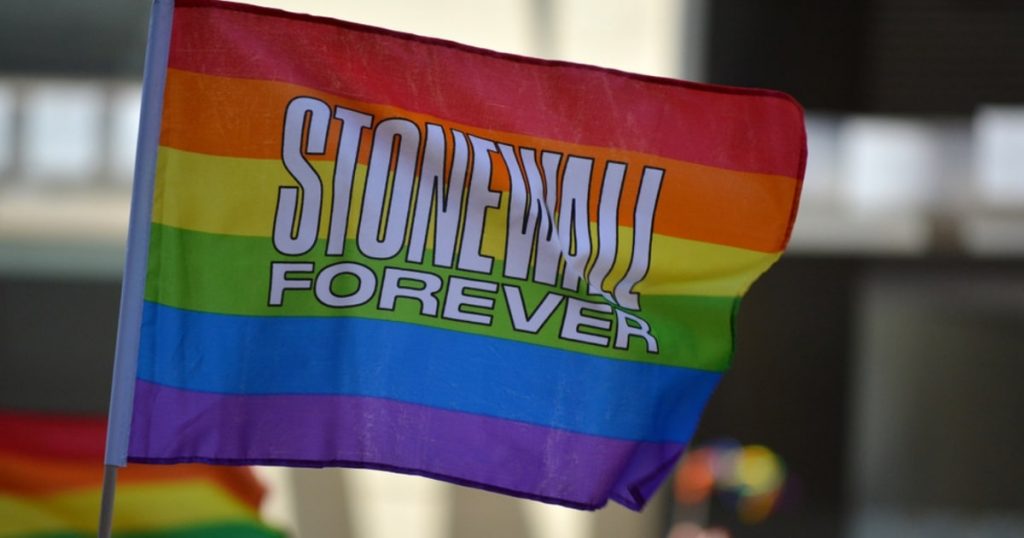 Human rights apply to everyone, not just LGBT people, starting with freedom of speech: the Equality Commission breaks with Stonewall and says no more censorship and single-mindedness. Another blow to transcult in Britain
EHRCEssex universityKishwer FalknerMatthew Parrismaya forstaterno platformingStonewallUK
Please be aware that the translation of contents, although automatic, has a cost to Feminist Post but is provided to you without any charge. Please consider making a contribution via the "Support us" page if you intend to use our translation service intensively.
The contents of this site are translated using automatic translation systems without the intervention of professional translators.
Translations are provided for the sole purpose of facilitating reading by international visitors.
Share this article

In a  letter  to the group 'Sex Matters Kishwer Falkner, chairman of the Equality and Human Rights Commission (EHRC), the UK's equal opportunities watchdog, announced that it had ended its relationship with Stonewall, the largest LGBT organisation.

"As a publicly funded organisation, we have to make sure that we make the best choices regarding our budget and we have recently reviewed all our conventions." said Falkner.

For many years Stonewall strongly influenced British public policy on equality and human rights, imposed his point of view on issues such as the use of spaces, bathrooms and changing rooms, the language to be used when talking about men and women, compulsory trans-inclusivitywith a lot of imposition of rainbow ribbons on public administration staff

"The programme Stonewall Diversity encourages its members to control the thoughts and words of employees to an unacceptable degree"said the Sex Matters co-founder Maya Forstater.

The news of the EHRC's exit from the Stonewall programme comes the same week that theUniversity of Essex published the Reindorf Review survey on non-platforming for two feminist academics. According to lawyer Akua Reindorf, the university has adopted policies that reflect "the law as Stonewall would prefer it to be, rather than the law as it is", creating a "culture of fear'.

Defending the right of gender-critical people to express their views, the president of the EHRC added that Courts must protect freedom of religion or opinion even in the case of 'highly contested beliefs'. Otherwise there would be a risk of "leaving people unprotected from discrimination and harassment, with a restriction of freedom of speech in the debates on transgender rights, the reform of the Gender Recognition Act and the definitions of 'woman' and 'man'".

Meanwhile in a article on The Times, entitled Stonewall should keep out of the war for trans rights Matthew Parris, one of the 14 founders of the organisation, argued that the reality he helped to establish was lost since gay rights were obtained, getting bogged down in an issue that does not concern her. Parris argues that in the last 30 years life for gays and lesbians has really changed, that society is no longer homophobic and there are no longer reasons to feel victimised. However, it may be that there is still a need to support the rights of homosexual people, and until last year Parris says he did so in Stonewall.

But today, he says, "Stonewall has lost its way. The sun we all thought we saw was lost behind clouds of anger, intolerance and partisanship. The organisation is embroiled in the trans issue, cornered in an extremist stance on a debate into which a charity formed to help gay men, lesbian women and bisexuals should never have inserted itself.... Now the charity that I helped to found has involved me in the attempt to deny free speech in a university?".

"There is something perverse"Parris continuesin linking gays to trans people. Gay men don't want to be women. We like being men. I doubt that being a lesbian means not wanting to be a woman. Our problems have nothing to do with identifying or changing our bodies: we know what we are and no one disputes that. Most gay men would strongly resist the suggestion that we are boys who want to be girls. I can't think of anything I'd like less. The only thing that connects gays and lesbians with trans people is empathy with anyone who is excluded, oppressed, marginalised or rejected.

"Stonewall should have resisted"Parris continues. "Now he seems to have immersed himself in the judicial question of whether or not would-be transgender children can consent to chemical or surgical intervention. But this is not something that gays, lesbians or bisexuals can speak about with more authority than any other citizen. I repeat: has nothing to do with us....

Perhaps the truth is that, after the success of our great equality campaign, Stonewall was left with an admirable staff, CEO and fundraising team and, subconsciously, desidered another great cause worth mentioning. Well, sometimes a big army that has only small battles to fight would do better to scale down. I know that many gay men are embarrassed by Stonewall and I see the paradox that some of its activities are actually damaging the position of the gay community. We do not want to be associated with sorties in trans wars. We want to feel proud, not wounded, not victims. Trans people need a support group. But this is their thing. Gays shouldn't colonize their issues. O gods, how did we get here?".

International news
Radical Feminism, Gender Identity
Maya Forstater, fired for saying sex cannot be changed, wins in court: it was discrimination
Decisive for gender critical feminism around the world was the victory of Maya, a researcher who lost her job over a tweet in which she wrote that biological sex is immutable and that women have rights based on sex. Britain reaffirms the right to criticise gender identity: threats and accusations of transphobia are illegitimate. "A'further proof" says Forstater "that the wind is changing". The final ruling of the labour court also ordered the company that did not renew the contract of the researcher, co-founder of Sex Matters, to pay compensation. A triumph across the board
A year ago, June 2021, Feminist Post published an article on the case of Maya Forstater, the British researcher whose employment contract was not renewed by her employer for expressing critical views on the concept of gender identity and reaffirming the importance of women's gender-based rights. The article ended by reminding readers that Maya's case was not yet over and, although the appeal ruling of the [...]
Read now
1 2 3 ... 35 Next »