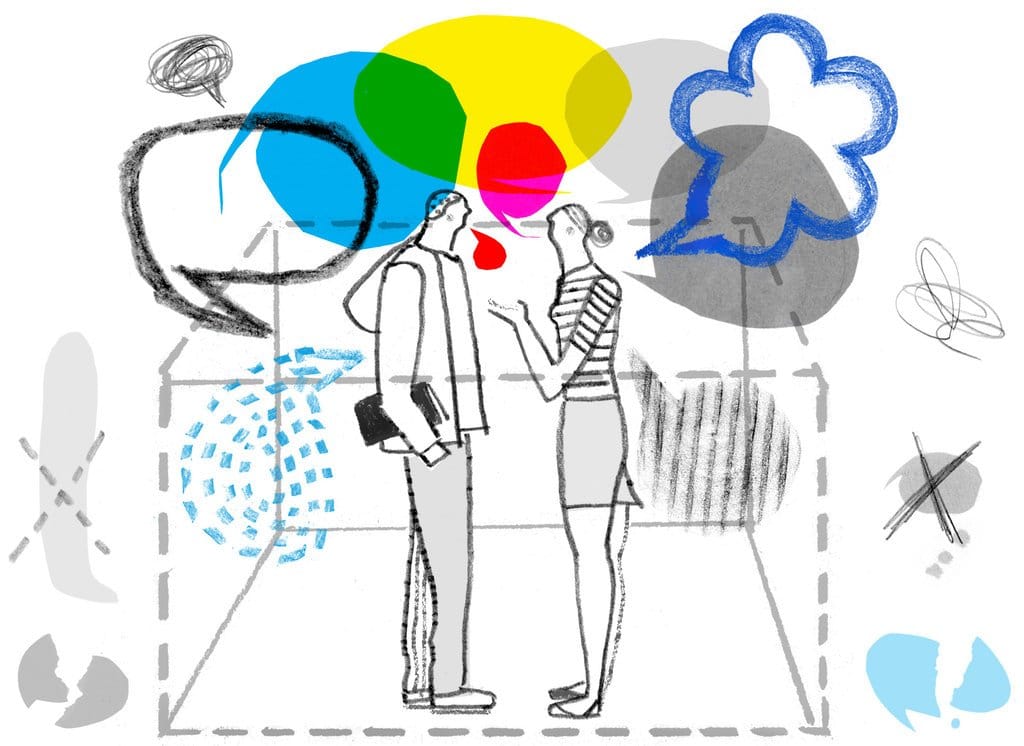 Professors in revolt against the transcult

cancel culturesteachersgender criticalfree thinkingno-platformsafe spaceuniversity
Please be aware that the translation of contents, although automatic, has a cost to Feminist Post but is provided to you without any charge. Please consider making a contribution via the "Support us" page if you intend to use our translation service intensively.
The contents of this site are translated using automatic translation systems without the intervention of professional translators.
Translations are provided for the sole purpose of facilitating reading by international visitors.
Share this article

For years, free thought has been under attack in academies throughout the western world.including Italy, with particular regard to the discussion on the topics related to sex and gender. The spread of cancel cultureof the tribalistic-identitarian postureof the safe space and the obsession with 'political correctness' are strangling freedom of expression and research almost everywhere, and are conspicuously helping to build a society terrorised and dumbed down by censorship and self-censorship. Let the teachers be silenced, threatened with loss of officeIt is a real handicap for everyone. Here we have already talked about the many teachers gender critical under attack, to the point of having to move escorted into university premises. Hundreds of people have already signed up for the Network for Freedom of Scientific Research founded a few weeks ago in Germany on the initiative of German researchers. The aim is to denounce the climate of intimidation which has been increasingly oppressing the academic world in recent years and to promote freedom of scientific research. Micromega here.

An example from these very hours:

The University of Edinburgh has produced an internal guide for staff with a list of prohibited phrases, as "all women hate their periods'. e "Everyone thinks they are the opposite sex from time to time.". In addition, professors should not place "undue emphasis on anatomical sex markers". These would be "microaggressions'. that 'deny or nullify the thoughts, feelings or lived reality of trans and non-binary people' and undermine their transition to different genders.

Several Russell Group universities are training lecturers on the "cisgender privilege"according to which people whose birth sex aligns with their gender identity enjoy the right to a fair trial. structural advantages in British society.

Newcastle University also explains to staff: "Being cisgender entails social privileges.. Imperial College and LSE remind lecturers to use their 'cis' and 'heterosexual' privileges to be trans-allied. Academics counter that an obsession with gender identity on campus risks 'moral blackmail' of students and less 'woke' inequalities. A 'monoculture' which is often "only interested in specific aspects of equality-diversity, while routinely downplaying or ignoring other aspects, such as the underrepresentation of white working-class children. This leads academics to hide or censor 'their point of view for fear of being ostracised'".

If staff witness misconduct, they should "disarming the microaggression, intervening and stopping or diverting" by affirming the university's standards of conduct and "educating the offender" teaching them to "recognise their own prejudices", recommends the Edinburgh guide.

Lecturers are also invited to wear rainbow lanyards on campus "as a visible sign that trans and/or non-binary people are safe".and insert their pronouns in e-mail signatures.

The trans guide of universities such as Edinburgh, Warwick and Exeter refers to a "a 'cisnormative society', in which trans people are offended by the assumption that gender binarism is the norm (!)

Feminists have expressed concern that the trans leadership of many universities, influenced by pressure groups, promotes the disappearance of reserved spaces for women in favour of gender-neutral structuresand cause thegagging of teachers who see it differently.

Against the cancel culture the government is planning a new law under which academics could sue if they are silenced.

La platform which we present here was created to break the isolation between gender critical teachers and to offer support, sharing and coordination. You can read many stories and, if you wish, share your own. It is increasingly urgent that the no-platformed in all categories -in particular teachers, journalists and publishing professionals, but the problem extends to many other sectors, starting with medicine. coordinate for a common strategy in defence of free speech and rights of women and girls.

Here is the appeal:

We are a group of university professors. We are concerned about the continued erosion of women's rights based on gender. in law, policy and practice, and how those - mainly women - who speak out about it are treated. We are concerned that a A culture of 'non-debate' on this issue damages academic freedom and prevents an open and critical approach to sex and gender theories. The inability to talk about rights and discrimination based on gender harms women and girls.

We would like to hear the stories of gender-critical university staff (academic and professional services) and of students. What is involved in taking a critical stance on gender in higher education? What are your experiences when you speak or keep silent? We would like to know what happened to you, what you saw and how it made you feel.

We want universities, policy makers and the general public to understand theThe effect that the current culture of 'non-debate' is having on those of us who work and study in higher education. We know the isolation that people face and we want this to be one of the most important factors in the process. space to collect stories about our experiences and concerns, and to realise that we are not alone. Help us break the silence.

All the stories already collected by the platform and the link to tell your own story: here