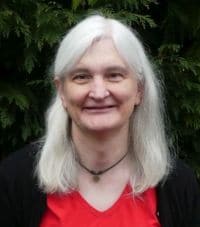 Self-id is a disaster for transgender people: Debbie Hayton speaks out

One of the UK's most famous transwomen, the journalist attacks the draft law promoted by the Scottish government. She insists that this innovation would be ill-advised for T people, not just women. And she sides with JK Rowling.
debbie haytonidentity by genrepuberty blockerscotlandself idtranssexualismtransgender
Please be aware that the translation of contents, although automatic, has a cost to Feminist Post but is provided to you without any charge. Please consider making a contribution via the "Support us" page if you intend to use our translation service intensively.
The contents of this site are translated using automatic translation systems without the intervention of professional translators.
Translations are provided for the sole purpose of facilitating reading by international visitors.
Share this article

For transgender people like me, the Scottish Government's bill to reform the Gender Recognition Act is a disaster. If passed without any changes, the bill would introduce the "self-id' (self-identification), sweeping away controls and checks that make the process of changing one's sex reliable in the eyes of the public.

This is not an insignificant administrative detail: allowing any man to actually call himself a woman just because he wants to, is a affront to the safety and dignity of women. Women would have no choice but to introduce measures of their own if they wanted to protect their spaces, groups and associations.

In the meantime the lives of transgender people would become much more difficult.

Despite this, both Nicola Sturgeon and Shona Robison - the minister in charge of presenting the bill at Holyrood - continue to bury their heads in the sand. One woman who is able to see this proposal for what it is, however, is JK Rowling. As a victim of abuse, she knows how men can be:
"The law that Nicola Sturgeon". said "is trying to push through in Scotland will harm the most vulnerable women in society - those who seek help after male violence/rape and women in prison. Statistics show that women in prison are more likely to have been previously abused'.

Much has been written about theRowling has been subjected to an abomination.he dared to contribute to the debate on sex and gender. But much less has been said about support she receives from ordinary women who see her as a hero. for talking about sex and gender in the face of so much abuse. From all over the world came numerous responses of gratitude. But once again, Rowling was equally - and inevitably - targeted for her mainstream views.

So what is so problematic about this proposal put forward by the Scottish government? It is not easy to determine where to start. The bill would eliminate the medical requirement and the commission procedure. to change their gender, thus allowing trans people to self-identify. They would be required to live in their new gender for at least three months before applying for a certificate, which would be issued after a further period of reflection. The Scottish bill also proposes to lowering the age from 18 to 16, going against other legislative changes over the years. Children who are considered too young to consent to a tattoo may be able to change sexbefore knowing what it feels like to be an adult. Even if this shameful clause is later withdrawn - perhaps to reach some sort of 'compromise' - the damage will already be done in the minds of children who have been tricked into believing that human beings can easily choose whether to be a man or a woman.

These arguments were repeated many times, of course, and the Westminster government listened to them. There are no plans to remove protection measures in the rest of the UK. But Nicola Sturgeon's SNP - along with the equally reckless Scottish Greens - are on a mission, and they are not listening to reason.
The phrase 'in a time of universal deception, telling the truth is a revolutionary act' has rarely been as pertinent as it is now in Scotland. Rowling is an unlikely revolutionary, but Sturgeon would be wise to listen to her. Why? Because one thing is clear: a government that does not protect women and children is not fit to lead an independent Scotland. Perhaps the unintended consequence of all this sad debate will be to push Scottish independence so far into oblivion that it will be lost to an entire generation.

International news
Radical Feminism, Gender Identity
Maya Forstater, fired for saying sex cannot be changed, wins in court: it was discrimination
Decisive for gender critical feminism around the world was the victory of Maya, a researcher who lost her job over a tweet in which she wrote that biological sex is immutable and that women have rights based on sex. Britain reaffirms the right to criticise gender identity: threats and accusations of transphobia are illegitimate. "A'further proof" says Forstater "that the wind is changing". The final ruling of the labour court also ordered the company that did not renew the contract of the researcher, co-founder of Sex Matters, to pay compensation. A triumph across the board
A year ago, June 2021, Feminist Post published an article on the case of Maya Forstater, the British researcher whose employment contract was not renewed by her employer for expressing critical views on the concept of gender identity and reaffirming the importance of women's gender-based rights. The article ended by reminding readers that Maya's case was not yet over and, although the appeal ruling of the [...]
Read now
1 2 3 ... 40 Next »