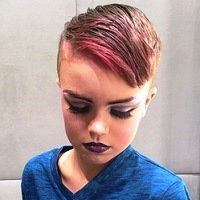 Hormones for children: the world revolts

Arkansas, and soon Texas and Tennessee. Sweden, Finland, UK, Australia: the number of western countries abandoning drug treatment for 'gender non-conforming' children is growing. And the prestigious Lancet is calling for a reconsideration of these 'therapies' which continue to be prescribed in Italy. It's time to give battle
blockers hormonesdavid belldetransitionerdysphoria by genreidentity by genreKeira BellLancetpuberty blockersara hertzSonia Applebytavistocktransgender
Please be aware that the translation of contents, although automatic, has a cost to Feminist Post but is provided to you without any charge. Please consider making a contribution via the "Support us" page if you intend to use our translation service intensively.
The contents of this site are translated using automatic translation systems without the intervention of professional translators.
Translations are provided for the sole purpose of facilitating reading by international visitors.
Share this article

An article in the prestigious Lancet Child & Adolescent Health (see here) proposes greater caution in the use of puberty blockers on children diagnosed as gender dysphoric.

According to Lancet Child & Adolescent Health further research is needed to determine the best treatment of children who received this diagnosis, particularly for those in whom the disorder only manifested itself after puberty.

The genre is a highly politicised theme and any scientific article that poses a threat to mainstream narratives is generally withdrawn, subjected to a further round of peer review and correction, or more likely rejected. Significantly, therefore, this time Lancet published.

Arkansas was the first US state to ban the use of blockers for minorsand similar laws are being studied in Tennessee and in Texas. Scepticism about these drugs is growing around the world, and policymakers are starting to take notice. In 2020, theEnglish High Court established that children under 16 are unlikely to consent to treatment involving puberty blockers (judgment Keira Bell, currently under appeal). Sweden and Finland today returned to psychological interventions for children with gender dysphoria

Meanwhile thousands of American paediatricians have mobilised against puberty blockers, even promoting a case against the Biden administration, while in Australia some clinics require the approval of a court to proceed with hormone therapies on minors to avoid the risk of future legal action: the risk of losing money is an effective disincentive for transacting.

Also in Australia, the first clinic for the treatment of de-transitioners, The aim is to offer specialised care and supportive therapy to those who regret the transition they have undergone.

Again, in the UK: a mother, Sara Hertzaddressed to doctors aarticulate and reasoned letter entitled "Doctors, it's time. Primum, non nocere"against the transition of minors, while Sonia Appleby, head of child protection for Tavistock and Portman NHS Trust - a London-based clinic specialising in child transitions. won a case against the British health service and was compensated for the treatment she received from the administration after she had expressed her concern ".that some young children are actively encouraged to be transgender without effective monitoring of their situation"..

On the risk of abuse had already broken the silence the dean of Tavistock, the psychiatrist David Bell.

All over the West the wind is changing, but at the moment nothing is moving in Italy.

In our country, puberty blockers continue to be administered with a simple medical diagnosis and without the intervention of a court. And in recent days the news of a 16-year-old from Lucca authorised by the court to change sex at the civil register office, possibly even resorting to 'rectification' surgery.

An urgent reconnaissance on the number ofminors treated in Italy, currently unknown, a clarification on the protocols that are applied, in addition to careful verification of the grooming -grooming and indoctrination on gender identity- on the social networks most frequented by young people, such as Instagram and TikTok-.

The following should also be urgently addressed Italian Society of Paediatrics, the Italian Society of Endocrinology and the Order of Psychologists to urge them to take a stand on the basis of the established fact that the effects of puberty blockers are by no means reversible, as by tenacious propaganda, not to mention the possible iatrogenic pathologies induced by these drugs.

To finally arrive at a law which, as is now the case in many western states, severely limits or prohibits the use of hormone blockers for gender non-conforming minors, first of all by promoting freedom from stereotypes -this is the first battlefield against the child transition industry- and favouring - where there is suffering - psychotherapy.

International news
Radical Feminism, Gender Identity
Maya Forstater, fired for saying sex cannot be changed, wins in court: it was discrimination
Decisive for gender critical feminism around the world was the victory of Maya, a researcher who lost her job over a tweet in which she wrote that biological sex is immutable and that women have rights based on sex. Britain reaffirms the right to criticise gender identity: threats and accusations of transphobia are illegitimate. "A'further proof" says Forstater "that the wind is changing". The final ruling of the labour court also ordered the company that did not renew the contract of the researcher, co-founder of Sex Matters, to pay compensation. A triumph across the board
A year ago, June 2021, Feminist Post published an article on the case of Maya Forstater, the British researcher whose employment contract was not renewed by her employer for expressing critical views on the concept of gender identity and reaffirming the importance of women's gender-based rights. The article ended by reminding readers that Maya's case was not yet over and, although the appeal ruling of the [...]
Read now
1 2 3 ... 41 Next »