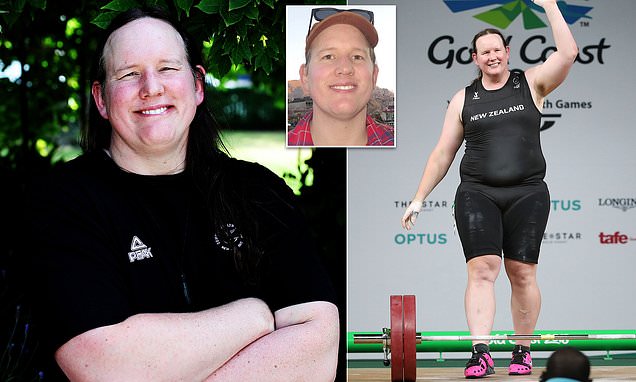 A mediocre athlete in men's weightlifting, Hubbard obviously wins in the women's category. Protests grow, but four more T athletes prepare for Tokyo
Laurel Hubbardolympicssave women's sportstokyo
Please be aware that the translation of contents, although automatic, has a cost to Feminist Post but is provided to you without any charge. Please consider making a contribution via the "Support us" page if you intend to use our translation service intensively.
The contents of this site are translated using automatic translation systems without the intervention of professional translators.
Translations are provided for the sole purpose of facilitating reading by international visitors.
Share this article

Following the cancellation of the last qualifying competitions for the Tokyo Olympics, the sports pages report that Laurel Hubbard (New Zealand) could become the first transgender athlete to qualify for the Olympics in Tokio.

Hubbard, son of industrialist and current mayor of Auckland Dick Hubbard, until the age of 34, he practised weightlifting with mediocre results in the male category like Gavin Hubbard, in 2013 undertook a 'gender transition' and was admitted in the female category of the super-maxes.

In 2019, his victories at the Pacific Games in Samoa also caused outrage because Hubbard stole the podium from one of the favourite athletes playing at home, Feagaiga Stowers and Iuniarra Sipaia. On that occasion, Prime Minister Tuilaepa Sailele Malielegaoi declaredNo matter how we look at the issue, is a man and it is outrageous that this has been allowed in the first place'.

It did not escape Malielegaoi's notice that theadmission to women's competitions on the basis of testosterone level is an example of how international sports bodies establish rules that benefit rich countries and sports elites. Perceived gender identity enabled Hubbard, a rich white man, to stand on the podium in place of an indigenous woman who had trained through great hardship for that race. The same thing could happen to the Olympics, in fact one of the few occasions when the countries of the South can challenge and beat the richer countries on the level of athletic merit.

The 'Hubbard case' provoked the protests by women, who are, however, gagged: former New Zealand Olympic weightlifter Tracey Lambrechs revealed to Reuters that female athletes are told to 'shut up' when they question the correctness of the decision to admit Hubbard at women's competitions.

Such a fate does not, however, befall the men. Former British long distance runner Chris Tomlinson, who competed in three Olympics, is publicly intervened on Hubbard: "The physical advantages men have over women in sport are close to 10%. Women's sport will be ruined and young girls (born female) will never have a chance. What a shame."

Recently also Caitlyn Jenner, Olympic decathlon champion in 1976 as Bruce and since 2015 'trans woman' currently running for governor of California for the Republican party, released a declaration on the subject: 'I oppose the admission of trans boys from male bodies in women's sports. It is a question of fairness. It is simply not fair. We must protect women's sports in our schools'.

The names of participants in the Olympics will be announced on 5 July, and among them there might be at least four transgender athletes, all men who have been admitted by the Olympic Committee as women, without listening to the demands of female athletes and women's organisations. For each of them competing, several women will be deprived of the opportunity to compete on equal athletic merit. The Tokyo Olympics, which were supposed to show the world Japan's recovery from the 2011 Fukushima earthquake and nuclear disaster, may instead go down in history for this enormous injustice inflicted on women all over the world.

International news
Gender identity
SPAIN: SOCIALISTS AGAINST THE TRANS LEY
Unlike their Italian counterparts from the PD and the left who stand for free gender identity, the Spanish progressives break with the PSOE's transactivist policies in defence of women and children. In their manifesto the excellent arguments against what, if passed, could be the worst transactivist law in the world
Breaking with its party, the PSOE, and sending a signal to the women of the European left, who are generally aligned in defence of transactivist diktatism, the Federación de Mujeres Progresistas launches a courageous manifesto against the Trans Law wanted by the governing majority in Spain (PSOE and Podemos) and being approved by an emergency procedure, without an effective parliamentary debate or a wide public discussion. The initiative also comes in response to the clamorous break between historical Spanish feminism -united in the Contraborrado cartel- [...].
Read now
1 2 3 ... 26 Next »