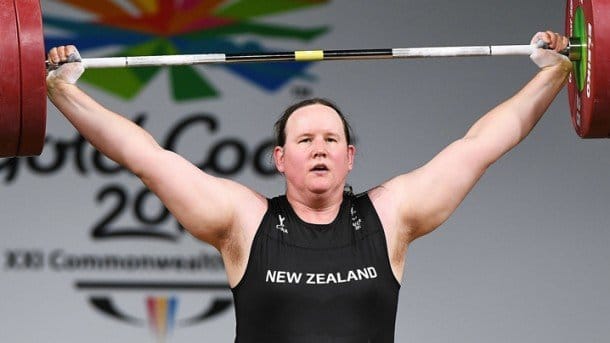 It is also OK in France for males to call themselves women in women's sports. The bomb could explode at the Olympics with a resounding "me too" by female athletes.

Chelsea WolfeLaurel HubbardLgbtq+martina navratilovaOlympics by TokyoTiffany AbreuValentina Petrillo
Please be aware that the translation of contents, although automatic, has a cost to Feminist Post but is provided to you without any charge. Please consider making a contribution via the "Support us" page if you intend to use our translation service intensively.
The contents of this site are translated using automatic translation systems without the intervention of professional translators.
Translations are provided for the sole purpose of facilitating reading by international visitors.
Share this article

This matter of the male athletes who 'identify themselves as women' in order to participate in women's sports and win easily is simply grotesque as well as violent and misogynistic, and could explode in front of a global audience at the forthcoming Tokyo Olympics. (assuming the pandemic does not force a further postponement). Given the high stakes growing number of MtF trans-athletes to compete in Japan (while it is obvious that no FtM athlete is pushing to participate in men's competitions, as they have their skin as well as their face). Despite the total lack of sporting loyalty is sensational, other than doping, the sports press is silent in order not to appear 'trans-exclusive'. (read: not to lose advertisements companies that are now competing to be LGBT+ friendly). Very impressive male bad faith. Tokyo could become the ideal scene for a fantastic me-too of female athletes.so far silent, with a few exceptions, such as this.

It depends only on them. We are there.

A few days ago theThe French National Assembly approved a amendment for "democratising sport in France"which prohibits "discriminate on the basis of gender identity". The new law effectively authorises men who say they feel like women to compete in women's sports competitions.

One week ago the sporting news reported that then Spainin view of the approval of the Ley Trans and the Olympics there is a significant increase in requests for trans-identified male athletes to participate not only in national but also in international competitions in the women's category.

It is currently virtually confirmed - due to their high achievements in the women's category - the participation of four trans athletes in the Tokyo Olympics and Paralympics. They are Chelsea Wolfe (cyclist, USA), Tifanny Abreu (volleyball, Brazil), Laurel Hubbard (weightlifting, New Zealand) and Valentina Petrillo, Italy.

Petrillo, a Paralympic athlete who was competing in men's events until 2019, is still a man on paperwork, Fabrizio. After 'declaring' himself a woman and starting hormone therapy that reduced his testosterone levels just enough to fall within the parameters of the 2018 World Athletics regulations, he was authorised by the National Athletics Federation to take part in women's events (see here). Petrillo won in all categories, and from the outset his dream of participating in the Paralympic Games in Tokyo proved to be well within reach.

The Olympic and Paralympic Games were supposed to be held in Tokyo in 2020 and have been postponed for a year because of the Covid-19 pandemic. Taking advantage of the postponement and the general 'distraction' in the chaos of the pandemic, the 'gender identity' activists have worked hard and are reaping their rewards. Despite athletes and former athletes such as Martina Navratilova have complained about the fairness of the competition (see here) and organisations such as Save Women's Sports have repeatedly asked the International Olympic Committee to review the rules allowing trans-identified men in women's competitions, The IOC's medical and scientific director, Richard Budgett, refused any review before the Tokyo Olympics. Why change the rules so close to Tokyo would not be "ethically or legally right" (see here).

Allowing men to compete instead of women apparently is.

Feminist Post is produced solely through voluntary work and has no funding.

Thank you if you can support us. Even the smallest contribution is precious!

Insights
Girls, Gender identity
The debate on puberty blockers also opens in Italy - finally!
Breaking the silence is the Italian Psychoanalytic Society, which is calling for an open scientific debate on these treatments, which it defines as 'experimental', not supported by adequate studies and at great ethical risk because they predetermine the fate of girls and boys
Much later than in the Great North of Europe, Great Britain, Australia, and some US states - which have abruptly put the brakes on the use of puberty blockers as a 'therapy' for girls and boys with gender non-conforming behaviour - Italy too is finally breaking its silence with a letter addressed to the government by the Italian Psychoanalytic Society, which calls for caution and the opening of a public scientific discussion. Below we reproduce interviews conducted by Marina Terragni for Il Foglio and [...].
Read now
1 2 3 ... 42 Next »