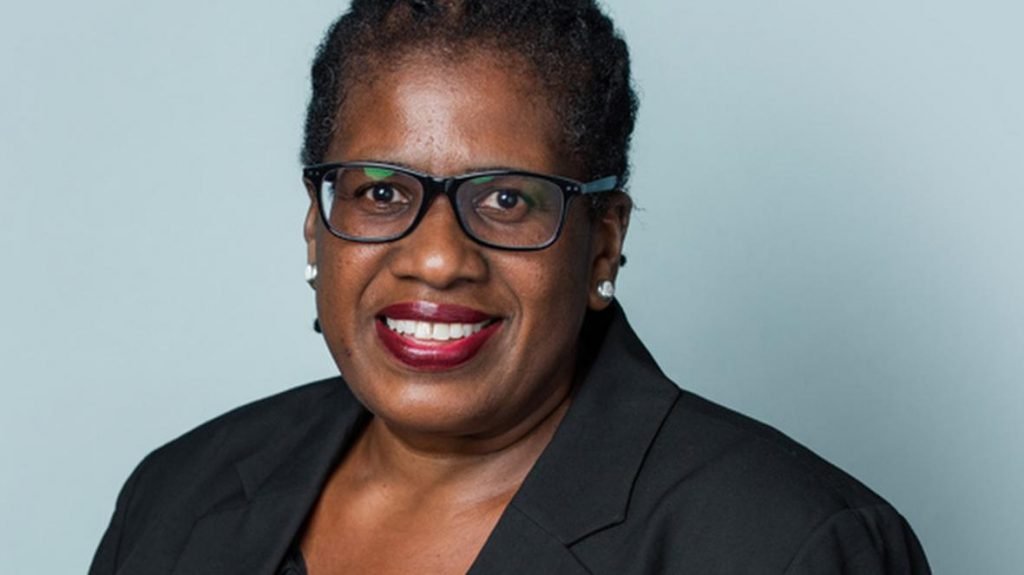 Allison Bailey was allegedly mobbed and discriminated against by her law firm for expressing her opposition to gender self-certification or self-id. A lesbian and founder of the LGBT Alliance, she sued the firm and Stonewall as well. Who, she is convinced, actively worked for her "punishment".
Allison BaileyLgb Alliancemaya forstaterself idStonewalltransactivists
Please be aware that the translation of contents, although automatic, has a cost to Feminist Post but is provided to you without any charge. Please consider making a contribution via the "Support us" page if you intend to use our translation service intensively.
The contents of this site are translated using automatic translation systems without the intervention of professional translators.
Translations are provided for the sole purpose of facilitating reading by international visitors.
Share this article

Stonewall will face a court case for encouraging the law firm where Allison Bailey, a lesbian lawyer, works to issue a disciplinary order against her simply because she had criticised transgender activists.

On 10 June, an appeals court ruled in Forstater's favour, holding that belief in the immutability of biological sex is a form of opinion protected by the European Convention on Human Rights.

After all, even Nancy KelleyManaging Director of Stonewall UKin a very recent interview with the BBC (here) had to admit that it is not possible to change biological sex. Some external sexual characteristics can be changed, but not the sex.

A judge agreed that Bailey, who practices in London, is entitled to support his critical views of gender identity as they are philosophical thoughts.

The Court will examine the case in April against Stonewall and the law firm where the woman works.

This is the second time that the British LGBT+ rights organisation has unsuccessfully tried to put an end to the complaint by the lawyer who is a founder of the LGb Alliance, an association that came into being after part of the British gay and lesbian movement broke away from Stonewall in controversy with transgender ideology.

In his first complaint Bailey accused the NGO and his employer of discrimination and victimisation. This is now reinforced by Judge Holly Stout's view that it is 'entirely plausible' that the organisation 'tried to make a profit'. induce the law firm to punish the applicant on account of her publicly expressed beliefs and criticism of Stonewall's 'diversity champions' programme".

At the hearing it was recalled that in 2018 Bailey had claimed that Stonewall "had been complicit in supporting a campaign of intimidation against anyone who questioned the ideology of self id, particularly lesbians and feminists"..

To support the civil case, the woman launched a fundraising. Leading figures from the prominent Garden Court law firm are also accused of defining the lawyer's beliefs 'bigoted and unworthy of respect'.

Both Garden Court and Stonewall deny having violated the law.

International news
Radical Feminism, Gender Identity
Maya Forstater, fired for saying sex cannot be changed, wins in court: it was discrimination
Decisive for gender critical feminism around the world was the victory of Maya, a researcher who lost her job over a tweet in which she wrote that biological sex is immutable and that women have rights based on sex. Britain reaffirms the right to criticise gender identity: threats and accusations of transphobia are illegitimate. "A'further proof" says Forstater "that the wind is changing". The final ruling of the labour court also ordered the company that did not renew the contract of the researcher, co-founder of Sex Matters, to pay compensation. A triumph across the board
A year ago, June 2021, Feminist Post published an article on the case of Maya Forstater, the British researcher whose employment contract was not renewed by her employer for expressing critical views on the concept of gender identity and reaffirming the importance of women's gender-based rights. The article ended by reminding readers that Maya's case was not yet over and, although the appeal ruling of the [...]
Read now
1 2 3 ... 37 Next »