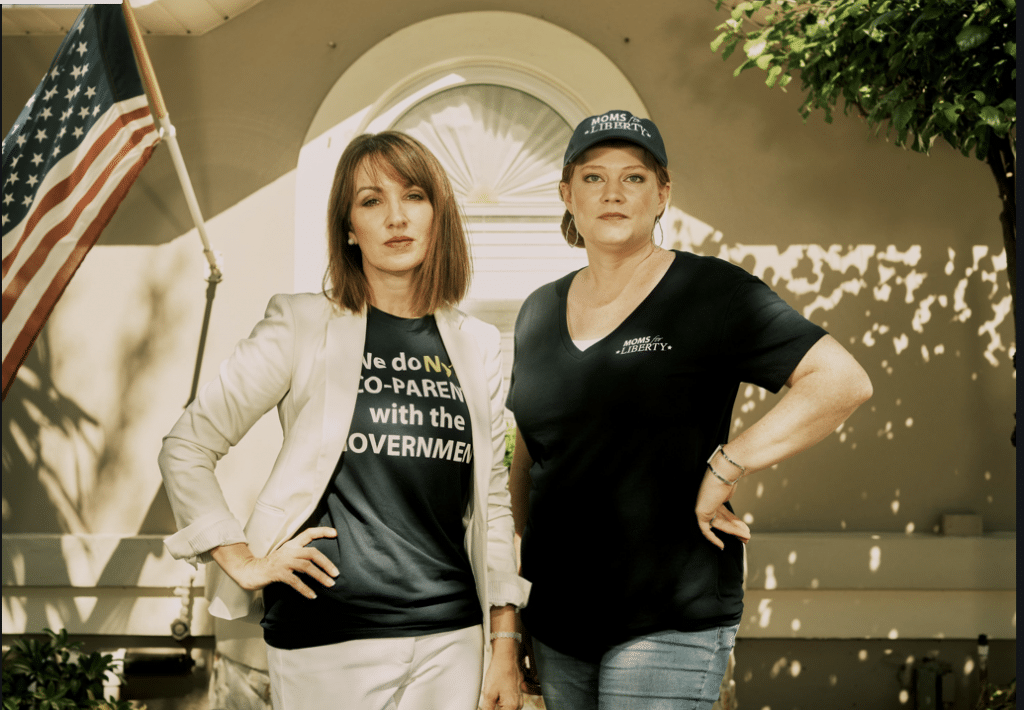 Moms for Liberty: mothers against LGBT doctrine in US schools

Free gender identity, career aliases, self-id: propaganda is hammered out in American primary schools, silencing families against it. But now mothers are organising themselves: 'We don't share the role of parents with the government'. Born in deepest America, the movement is now spreading across the country with tens of thousands of adherents.
career aliasidentity by genremoms of libertyRepublicansschoolsself idUSA
Please be aware that the translation of contents, although automatic, has a cost to Feminist Post but is provided to you without any charge. Please consider making a contribution via the "Support us" page if you intend to use our translation service intensively.
The contents of this site are translated using automatic translation systems without the intervention of professional translators.
Translations are provided for the sole purpose of facilitating reading by international visitors.
Share this article

It was conceivable: the Lgbtq propaganda in American schoolsincluding primaries, has reached such levels of invasiveness - alias careers, gender identity, self id, even contrary to or without the knowledge of the parents, pointing out those against as enemies - to induce parents to organise themselves to take back their rights.

After the first and isolated attempts at resistance, we have shown you here, theorganisation Moms of Liberty, conservative group mobilised mainly against gender indoctrination and critical race theory, movement that is sweeping across the US and now aims to show its power of influence at the ballot box. Washington Post devoted an entire page to it.

Starting from the populous suburbs of deepest America, Brevard County (Florida), the mothers of Moms for Liberty preside over school council meetings on topics dear to the conservatives under the motto ".We do not co-parent with the government". (in essence 'We do not share the role of parents with the government').

Republicans quickly realised the political importance of angry mothers, a "hidden majority' which they try to bring to their side by supporting and perhaps secretly financing the organisation.

Here are some excerpts from the article in the Washington Post.

The three dozen women who showed up at the Brevard County School Board meeting last week were wearing T-shirts that read "Moms for Liberty and declared that they 'do not share the role of parents with the government'. [...]

Moms for Liberty is acontroversial organisation that aims to play an important role in next year's elections. Initially launched in Brevard County to support 'parental rights' in public schools, local committees of Moms for Liberty have spread nationwide. Its leaders hope to convert the quarrelsome cultural divisions of the pandemic era into lasting political power. The organisation is channelling a powerful frustration among conservative mothers who feel increasingly sidelined by school administrators and teachers. And their targets are broad -... including curricula that address LGTBQ rights, race and discrimination, and how schools define scientific fact.

In 10 months Moms for Liberty has grown to 135 local committees in 35 states, with 56,000 members and supporters, according to the organisation's founders. The group hopes one day to have local committees in all 3,143 counties or their equivalents in the United States. "Now is the time to 'capture' these parents long-term," said Tina Descovich, co-founder of Moms for Liberty. "If we miss this opportunity, at the time when they are really involved [during the pandemic], it will be difficult to involve them in the future!"

Some political analysts have compared the Moms for Liberty at previous conservative activist groups, including the Moral Majority of the 1980s and the Tea Party of 2010. And Florida's Republican leaders say they are already benefiting from the group's work. Christian Ziegler, vice chairman of the Republican Party of Florida and Sarasota County Commissioner, acknowledges to Moms for Liberty and to the broader issue of 'parental rights' the credit for bringing new voters to the Republican Party.

Ziegler also expects the group's members to become foot soldiers for Republican Governor Ron DeSantis' re-election campaign next year. DeSantis has aligned himself with the "parental rights" agenda (...) "I've been trying for a dozen years to get women in their 20s and 30s involved in the Republican Party, and it's always been difficult to get that demographic," said Ziegler, whose wife is loosely aligned with Moms for Liberty. "But now Moms for Liberty he did it for me!"

In Nassau County, NY, Barbara Abboud, an associate of Moms for Libertyhe said he thinks that the group could also influence local elections in some democratically oriented communities. Abboud said she became involved in the organisation after a school social worker published a blog post that appeared to embrace critical race theory (...)

"I was a mum who felt unheard at school board meetings, and I sent an email to their website and said: 'Hey, what can I do to help?". Its local committee based in New York started with six members. Since then it has grown to 3,400, the largest local committee of Moms for Liberty in the country, said Descovich. "I truly believe we represent a hidden majority," Abboud said. I was a PTA mum, but a year ago I couldn't even tell you who was a member of my school board." Now, he added, "we are awake!".

Insights
Girls, Gender identity
The debate on puberty blockers also opens in Italy - finally!
Breaking the silence is the Italian Psychoanalytic Society, which is calling for an open scientific debate on these treatments, which it defines as 'experimental', not supported by adequate studies and at great ethical risk because they predetermine the fate of girls and boys
Much later than in the Great North of Europe, Great Britain, Australia, and some US states - which have abruptly put the brakes on the use of puberty blockers as a 'therapy' for girls and boys with gender non-conforming behaviour - Italy too is finally breaking its silence with a letter addressed to the government by the Italian Psychoanalytic Society, which calls for caution and the opening of a public scientific discussion. Below we reproduce interviews conducted by Marina Terragni for Il Foglio and [...].
Read now
1 2 3 ... 45 Next »