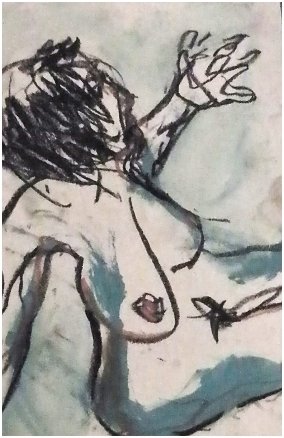 Police Scotland says that a rapist who calls himself a woman will be registered as a woman, even if he has a penis. The Scottish feminists are addressing the Parliament against this absurd abuse, which would fill the statistics of female rapes. So much for fake news, as Zan's supporters say. Here is The Times
identity by genrepolice Scottishoffences sexualscotlandstatisticsrapesviolence male
Please be aware that the translation of contents, although automatic, has a cost to Feminist Post but is provided to you without any charge. Please consider making a contribution via the "Support us" page if you intend to use our translation service intensively.
The contents of this site are translated using automatic translation systems without the intervention of professional translators.
Translations are provided for the sole purpose of facilitating reading by international visitors.
Share this article

Wherever gender self-certification or self-id is in force, women's spaces are violated by men who identify themselves as women - we said this the other day in the Senate hearing. In addition to bathrooms, changing rooms, hospital wards, prisons, work and political quotas, sports and so on, there are also statistics, and in every sector. Gender-critical feminism is also accused of spreading fake news. We have also been accused by centre-left senators who support the Zan ddl and gender identity.

Well, here is The Times, publishing a petition from Scottish feminism.

In April The Times has reported the news that the Scottish police had confirmed that a man accused or convicted of rape would have could be registered as a woman. Police Scotland had described its registration policy as follows: "If the male who self-identifies as a woman penetrates a victim's vagina, anus or mouth with his penis or attempts to do so, Police Scotland will record this as attempted rape or rape, and the male who self-identifies as a woman may be recorded as a woman on police records".

Theoretically, even women, in borderline cases, can be convicted of rape. But in the last ten years in Scotland all convictions for rape or attempted rape were recorded as committed by males, except one. And further investigation showed that this case was a mistake. Accurate registration of biological sex can be problematic in relation to aggression in general, but theor rape by definition reveals a male body. The privacy arguments often used in other contexts here are not tenable. Although in theory rape can be committed with a surgically constructed penis, there is no evidence of such cases anywhere.

Sex registration in these cases is important for the truthfulness of statistics, which affects research and policy development. The veracity of the media is a further problem. Press reports refer to what is recorded by police and courts. If even a few cases of crime were recorded and reported as being committed by females rather than males, it could misleadingly suggest that female crime patterns are changing.

After trying other avenues without success, inWe have decided to raise the issue with the Scottish Parliament's Public Petitions Committee, view the police statement. The Commission can set policies for the criminal justice system, gather evidence on how they have developed and give guidance to all bodies involved.

It is not clear how not registering the biological sex can make it easier for anyone, while it is clear that, if there are ever any relevant cases in Scotland, there could be serious problems. We hope that the Commission can take action to prevent this possibility and ensure that accurate and reliable data are recorded.

Italian News, Headlines
Girls, Gender identity
Italian psychoanalysts: stop puberty blockers
The Italian Psychoanalytic Society criticises puberty blockers for children: dangerous and experimental treatment. And joins gender critical feminists and parents in calling for scientific data and a public debate on the best treatment for children suffering from gender dysphoria
For years we gender critical feminists have been fighting against the scandal of the medicalisation of children in the name of gender identity. And for years we have been branded as fascists, reactionaries, bigots. Today at last an accredited Italian scientific society, the Italian Psychoanalytic Society (SPI), is taking a stand, joining us in raising a cry of alarm: the use of puberty blockers is an experimental treatment that has no solid scientific basis, and causes serious side effects. Above all, in most cases dysphoria [...]
Read now
1 2 3 ... 44 Next »