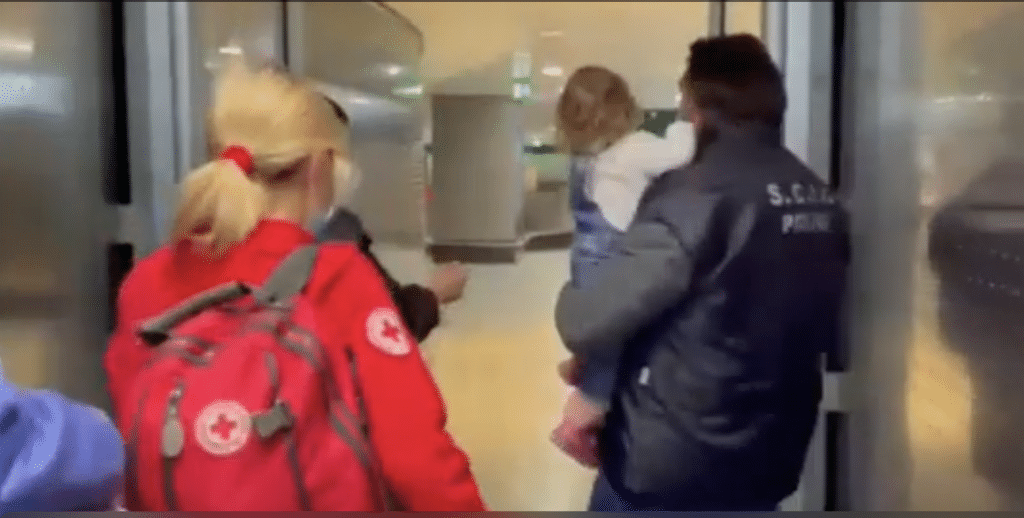 Luna and the 'mother' buyer who didn't want her

There was no attachment between the 'commissioning' woman and the child born from a surrogate mother. Out of "envious" rivalry towards the mother who gave birth to her. And because if you buy a child as a thing, you can always discard it. This case is just the tip of the iceberg of the complex relational dynamics that are triggered when you resort to this practice. And it is always the children who pay the highest price.
gammymoonmaternity surrogateucrainuterus at rent
Please be aware that the translation of contents, although automatic, has a cost to Feminist Post but is provided to you without any charge. Please consider making a contribution via the "Support us" page if you intend to use our translation service intensively.
The contents of this site are translated using automatic translation systems without the intervention of professional translators.
Translations are provided for the sole purpose of facilitating reading by international visitors.
Share this article

Luna, born through surrogacy, is a perfectly healthy child.

I second thoughts of 'intentional parents (this is what they usually call their principals) usually happen when the child is born with a handicap. A few years ago the famous Gammy case, suffering from Down's syndrome and a heart malformation, born of a Thai 'surrogate mother'. The Australian commissioners only picked up the 'perfect product', a healthy twin, discarding the defective baby brother. Despite financial difficulties (otherwise she would not have taken part in the practice) and despite having two children of her own, Pattharamon Janbua, 'surrogate mother', kept Gammy with her.

In the fourth month of her pregnancy, her employers asked her to have an abortion. surrogacy: embryonic reduction) after discovering that one of the fetuses was a carrier of Trisomy 21. Janbua, a Buddhist, had refused on religious grounds.

When you make a market of a human being, that being loses at least part of its status to become a kind of chimera between a human and an inanimate object. This makes it easier to 'break' the contract if the product is not perfect, as with any market transaction.. There is, for example, an agency with a registered office in Spain and clinics in Ukraine that in its contract de luxe provides for the possibility of a 'new baby' without further costs in case the 'old baby' dies in the first year of life. Like a washing machine under warranty, to make a long story short.

In the case of Luna, the dynamics were more complex.. Born from a donated oocyte and from the semen of the 'intended father', as is very often the case with GPA with heterosexual principals, she was rejected by the man's wife who had no genetic or epigenetic (pregnancy) link to the child. Attachment, therefore, did not occur. This can also happen painfully in the case of a human or other species' natural mother, for reasons that are in part unknowable. In the case of an 'intentional mother', however, this dynamic is complicated by other factors: 1. lack of a biological link with the creature, in addition to not having conducted the pregnancy 2. a envious' rivalry against the woman who gave birth to her husband's biological daughter when she was unable to do so 3. the business plan on which the case was based, which Making the child a 'commodity' entitles one to think of her and treat her as a thing without any particular qualms.

Luna's sensational case is probably only the visible tip of the iceberg of complex relational dynamics that are triggered when buying a child. by a woman in need.

As stated in a fine ruling of the Constitutional Court which reiteratescand the prohibition, the uterus for rent "seriously undermines human relations"..

And the real price is paid by the children.

Italian news
GPA
New NO from the Supreme Court to the registration of 'two fathers' from surrogacy
For the second time, the Supreme Court reiterates: those birth certificates drawn up abroad cannot be registered by Italian registry offices. For the biological father's partner, the only way is adoption. Surrogacy remains a high disvalue and violates the dignity of women. Mayor Sala should immediately stop transcribing them, as requested in our complaint
Judgements must be read carefully because the devil, so to speak, is in the details. But there is no doubt that the United Sections of the Court of Cassation, in its ruling 38162 filed yesterday, once again rejected the request for full and automatic registration of the birth certificates of children born abroad by womb surrogacy, allowing the registry office only to indicate the biological parent. The application was very simple. In short: the birth certificate made in Canada of a child born by [...]
Read now
1 2 3 ... 32 Next »