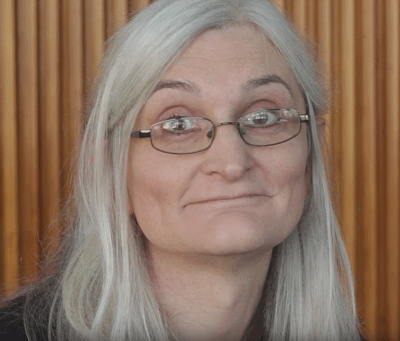 The word 'woman' is already occupied

debbie haytonJK Rowlingmeghan murphytranssexualstransgenderWoman's Place Uk
Please be aware that the translation of contents, although automatic, has a cost to Feminist Post but is provided to you without any charge. Please consider making a contribution via the "Support us" page if you intend to use our translation service intensively.
The contents of this site are translated using automatic translation systems without the intervention of professional translators.
Translations are provided for the sole purpose of facilitating reading by international visitors.
Share this article

'Menstruating people': I am sure there is a term for these people. With these words JK Rowling entered the most fevered debate in contemporary society. Not even Covid-19 served to dampen the furore of the debate on transgender people. As two worldviews collided, some fundamental truths that generations before were considered unquestionable have been called into question.

What is it to be a woman? What is it to be a man? How can we differentiate between them? On the one hand there is the belief in gender identity, a feeling in our minds that drives nature and defines our true gender: we are the gender we think we are. But the creator of Harry Potter has expressed a contrary opinion. According to Rowling, she is a woman not because of a psychological issue but because of her biology, and she became very frustrated when her gender was relegated to 'menstruating person'. One hundred years after women gained the right to vote in many countries Rowling found herself involved in a campaign that the suffragettes could never have imagined: a battle to preserve her name as a 'woman'.

The response was predictable and brutal. As the actors who became famous through her books moved away from her, Rowling became the target of a campaign comparable to a modern-day witch-hunt. Women who have openly asserted that the word 'woman' belongs to them and them alone have faced noisy and sometimes violent opposition. To the vibrant protests against the Canadian feminist Meghan Murphy who gave a lecture at the Seattle Public Library in early February was followed by a meeting organised by the group Woman's Place UK in Brighton in the autumn. Women were attacked, others lost their jobs. The fury rages on because if women define themselves by their biology trans women feel excluded from womanhood. For trans women who desperately want to be seen as real women, this means existential rejection.

For me this is a personal matter. I am a trans woman therefore, it is my identity that is being rejected. But I am also a high school science teacher, and I know magic thinking when I see it. Trans women are men -certainly I am, as I am a father of three- while women are women. People-men are not people-women, therefore trans women are not women. Whatever emotions are stirring in this debate, JK Rowling is right. When I transitioned eight years ago Rowling's position would not have created any controversy. We transsexuals - that's what we were called before - changed our bodies to look like the opposite sex and to reintegrate into society as quietly as possible. Those of us in public office realised that this was not a decisive factor. Why should it be? We teachers, both men and women, do the same job and my transition did not interfere with Newton's laws of motion or any of the other issues I deal with as a teacher. But I rely on trusting relationships with people in my environment. Other men feel comfortable presenting themselves in women's clothing without changing their bodies. But no one ever thought that transvestites - that's how these untransformed men were considered - were women.

What has changed? How did these two groups - a small number of transsexuals and a larger number of transvestites - become a transgender movement able to question the use of biological sex to classify society? Between political leaders who wanted to show themselves to be progressive -or disinterested in the issue- and a population that knew nothing about it, new laws were made and policies were changed following the suggestions of transgender activists interested in these innovations. As gender and sex were merged, gender identity has silently replaced sex in policies and laws.. We were able to choose not only our gender but also our legal sex, with devastating consequences for women's rights. As Kiri Tunk, founder of the group Woman's Place UK said: "If you cannot define what a woman is, how can you defend women's rights?" (...)

International news
Motherhood, Politics
New England Journal of Medicine: abortion ban is a health catastrophe
The prestigious magazine raises the alarm: it will be mainly poor and black women who will pay the price of the Supreme Court ruling, driven back into abortion with serious health risks. Even the morning-after pill and even the IUD could be banned and prosecuted as abortifacient means
The US Supreme Court's decision in Dobbs v. Jackson Women's Health Organization represents an extraordinary reversal (...) Yet it was not unexpected. In the long and painful prelude to the decision, many states severely restricted access to reproductive health care. The fig leaf covering these restrictions was that induced abortion was a dangerous procedure that required stricter regulation to protect the health of women seeking such care. The facts belie this false rhetoric. The latest data available in the United States [...]
Read now
1 2 3 ... 26 Next »