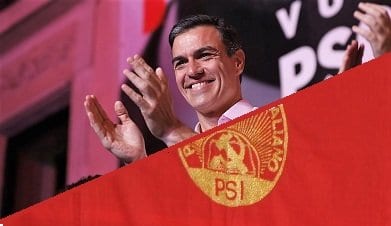 In Italy, the PD supports gender identity. In Spain the Psoe fights it

Two 'sister' parties divided on such a sensitive issue: for the Spanish socialists, gender identity erases women. Yet with same-sex marriage, Spain is ahead of Italy in terms of LGBT rights. Recommended reading for PD leaders. Especially to the women of that party
womenidentity by genreitalyLgbtqPdpsoespain
Please be aware that the translation of contents, although automatic, has a cost to Feminist Post but is provided to you without any charge. Please consider making a contribution via the "Support us" page if you intend to use our translation service intensively.
The contents of this site are translated using automatic translation systems without the intervention of professional translators.
Translations are provided for the sole purpose of facilitating reading by international visitors.
Share this article

ARGUMENTS AGAINST THEORIES WHO DENY THE REALITY OF WOMEN

Sex is a biological fact and gender is a social construct.

The practical risks of theories that change the definition of women and deny their reality.

If it is enough for a man to express at a certain moment that he feels like a woman, without any other consideration:

- How does it affect the collection of statistics? Statistics are broken down by gender and are essential to know the problems (wage and labour inequality, the feminisation of poverty, the glass ceiling, sexist violence...) and to determine public policies to address them.

- How does the law affect gender-based violence? Could a male abuser say that he feels he is a woman and therefore not be judged for this crime?

- How does it affect policies on equality and balanced representation?

- How does it affect access to resources and services such as reception centres, detention centres?

- How does it affect participation in sports events and competitions?

Women are not an identity

International news
Radical Feminism, Gender Identity
Femelliste, a gender critical 'sister' platform is born in France
Harassed, insulted, mocked, threatened: French feminists have collected and catalogued the attacks transactivists have suffered for years. And they have set up an information and training site against the dictatorship of transgender ideology
The name of the site is a play on words that cannot be translated into Italian. The site's creators inform that it has already been used by animal feminists such as Posie Parker, Nicole Roelens and the Boucherie Abolition collective. It would make one think of anti-specism, it is actually more and in some respects a little different. 'Femelle' in French means the female animal (for the human one, the same word as woman, femme, is used). Since they fight for sexual rights [...]
Read now
1 2 3 ... 47 Next »