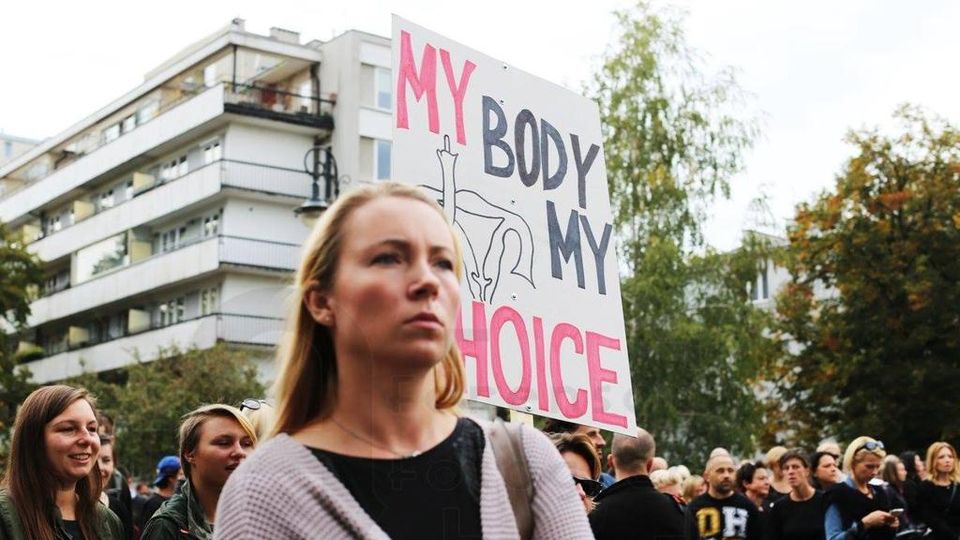 RADICAL FEMINISM IS WINNING ALL OVER THE WORLD

argentinacanadachileKorea of southfeminism radicalgender criticalmexicopolandkingdom joinedstates unitedtransactivism
Please be aware that the translation of contents, although automatic, has a cost to Feminist Post but is provided to you without any charge. Please consider making a contribution via the "Support us" page if you intend to use our translation service intensively.
The contents of this site are translated using automatic translation systems without the intervention of professional translators.
Translations are provided for the sole purpose of facilitating reading by international visitors.
Share this article

I think a lot of us are feeling pretty down right now. Covids, stressful political changes, lockdowns, having to wear a mask everywhere we go (and hardly ever leaving the house!) and I could go on. But if there is one glimmer of light in the midst of all this misery it is the remarkable success of feminism worldwide - in particular, of radical feminism-. Don't get me wrong: feminism still has its work cut out for it, whether in the ongoing fight for abortion rights in Argentina or the fight against spycam pornography in South Korea. But in these sad times some victories for the global women's movement might cheer you up.

Few places in the world have seen a resurgence of radical feminism like South Korea. Earlier this year, Jen Izaakson and Tae Kyung Kim reported on the intense protests against the "molka', a particularly invasive form of spycam pornography. Although South Korea has made this form of voyeurism illegal, enforcement has been virtually non-existent. In 2016, when a woman was killed by an incel in a mixed bath, South Korean women had enough. From 2018 over 360,000 women participated in massive protests against 'molka'., feminicide and other forms of male violence. In March of this year, the first-ever women's party. To the surprise of the South Korean establishment, the party won hundreds of thousands of votes, demonstrating the considerable influence of radical feminism in South Korea. Another victory for feminists in South Korea, abortion up to 14 weeks has finally been legalised (for whatever reason) in October this year. Although South Korean women continue to face obstacles in their fight for women's liberation, the future looks bright for feminists fighting in the country with boldness and without compromise. "We are ready to work together with other parties as long as we can agree on policies for women," said Kim Jayeon, a prominent feminist and founder of the Women's Party. "The Women's Party is neither left nor right.

Earlier this month Reuters reported that the women's movement is sweeping through Latin America because feminists have pushed Latin American governments to relax some of the world's strictest anti-abortion laws. In 2018, massive demonstrations for women's reproductive rights shook theArgentina, and this was the year in which they achieved results: Argentine President Alberto Fernandez recently presented a long sought-after bill to legalise voluntary abortions. At ChileFeminist activists are also pushing for a rewrite of the constitution to protect abortion rights in cases of rape, foetal non-viability and risk to the mother's health. The legislators of Chiapas, in Mexicoare adapting legislation to stop the prosecution of women who have access to abortion. But abortion rights are not the only issue at the forefront of feminist activism in Latin America. Mexican feminism, in particular, has become increasingly radical in response to the growing epidemic of feminicide. In February, Mexican feminists took to the streets to denounce the crisis and, frustrated by the ineffective response of their left-wing government, took control of a human rights building in Mexico City, turning it into a shelter for women and children. Yesnia Zamudio, a feminist activist whose daughter was killed in a feminicide in Mexico City, eloquently expressed the anger and passion that drives Mexican feminist activism there in a video that went viral this year: 'I have every right to put everything on fire. I won't ask anyone's permission, because I'm protesting for my daughter. Whoever wants to protest, protest. Whoever wants to rise up, rise up. Whoever does not, is not our ally".

WOMEN RISE UP IN POLAND

In October this year, the Polish Constitutional Tribunal ruled that abortions in the case of foetal abnormalities would no longer be permitted. The Catholic and conservative government could not have predicted what would happen next: Polish women took to the streets in one of the biggest protests in the country since the fall of communism. Calls "Strajk kobiet, o "Women's strike'These protests prompted the Polish government to delay indefinitely the publication of the Court's ruling. Now, reports the "New Yorkerfeminists are demanding more than just a backtrack on abortion restrictions: they want access to voluntary abortion in the first trimester to be fully legalised. The protests have faced internal dissent. Efforts have been hampered by a fierce backlash against feminists disagreeing with some of the issues advocated by the left, in particular transactivism. This month Kaya Szulczewskaan influencer and feminist activist, has been the subject of intense criticism for defending the use of the term 'woman' in discussions on abortion. But radical feminism is making progress. At the beginning of December Polish feminists and activists working on transactivism and its impact on women and homosexuals formed the Polish LGB Alliance to reject misogyny and left-wing homophobia within the movement. The scale of the protests caused international wonder and admiration. It is hard not to agree with the assessment of the "New Yorker': these protests are starting to look like a revolution.

In the UK, radical and gender critical feminism has dominated the news this year. In January Women's Place UK hosted the conference Women's liberation 2020 which was attended by thousands of men and women interested in radical feminist and gender-critical thinking. And in June this year JK Rowling published a letter outlining her concerns about transactivism. The moving, elegantly written letter unleashed an immediate storm of death and rape threats against Rowling along with a torrent of criticism berating Rowling for daring to voice her concerns about the impact of trans activism on women and girls. Nonetheless, Rowling spoke out against the tide of abuse and by her example inspired many women to voice their opposition to gender ideology. Many of these concerns were confirmed last month when the case of detransitioner Keira Bell against the British NHS led the British courts to rule that minors are almost always incapable of consenting to puberty blockers: a significant victory for radical feminists that will hopefully spread within the medical establishment globally. Even after a difficult year, it is important to remember that we are moving forward and that women's passion, courage and activism really do affect change.

International news
Gender identity, Sport
Bye bye 'Lia': world stop to trans swimmers in women's races
Despite the scandalous and opportunistic silence of the sports media, the World Swimming Federation closes to male bodies in women's competitions (something similar has also been decided for cycling). Soon, hopefully, all other categories will follow. The trophy-stealing 'Lia' Thomas cases will not happen again. Honour to the female athletes who fought against this colossal injustice. And to all of us who have resisted the misogynistic violence of gender ideology for years.
Fighting is needed: piece by piece the wall of trans-ideology is crumbling. And while the American Democrats - Hillary Clinton's word - are resoundingly distancing themselves from trans-activism because they realise that they are risking the presidency of the United States on these issues, the Fina (Fédération Internationale de Natation), the world governing body of swimming, has voted in favour of new rules according to which transgender athletes will not be allowed to compete in elite women's competitions if they have crossed any part of the [...]
Read now

International news
Gender Identity, Politics
Hillary Clinton: if we keep talking about trans people we will lose the election
Interviewed by the Financial Times she admits that there are other priorities and that if they continue along this path the Democrats will lose the presidency, starting with the midterm in November. A resounding turnaround in the hope of salvaging what can be saved. Will the western democratic parties -starting with the PD- follow the gender critical change of course?
For the first time in years, American Democrats break the taboo: they do so with none other than the authoritative voice of former Secretary of State and presidential candidate Hillary Clinton, according to whom continuing to talk about trans people will risk defeat for progressives. The interview is published in the Financial Times. Question Edward Luce: "The Democrats seem to be doing everything they can to lose the election by holding up activist causes-particularly the transgender debate-that are only relevant to a [...]
Read now

International news
Girls, Gender identity
Transition courses for middle schools in New Jersey
While major newspapers such as The New York Times and The Times publish increasingly concerned articles on the transition of minors -and in Italy deafening press silence- in schools in the US state, 'Ten Years of Testosterone' by Aydian Dowling, FtM influencer who propagandises the online sale of hormones, breast-crushing bands and rubber penises, is screened. Trans-spots explicitly take the place of'sex education
Almost at the same time as The New York Times, The Times also devotes two long articles to the child transition scandal (they could have woken up before thousands of little girls and boys were ruined with drugs and hormones, but instead they kept quiet until the very end). Headlines What went wrong at the Tavistock Clinic for trans teenagers? and My puberty was chemically delayed: I was their guinea pig. We are also waiting for the Italian media to wake up, from Corriere della Sera to La [...].
Read now
1 2 3 ... 23 Next »