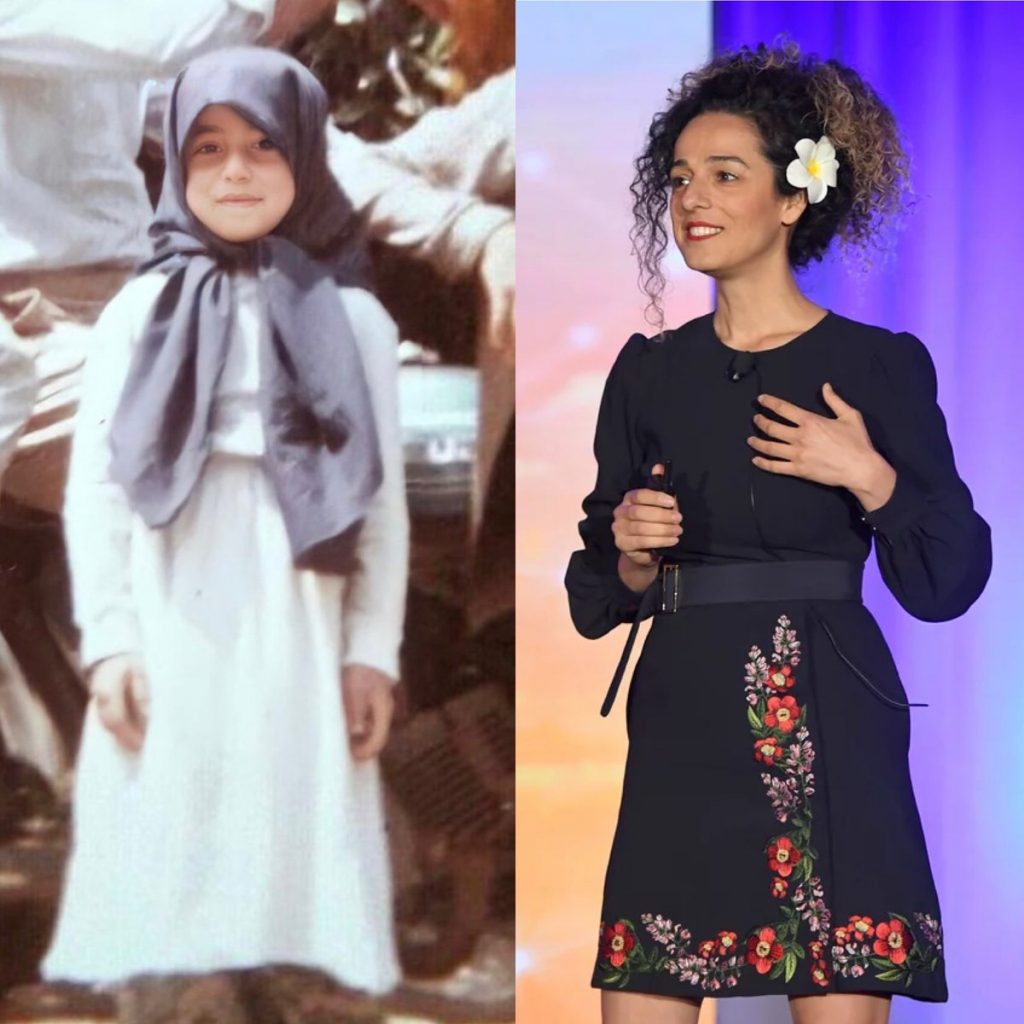 In solidarity with women in Iran and Afghanistan who risk being whipped and imprisoned if they refuse to cover their heads, Masih Alinejad called for mobilisation. She is concerned that the new US law against "Islamophobic" acts will silence all criticism. And for that Western liberal feminism that speaks of the veil as freedom. This is why she is accused of "not loving Islam".
afghanistanhijabiranIslamophobiaLet Us TalkMasih AlinejadNo Hijab Dayveil IslamicWorld Hijab Day
Please be aware that the translation of contents, although automatic, has a cost to Feminist Post but is provided to you without any charge. Please consider making a contribution via the "Support us" page if you intend to use our translation service intensively.
The contents of this site are translated using automatic translation systems without the intervention of professional translators.
Translations are provided for the sole purpose of facilitating reading by international visitors.
Share this article

As part of the social media campaign "Let Us Talkthe Iranian human rights activist and Nobel Peace Prize nominee Masih Alinejad launched 'No Hijab Day'. with the aim of raising awareness about the Iranian and Afghan women forced to wear the veil against their will.

Alinejad judges very harshly the liberal and 'intersectional' feminism that talks casually about the hijab as a free choice.

Iran requires women to wear the hijab until the age of 7. Women can be imprisoned, whipped or fined if they do not cover their hair.

Alinejad's 'No Hijab Day' was launched on the occasion of the "World Hijab Day'.which, on the contrary encourages women to wear the hijab in support of Muslim women targeted because of their faith.

According to Alinejad women oppressed by Islamic laws have the right to speak out against the hijab without being labelled anti-Muslim.

Last 15 December In the United States, a bill against Islamophobia was passed. and Alinejad expressed her concern that the law would silence legitimate criticism of organisations such as the Taliban and regimes such as the Iranian one that oppress women. For this reason, she was in turn accused of Islamophobia.

Many Twitter users supported the 'Let Us Talk' and 'No Hijab Day' campaigns by sharing photos of themselves without headscarves and clips of pre-revolution footage showing bare-headed Iranian women.

Anti-hijab activists are in prison in Iran for protesting peacefully. Saba Kord Afshari was sentenced to 24 years in prison for removing her headscarf during a protest in January 2018.

"While women in the West are celebrating 'World Hijab Day', five 'White Wednesday' activists - demonstrations against the compulsory hijab, ed - are in prison just for peacefully protesting. You can't call yourself a feminist and celebrate something that has become a tool in the hands of Islamists to oppress women and silence them" said Alinejad. "I have never heard 'World Hijab Day' defend those Iranian and Afghan women who are beaten and whipped for not wearing the hijab."

International news
Girls, Gender identity
California, transfusion of children
The American state proposes itself as a 'health' tourism destination for minors who are unable to access transition where they live. Exempting the parents and relieving the operators of any risk of litigation in the event of subsequent 'repentance'. Meanwhile in the UK, after the closure of the Tavistock, eyes are on a Scottish clinic where the experimental model (puberty blockers and surgery) continues to be applied
There is a real war going on in the United States over the ideology of gender identity and its promotion in schools. A 'culture war' pitting the elites, who fund and promote gender ideology, against the ordinary people who oppose it (see the Disney case here). While Biden from day one has made many legislative concessions to trans activism at the federal level, the Republicans have intercepted the discontent of the citizenry with various counter-legislation at the state level, such as [...]
Read now
1 2 3 ... 30 Next »