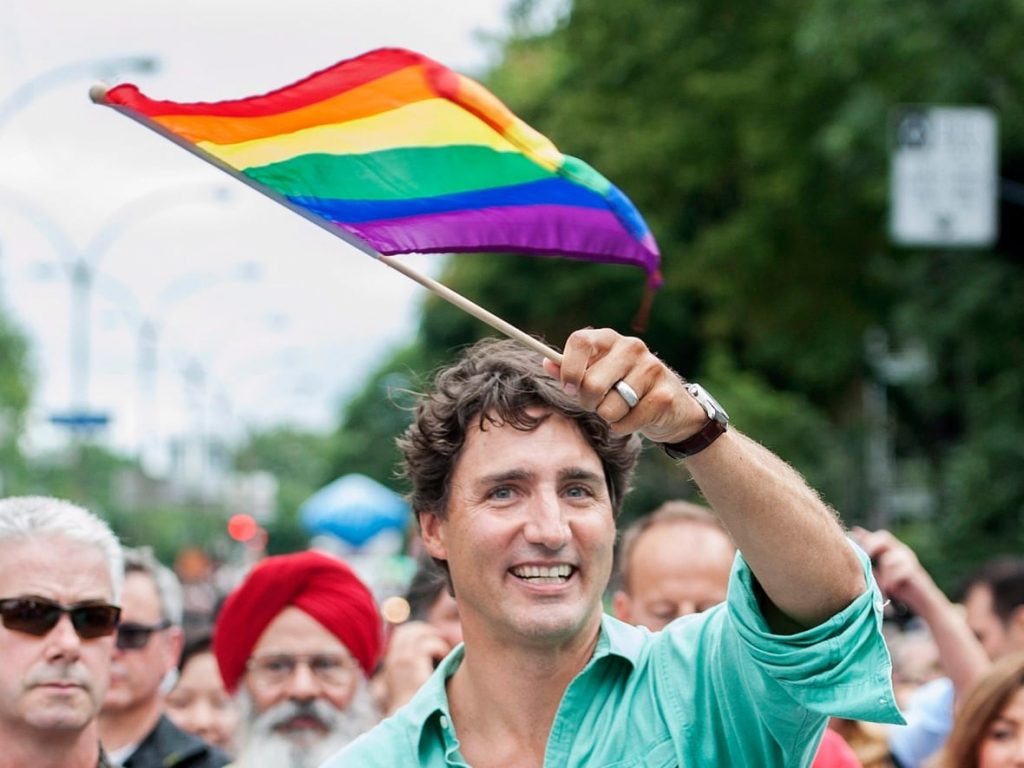 bill C-10canadacaWsbarfeminismidentity by genrejustin trudeau
Please be aware that the translation of contents, although automatic, has a cost to Feminist Post but is provided to you without any charge. Please consider making a contribution via the "Support us" page if you intend to use our translation service intensively.
The contents of this site are translated using automatic translation systems without the intervention of professional translators.
Translations are provided for the sole purpose of facilitating reading by international visitors.
Share this article

Le Canadian radical feminists raise the alarm: a Justin Trudeau's Liberal government's new bill, Bill C-10, could severely restrict or even prevent them from posting podcasts or films against gender identity or other gender-critical topics on social networks and across the web.

The law would introduce in Canada the most regulated Internet in the free world. Bill C-10 was designed to promote 'Canadian content' onlinebut a amendment approved in recent days could allow the government to order the deletion of any uploads to Facebook, YouTube, Instagram or Twitter made by a Canadian user. The bill is also presented as a curbing online hatred. In fact, you can already be prosecuted in Canada if you post content online that is defamatory, infringes copyright, violates hate speech laws, or transmits illegal content such as child pornography. But Bill C-10 proposes to subject entire sectors of the Canadian online world to content supervision by a regulatory body, including podcasts, online videos and websites. According to opponents, Bill C-10 "does not merely violate freedom of expression, but constitutes a veritable assault on free speech and the foundations of democracy". The bill initially exempted social media and was presented as a way to regulate streaming services such as Netflix and Crave. But on Friday the clause exempting social media has been deleted. This implies that every single Canadian who posts on Instagram, Facebook, TikTok, Twitter or YouTube can be treated as a broadcaster subject to supervision and sanction. Social media providers should respond to every post on their platforms, as if it were a TV or radio programme. Indeed, C-10 has been acclaimed by supporters specifically for its power to silence online voices, including news sites, podcasts, blogs, political or activist group sites and even foreign websites that could be seen in Canada, although it is assured that Bill C-10 is only meant to regulate the actions of "web giants". Michael Geist, a lecturer at the University of Ottawa in Internet Law and Electronic Commerce, has been one of the most vocal critics of Bill C-10, which he considers to be "dangerous' and 'unforgivable'.

Particularly worrying is that, as seen above, the ongoing collection of signatures against Bill C-10 was reported by Shinigami EyesGoogle extension, downloaded by tens of thousands of people, which makes the in red the names of sites and individual users from all over the world branded as homophobic and transphobic. scarlet letter to every single feminist and gender-critical website: for example, as you can see, also to Feminist Post.

The fact that the petition against Bill C-10 also appears in the list of flagged items suggests that those who oppose the law are classified as homotransphobic. And therefore that the Canadian law will be widely used to target gender critical people and views, already pre-selected with Shinigami Eyes.

Italian news
Policy
A POLITICAL HORIZON COMMON TO WOMEN OF ALL PARTIES
In the sign of Carla Lonzi forty years after her death: women voters and activists from all parties unite in the gift of a common 'unexpected programme', a horizon for a change of civilisation
"Will women always be divided from one another? Will they never form a single body?" (Olympe de Gouges, 1791) On the 40th anniversary of Carla Lonzi's death. We are women who vote for every political party. We live in every part of the country. We belong to every social condition. We are mothers and non-mothers. We have a faith, or we are agnostics, or atheists. We are held together by being women and the knowledge that what is good for a woman and her daughters/daughters is good [...]
Read now

Insights
Girls, Gender identity
Italian Society of Paediatrics: stopping puberty in dysphoric children does not cause permanent problems. But several studies prove otherwise
UK, Sweden, Finland, USA: much of the world is up in arms against puberty blockers that can irreversibly damage the health of girls and boys. The Tavistock clinic in London is closing down, a thousand families are preparing for a class action in defence of their daughters and sons who have not been properly treated, many American paediatricians are attacking their trade association which is pushing for the administration of these drugs. But for the Italian paediatricians' society these problems do not exist
According to the Italian Society of Paediatrics, the effects of puberty blockers used to treat girls and boys with gender dysphoria are perfectly REVERSIBLE: this means that if the girl/boy changes her mind about her intention to 'change sex' and suspends the 'therapy', her development will resume normally, without any definitive effects and/or health problems. This is not the case at all. The effects of puberty blocker therapy are by no means 'completely reversible', as has been demonstrated by several [...]
Read now
1 2 3 ... 43 Next »