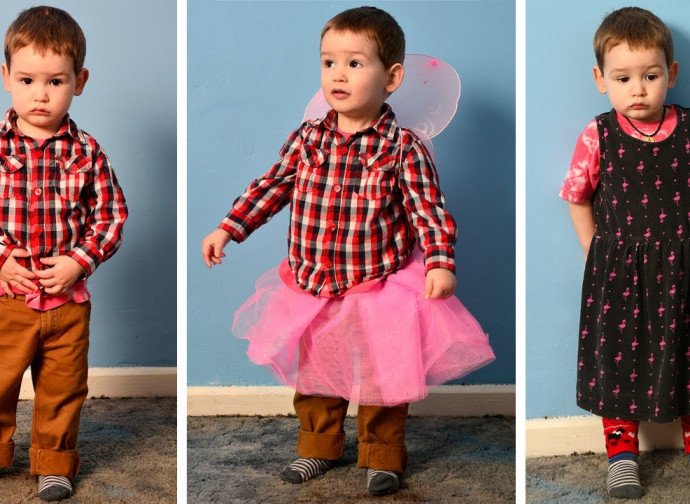 Biden: yes to hormones for girls and boys

Unlike Sweden, Finland, the UK and Australia, pioneering countries which, in view of the damage caused by drugs on children with gender dysphoria, are returning to the priority of psychological therapy, the US is pushing for immediate pharmacologisation. And they call it "children's right", saying that any other approach is "discriminatory".
approach affirmativedysphoria by genrejoe bidenminorspuberty blockerUSA
Please be aware that the translation of contents, although automatic, has a cost to Feminist Post but is provided to you without any charge. Please consider making a contribution via the "Support us" page if you intend to use our translation service intensively.
The contents of this site are translated using automatic translation systems without the intervention of professional translators.
Translations are provided for the sole purpose of facilitating reading by international visitors.
Share this article

The United States Department of Justice has released an document in which it supports the 'affirmative' approach to child transition, which provides for the immediate prescription of puberty-blocking drugs and hormones to girls and boys who say they are uncomfortable with their gender, skipping the psychological assessment not to delay medicalisation in any way. Abigail Shrier broke the news on Twitter (see here).

Once again the Biden administration has shown itself to be countercurrent to countries pioneering gender identity, such as SwedenFinland, UK, Australia, France, which have recently adopted new guidelines favouring psychological therapies (see here).

In addition, this position goes against even what recently declared by WPATH, the World Professional Association for Transgender Health, which called for caution. especially on the administration of puberty blockers to minors.

The US Department of Justice defines the "affirmative" approach - which involves drugs and surgery on the breast and genitals - as a "children's right", "appropriate" and "necessary". to their health. In addition, approaches other than the 'affirmative' approach are called "discriminatory barriers'.

In document states that 'preventing individuals from receiving gender-affirming treatment' goes against the federal government's guarantee, and that 'state laws and policies that prevent parents or guardians from following [...] [the affirmative approach] can violate the rights protected by the equal protection clauses and due process of the Fourteenth Amendment'.

It is therefore a Attempt by the Biden administration to prevent individual states from legislating for approaches other than medicalisation of children with gender dysphoria.. Approaches and laws that in the United States are clamoured for not only by parents but also by groups of professionals, including paediatricians, as we have told you. here.