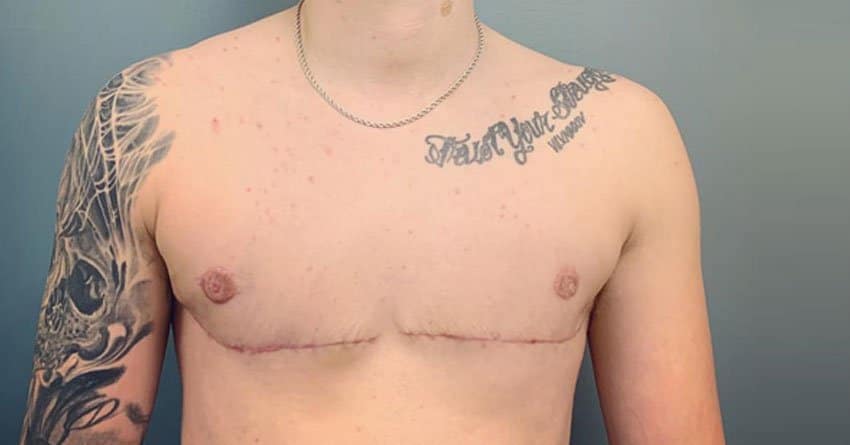 No more hormones for children: the next battle

Also in Italy the transitions of minors are increasing. If the Zan bill were to become law, the practice would be normalised. But it is gender stereotypes that must be demolished, not the bodies of girls and boys.
aifacross-sexdysphoriaKeira Bellhormonespuberty blockertransitions by minorstriptorelinvariance by genre
Please be aware that the translation of contents, although automatic, has a cost to Feminist Post but is provided to you without any charge. Please consider making a contribution via the "Support us" page if you intend to use our translation service intensively.
The contents of this site are translated using automatic translation systems without the intervention of professional translators.
Translations are provided for the sole purpose of facilitating reading by international visitors.
Share this article

If the Zan bill becomes law the introduction of the concept of gender identity in criminal law would involve some almost immediate consequences: by requesting self-id or self-certification of gender -the proposal of the MIT (Movement for Trans Identity) is ready. the normalisation of the practice of surrogacy -Here, too, a law has already been drafted to introduce so-called 'solidarity' surrogacy, which will facilitate explicitly commercial surrogacy.

Then there is the question ofHormonisation of girls and boys to start them off on the transition., practice that has already been running in our country for at least 3 yearswhich does not require any court intervention and which is all carried out in a medical setting in various public facilities in Italy. Here in the Feminist Post you will find a lot of material on the transition of minor on detransitioning.

If the Zan bill becomes law, the use of puberty blockers would be definitively normalised. as is the case wherever self-id is in force. But even if the bill does not pass, 'gender variance' diagnosesThis is how dysphoria is euphemised, and it would certainly continue to increase. The intervention in language is decisive in this process of deconstruction and derealisation of biological sex: already today we no longer talk about female or male births, but about "sex assigned at birth"as if attribution necessarily entailed a percentage of error even if the genitals were perfectly conformed, as in almost all cases (we are not talking about intersexuality).

In the judgement at the end of the case brought and won in the UK by the detransitioner Keira Bell, who had accused the British health system of initiating her transition after a couple of hasty visits, the Court highlighted the fact that the UK's health system had not been able to cope with the transition. lack of reliable data on children's transitions as well as the approximation of diagnoseswith a considerable percentage of depressed children, with eating disorders or autistic spectrum disorders treated as dysphoric.

Several recent studies have also found that the effects of puberty blockers - in particular on bone density and possibly fertility - which until a few months ago were guaranteed to be reversible, are definitive.. In other words, it was claimed that if the child stopped taking drugs, development would resume normally. This is not the case.

Yesterday's news reported by La Stampa according to which in the last 3 yearssince Aifa has used the use of the wording of the off label of triptorelin as a puberty blocker after a favourable opinion from the government's Bioethics Commission, in the city of Turin alone - Molinette and Regina Margherita hospitals - the number of diagnosed cases of dysphoria among minors rose from one to 37. The report does not specify whether these minors were all started on hormone treatment. The curve is gradually approaching that of the UK and the Nordic countries: The Economist reported a 30-fold growth in 10 years.

In Italy, this has long been the case in the UK, data on the number of children diagnosed as dysphoric and the number of hormone treatments started are not known. It is known that even here today it is mostly girls who are destined to be in 8-9 cases out of 10 to switch from blocker to final transition with cross hormones-sex-in the case of girls, testosterone and double mastectomy- once they reach the age of 16.

This will be our next battle, all the more so if the Zan bill becomes law. A necessary battle even if the law is not passed.. Children's transitions are in fact a already an established reality in our country -today in the UK you need a court ruling while in Sweden and Finland, pioneer countries in these treatments, as well as in Arkansas, blockers are no longer administered.-.

It is necessary to disclose data, applied protocols, levels of risk disclosure -or rather the content of the informed consent, to know how many and which Italian public structures diagnose and treat these children. Doctors working in this field, psychologists, psychiatrists, endocrinologists, surgeons, and more rarely paediatricians, should be consulted.

We want girls and boys to be able to grow up and define their existence according to their own inclinations and talents, free from gender stereotypes. We want a world in which this is finally possible. It is the stereotypes that must be demolished, not the healthy bodies of girls and boys. No girl, no boy is born in the wrong body.

International news
Gender Identity, Motherhood
Women attacked from left and right: the ash on the head of the New York Times
As the organ of the liberals and woke culture, the great US newspaper has been undertaking a vigorous change of course for a few months now, admitting its own excesses and the misogyny of the new progressive course committed to wiping out women. While waiting for the self-critical wind to blow in Europe too
by Pamela Paul Perhaps it makes sense that women - complacent and pleasant-looking creatures, selfless and just as pretty - were the ones who finally brought our polarised country together. Because the far right and the far left have found the one thing they can agree on: women don't matter. The position of the right is best known, the movement has been aggressively dedicated for decades to depriving women of basic rights. Thanks also to two judges [...]
Read now
1 2 3 ... 36 Next »