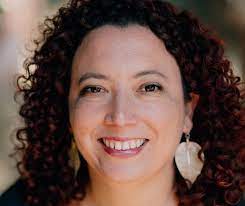 Sentence to be handed down to Maya Forstater, who was fired for saying that sex exists.

JK Rowlingmaya forstaterprocess d'appeal
Please be aware that the translation of contents, although automatic, has a cost to Feminist Post but is provided to you without any charge. Please consider making a contribution via the "Support us" page if you intend to use our translation service intensively.
The contents of this site are translated using automatic translation systems without the intervention of professional translators.
Translations are provided for the sole purpose of facilitating reading by international visitors.
Share this article

Maya Forstater, the tax consultant who lost her job two years ago for saying that men could not become women, is expected to be sentenced in the appeal process. Forstater insisted that his opinions were derived from 'material reality'.

Brilliant researcher in the field of tax evasion, two years ago the woman's contract was not renewed by the London office of the Centre for Global Development on charges of using 'offensive and exclusionary' language on social media, having tweeted his concerns about government proposals to allow people to freely self-certify as being of the opposite sex (self-id). JK Rowling was later labelled transphobic precisely because she supported Forstater.

Yesterday Forstater took his case to an appeal courtwhere he stated that the concern about children 'encouraged' to change sex at an early age prompted her to make her first comments on Twitter. At the opening of the hearing, Forstater's lawyer reiterated his opinion that biological sex is 'real, important, immutable and not to be confused with gender identity'.

At the appeal tribunal, Forstater's legal team stated: "The Orwellian label is sometimes used too casually, but here it is justified". And he described the approach of the court of first instance as "re-enactment of the journalistic language of the Ministry of Truth: even the words must be purged of undesirable meanings along with the associated ideas'.

Forstater told the appeals court that the implications of the judgment that had shaped his dismissal were "profound": "When important and widely shared convictions are deemed unspeakable in a cultural and political debate, something is clearly going wrong.

The court of first instance had ruled that Forstater's views did not qualify for protection under section ten of the Equality Act 2010, a provision that protects philosophical beliefs. Judge Tayler said the woman did not have the right to ignore the legal rights of a transgender person and "the enormous pain that can be caused by a person with bad intentions".

Ben Cooper QC, who now represents Forstater, said that his opinions were "based on fundamental scientific facts". He said that "ignoring them or pretending they are not true is detrimental to an honest, just and fair society, and in particular compromises the defence of women's rights. These beliefs do not imply any moral judgement and do not deny the rights or status of trans people or their protection from discrimination.

here the article by The Times (translation by Marina Terragni)

Insights
Girls, Gender identity
Italian Society of Paediatrics: stopping puberty in dysphoric children does not cause permanent problems. But several studies prove otherwise
UK, Sweden, Finland, USA: much of the world is up in arms against puberty blockers that can irreversibly damage the health of girls and boys. The Tavistock clinic in London is closing down, a thousand families are preparing for a class action in defence of their daughters and sons who have not been properly treated, many American paediatricians are attacking their trade association which is pushing for the administration of these drugs. But for the Italian paediatricians' society these problems do not exist
According to the Italian Society of Paediatrics, the effects of puberty blockers used to treat girls and boys with gender dysphoria are perfectly REVERSIBLE: this means that if the girl/boy changes her mind about her intention to 'change sex' and suspends the 'therapy', her development will resume normally, without any definitive effects and/or health problems. This is not the case at all. The effects of puberty blocker therapy are by no means 'completely reversible', as has been demonstrated by several [...]
Read now
1 2 3 ... 40 Next »