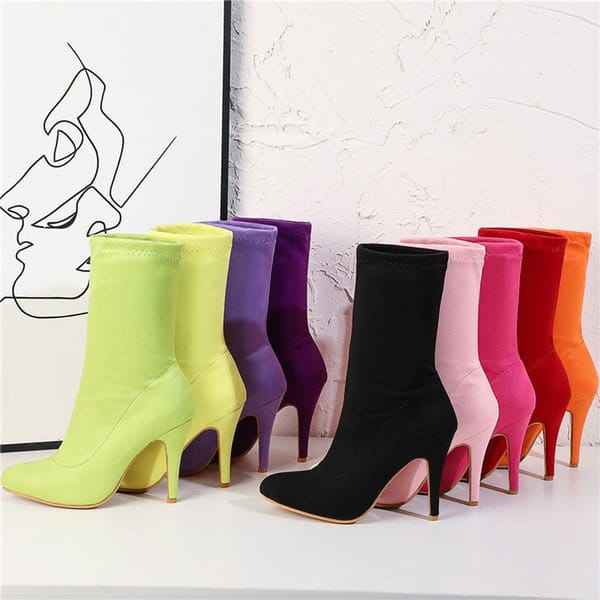 Misogyny belongs to all men, straight and gay. And so is the envious disgust for our bodies. Story of a trans-stalker
Please be aware that the translation of contents, although automatic, has a cost to Feminist Post but is provided to you without any charge. Please consider making a contribution via the "Support us" page if you intend to use our translation service intensively.
The contents of this site are translated using automatic translation systems without the intervention of professional translators.
Translations are provided for the sole purpose of facilitating reading by international visitors.
Share this article

I see girls wondering why it is that some men, when they speak ill of themselves, use the feminine. Like 'what a fool I am' or 'I was a pig'.

This is exactly what I saw the Transfeminist demonstration on 8 March in Florence.

On the same 8 March in Madrid as in Paris, feminists demonstrating against the exploitation of prostitution were attacked.

In Florence a man dressed as a dog took the stage and told those present, speaking about himself in the masculine sense, that he is a woman because he chose to give his asswhich is better than being a worker.

Listening to it reminded me of a friend and gay colleague. towards the end of my pregnancy he He bought a dog, a beautiful boxer, which he decided to give the name I had chosen for my son.

I had always believed that he was pretending not to understand why it bothered me so much, but seeing the man dressed as a dog on stage I had an epiphany:  for my friend the difference between bitch and woman was laughable and his buying a dog was my having a child; maybe he wanted to be me? Was the process of identification completed by assigning the same name? Who knows?

The moment my pregnancy became evident his anger increased. He waited for me to come out and follow me, once tripping me. Luckily I managed to move house before further escalation, but that's another story.

So the news of a pregnant woman being beaten up by a trans man over an argument about an occupied toilet in a train brought back old memories of patterns of behaviour already seen.

Our body amazes, frightens or disgusts those who do not have it. And for some, seeing a pregnant woman is a trigger.

I am reminded of the disgust with which some gay friends once spoke about menstruation, the fact that there were also lumps in the middle. I don't want them in the car, what if they stain the seat? What about the smell? They're disgusting, I don't know how it's possible to think of sticking it in that ugly thing.

I didn't wonder at the time how they, these male and gay friends, knew about the lumps or that it was 'ugly'. When and why had they, all of them, seen menstruation and fia?

Only recently I discovered that there is an all-male fetish about menstruationSome enter the toilets to look for abandoned tampons and reuse them. Others put on coloured suppositories and take laxatives to simulate the flow. Others 'give birth' to plastic babies.

However, on this occasion, while the gay friends said they were disgusted by the female body, the most ridiculous thing was that some of the women in the group nodded off, as if pretending not to have the same biology would protect them from the morbidity of those descriptions.

It is a delusion that they are better than the others, that this attitude, these discriminations only concern ugly women without red heels or stupid bellies or bad terfs. If they get male contempt, violent or not, they have asked for it.

Believing oneself to be safe from male violence is like deluding themselves that only straight men are affected by misogyny.

Believing that violence can be controlled, that it can be dosed, that it can only be used for certain purposes, has proved to be a bad choice all along and leads to selective blindness to the evidence that that same violence exists.

Insights
Gender identity, Male violence
Girls removing their breasts
Transactivist propaganda invites girls uncomfortable with their female form to compress their breasts with special bands (binders), the first step towards the final mastectomy. The same misogynistic violence as the traditional 'breast ironing' practised in Africa. In the UK, the publicly funded charity Mermaids is under indictment for sending binders to teenage girls against parental advice.
Breast ironing is a horrible practice still in use in some regions of Africa, particularly in Cameroon. It involves the destruction of the breasts of adolescent girls by red-hot instruments -old irons, spatulas, stones or shells- and is generally practised by the adult women of the family. The purpose is to make the girls less attractive in order to save them from rape and early pregnancies that could tarnish the honour of the family group. The practice causes serious damage to the health of teenage girls, [...].
Read now

International news
Gender identity
SPAIN: SOCIALISTS AGAINST THE TRANS LEY
Unlike their Italian counterparts from the PD and the left who stand for free gender identity, the Spanish progressives break with the PSOE's transactivist policies in defence of women and children. In their manifesto the excellent arguments against what, if passed, could be the worst transactivist law in the world
Breaking with its party, the PSOE, and sending a signal to the women of the European left, who are generally aligned in defence of transactivist diktatism, the Federación de Mujeres Progresistas launches a courageous manifesto against the Trans Law wanted by the governing majority in Spain (PSOE and Podemos) and being approved by an emergency procedure, without an effective parliamentary debate or a wide public discussion. The initiative also comes in response to the clamorous break between historical Spanish feminism -united in the Contraborrado cartel- [...].
Read now
1 2 3 ... 33 Next »