Various
Gender identity
FtM and MtF, the two faces of transition
More women than men are transitioning - indeed, more girls than boys - reversing the proportions of the past. But the two apparently different phenomena do not emerge from the phallogocentrism and normativity of the male gaze. The fight against gender stereotypes needs to be intensified. Especially for the sake of minors
The phenomenon of transition appears to have profoundly changed in the last thirty years. The main change - though not the only one - concerns the biological sex of the people who decide to transition, which is now more females than males. Female-to-male FtMs were once an absolute rarity. The proportions were roughly one FtM for every hundred MtF, and even then they were two worlds anthropologically different and distant from each other. Today, FtMs make up the clear majority [...].
Read now

Various
Gender identity
FtM and MtF, the two sides of transition
Today, more women than men - or rather, more girls than boys - are in transition, reversing the proportions of the past. But the two apparently different phenomena do not escape the phallogocentrism and normativity of the male gaze. The fight against gender stereotypes must be intensified. Above all, for the sake of minors.
The phenomenon of transition appears to have changed profoundly over the last thirty years. The main change - though not the only one - concerns the biological sex of the people who decide to transition, today more females than males. Once upon a time, female-to-male FtMs were an absolute rarity. The proportions were roughly one FtM for every hundred MtF, and even then they were two anthropologically different and distant worlds. Today FtMs constitute the clear majority of early transitions -7-8 cases out of 10- and [...]
Read now 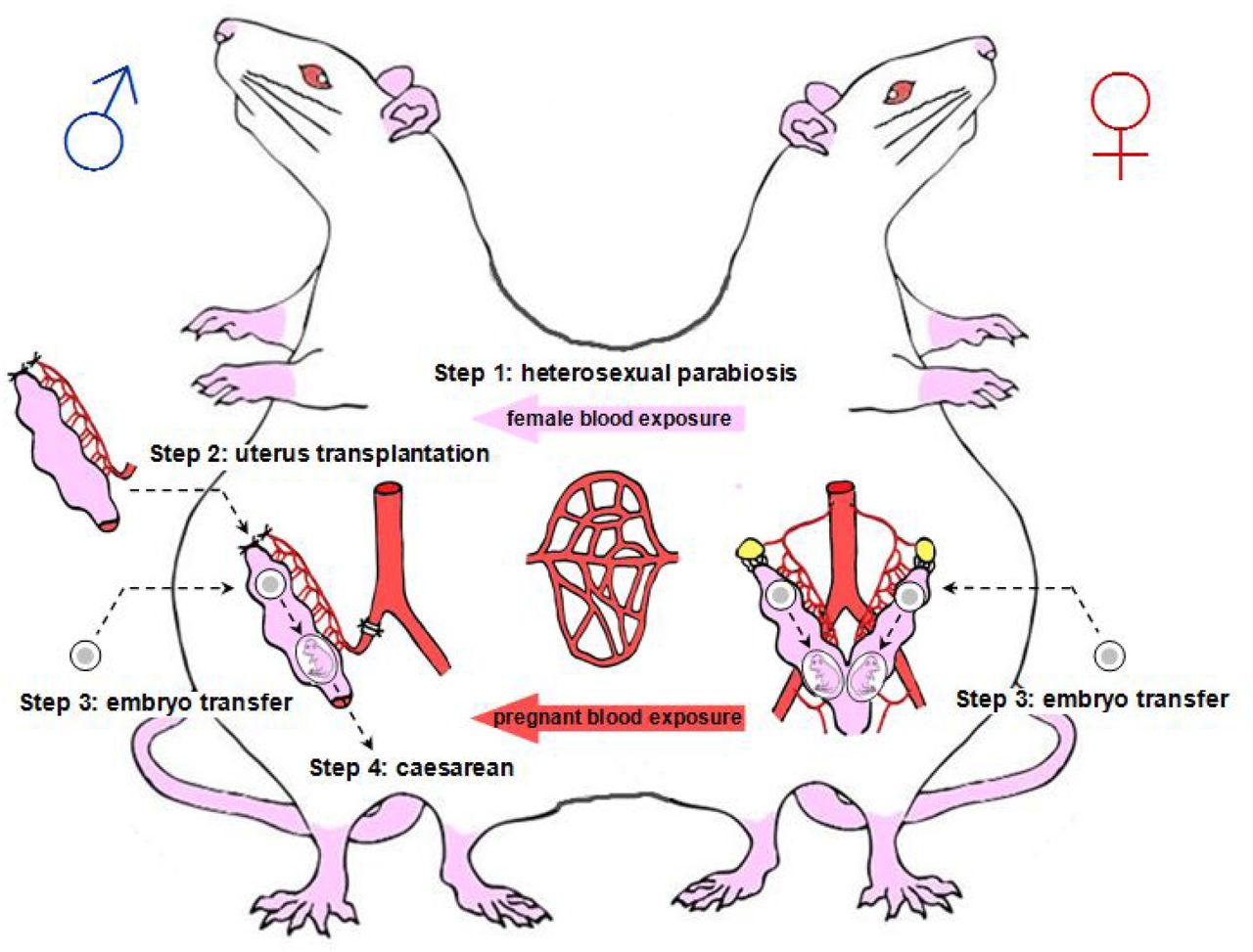 Various
Radical Feminism, GPA, Motherhood
Pregnancy of male mice to achieve human male birth: biotech experiment
Surgically attaching a pregnant female rat to the male uterus-transplanted rat so that its 'pregnant blood' nourishes the male pregnancy like an elixir. Objective: the business of trans gestations, defined as a 'human right'.
What is the point of taking a male and a female mouse, surgically attaching them as Siamese twins -parabiosis-, connecting the two circulatory systems to run the female's blood through the male, castrating the male, transplanting a uterus into his body, artificially impregnating the female, inserting embryos into the male mouse's uterus as well, and conducting the two pregnancies until both are delivered by caesarean section? Surely it does not serve the objective to make male mice give birth or male lambs or oxen or [...]
Read now

Italian news
Gender identity
Uterus transplantation for trans MtF (male born)
Not only 'pregnant men' (trans FtMs, born women) as covered by L'Espresso: bioethical criteria for uterus transplants have recently been revised. The uterus can also be received by trans-MTFs, i.e. biologically male. For a complete transition
The cover of the latest issue of l'Espresso probably appears to most as a provocation. Those who follow certain scientific literature, however, know well that what was drawn is already reality, and has been for a while. Pregnancies in women who identify themselves as men - FtM, the acronym (Female to Male) - such as the one drawn on the cover of the weekly - are certainly nothing new: it is sufficient to search the sector databases (Scopus or WOS or Pubmed, for example, recognised for scientific publications evaluated for [...].
Read now