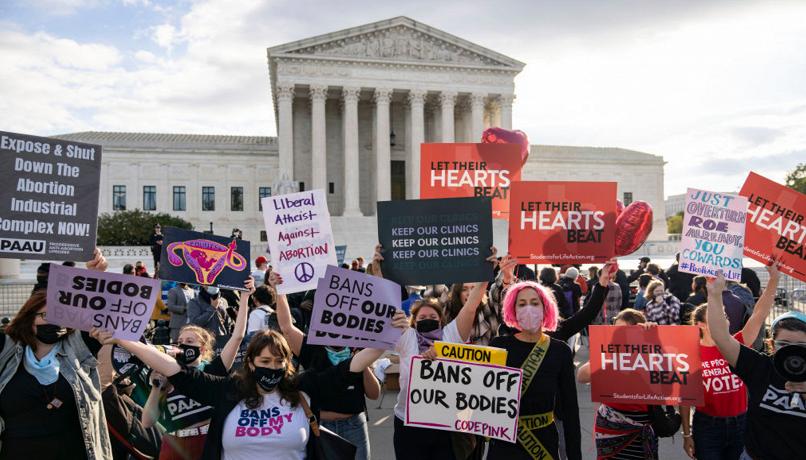 International news
Maternity
Abortion in the USA: something doesn't add up
A "little hand" brings out in advance a Supreme Court ruling that would make the termination of pregnancy illegal. To whose advantage and why? With what consequences for the midterm elections, in which Biden was expected to lose? And what has gender-critical feminism, which some liberal observers want to blame, got to do with it?
A real political bombshell, thrown just a few months before the midterm elections, is the draft ruling of the US Supreme Court, which has fortunately leaked, that would make abortion illegal in the United States, overturning the historic Roe v. Wade ruling that made it legal in 1973. In the meantime, it is a draft; the final ruling is expected in June. It is also a question of who's 'little hand' it came from, and why. It could have been any of the conservative justices (Clarence Thomas, Samuel Alito who would [...]
Read now