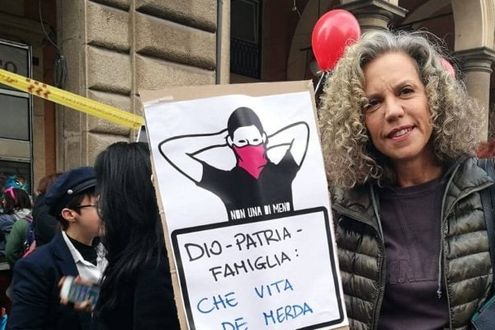 Italian news
Gender Identity, Politics
Cirinnà master
Debate on #ddlZan organised by PD Lazio. Together with the first signatory Alessandro Zan, Monica Cirinnà, the head of the PD Women's Conference Cecilia D'Elia and a single critical voice, that of Valeria Fedeli. The gist: Zan in an unprecedented mode of dialogue - of which we hope finally to be able to take advantage - and against the violent language, ok; Cecilia D'Elia convincedly pro-Zan informs that the feminism PD is modernly "intersectional" (probably D'Elia has not yet recorded the rising wave, much more up to date around the world, [...].
Read now